GOING BEYOND THE GMO LABELLING DEBATE

Before starting any conversation about whether or not so-called genetically modified foods— commonly referred to as GM foods or GMOs—should be labelled, I like to make one thing clear: this is not a discussion about health and safety. We have been eating foods containing GM ingredients for two decades. These foods have a remarkable food safety record. People around the world have eaten innumerable meals containing GM ingredients without a single credible case of harm.

There is an international consensus in the scientific community around the safety of these crops. The American Medical Association, the World Health Organization and regulatory agencies around the world, including Health Canada, have concluded that GM crops are just as safe as non-GM crops.

Here in Canada, food labels specifically identify nutrition and safety information. GM crops go through a rigorous health and safety assessment by Canada’s world-class regulator to ensure they do not pose a risk to human health or the environment. To label foods containing GM ingredients could cause fear and confusion for consumers, suggesting there is a safety concern where there isn’t one. As it stands, consumers can choose to avoid these products if they wish by purchasing foods labelled as organic.

However, the fact that our industry does not support the mandatory labelling of GM food does not mean we’re not proud to talk to anyone who asks about the role this technology plays in producing the safe and affordable food that we as Canadians have come to enjoy. What I find particularly concerning about the debate around whether or not

What I find particularly concerning about the debate around whether or not to label these foods is what’s being left out of the conversation. GM crops are part of the toolbox that has made farming more sustainable than ever before. As some brands and groups try to portray a move away from such crops as a move toward sustainable agriculture, nothing could be further from the truth.

Thanks in part to their use of tools like pesticides and GM crops, farmers produce more per acre than at any other time in history. This is not only good for the farmer, it’s good for the environment and it’s good for Canadians.

The world population is growing and we need to continue to produce more food to meet rising demands. Today’s farmers are stepping up to the challenge in a big way, growing more food on existing farmland and leaving valuable wildlife habitat untouched.

In fact, without using pesticides and these crops created through modern plant breeding, we’d need to turn an additional 35 million acres into farmland to produce what we do today in Canada—that’s the total land area of New Brunswick, Nova Scotia and P.E.I. combined. That’s a significant amount of forest, native grasslands and wetlands that are safeguarded through the use of GM crops, which is a boon for biodiversity in this country.

GM crops have also been one of the innovations that have helped farmers adopt conservation tillage practices. Herbicide- tolerant crops brought in a new era of weed control, allowing farmers to apply pesticides to eliminate weeds rather than relying on the old practice of plowing the soil, known as tillage, which is extremely hard on the soil. By reducing tillage, farmers have been able to improve the health of their soil, something that is fundamental to any sustainable agricultural system.

Pesticides and GM crops have allowed farmers to work more efficiently using fewer resources. They have been able to limit the number of times they pass over their fields with tractors, which saves huge amounts of diesel fuel from being burned and reduces greenhouse gas emissions by almost 30 million tonnes a year.

In addition to the environmental benefits, Canadians also see the benefits of food derived from these enhanced crops at the grocery store. In fact, Canadian families save about 55 per cent on their grocery bills, or about $4,400 per year, because farmers use pesticides and GM crops. That’s a significant savings that allows more Canadians to feed their families while enjoying a healthy and nutritious diet.

While we all debate whether or not GM foods should be labelled, we shouldn’t lose sight of the incredible success story this technology represents. 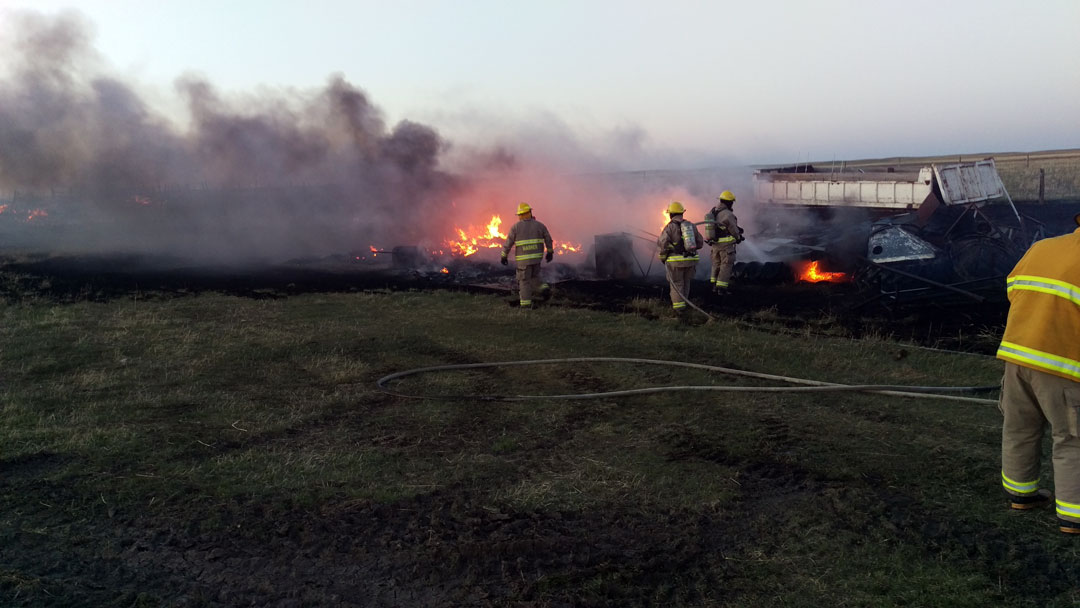