The 2015 crop year certainly had its moments, but overall it could have been worse. A difficult growing season that ranged from too dry to too wet, depending on the region and the month, was followed by a stop-and-go harvest season.

Overall, farmers report yields ranging from slightly below average to excellent. And going a couple steps further to the Canadian and world markets, grain stocks and prices appear to be holding steady, but as of early winter there didn’t appear to be any outstanding price performers, either. One exception might be a stronger market for some pulse crops.

The 2015 crop year was challenging for Alberta farmers, as regional conditions were all over the board. There appeared to be a few weeks where general conditions looked pretty bleak, but with timely rainfalls, and as combines rolled, yields weren’t as bad as many had feared.

According to Alberta Agriculture and Forestry estimates, average spring wheat and durum yields in the province were 40.4 and 36.9 bushels per acre, respectively. Barley yielded 58.9 bu/ac on average, while canola came in at 36.4 bu/ ac. For spring wheat and durum, these numbers represent 86 and 85 per cent of their five-year average yields. The reported yield numbers for barley and canola equal 90 per cent and 95 per cent of their five-year averages, respectively.

VARIABLE SEASON
A sampling of farmers reported a range of growing season and harvest conditions. In southern Alberta, Josh Fankhauser of Claresholm said that, after a dicey start with too much moisture, yields were generally above average.

“We were extremely wet in 2014 and that subsoil moisture carried over to 2015,” said Fankhauser, who, along with family members, crops about 7,000 acres. “We had about three inches of rain right after seeding, which put us into an excess moisture situation again. We had 100 acres of canola that were completely flooded out.”

But after the wet start, conditions dried out and the moisture carried an excellent crop through to harvest. “Our winter wheat and spring wheat were above-average yields,” he said. “Harvest went quite well. We had some rain, which downgraded about a quarter of our production, but we can blend that off for overall good quality.”

Near Stony Plain, just east of Edmonton, Bryan Adam reported his yields were generally below average. His growing season started out dry at the critical germination time, but then some timely rains later in the summer brought the crops along.

“On our farm—and I heard other reports too—the lower areas of the field yielded pretty good, but once you went a few feet up the slope it was pretty thin,” said Adam, who produces barley, Canadian Prairie Spring Wheat and canola. Slow germination and uneven maturity also presented a challenge. Every bushel of barley had to be dried, and in October he was waiting for the green areas of the wheat crop to mature before combining.

Overall, Adam said canola yielded about 40 bu/ac (compared to a more average 50-bushel yield). Barley, and likely wheat, would yield about 50 bushels rather than a more normal 75 bushels, he added.

VARIED PEACE CONDITIONS
Further north, in the south Peace River region, Gerald Finster said he was surprised at how well the crops did on his farm near Valleyview.

Finster said they had good spring moisture, which helped crops germinate evenly. It then turned dry in June, but timely rains in July at the head development stage helped to produce above-average yields. “I’d say it was a combination of timely rains and less disease pressure that really contributed to the yield,” said Finster, who produces wheat, barley, oats, peas and canola.

Harvest was a bit challenging for Finster, as it seemed to rain “every weekend,” which delayed him for a few days each week. The straight-cut oats had to be dried, and the wheat was combined at 16 per cent moisture and dried down through aeration. Overall quality was quite good— canola graded No. 1 and wheat came in at No. 2, which is average for that area. Oats and peas were good quality, too.

Heck said there was about eight-tenths of an inch of rain just around seeding in early May, which helped with germination, but really spotty rainfall after that. The rest of May through August was dry. “We got maybe one- or two-tenths of rain here and there but it didn’t do a lot,” he said. “The end of June and early July is a critical time for moisture for cereals and we were very dry. There were some later showers that helped the canola, but any moisture we got after mid-July didn’t help the wheat.”

Some showers did show up in early September to interrupt harvest. With the risk of rain, and wheat that had very weak straw, Heck decided to combine and dry the wheat before the standing crop went down.

“Overall, we were disappointed with the wheat crop,” he said. “Wheat was below average but the canola was surprising, as it came in at about average. We were dry here but it was quite variable. Some areas in the Peace had one inch of rain, and then you went three miles away and they had 4.5 inches. We were luckier than some.”

PRICES HOLDING
Yields just below or near average reflect the mood of commodity markets heading into winter, said Neil Blue, an Alberta Agriculture and Forestry market analyst based in Vermillion. There doesn’t appear to be any dramatic news one way or the other Blue said, as he looked at late-fall supplies and price outlooks.

“Wheat right now, for example, is pretty flat in terms of price,” Blue said. “Wheat is obviously a commodity on the world market and the world was pretty well supplied with wheat this fall. We are seeing a lot of different grades out there, which will fit in a range of markets, and really that is a good thing.”

While in the coming months there could be some weather-related rumours or developing issues affecting wheat production, which could affect prices, Blue said, “Overall, at the moment I don’t see anything that is really going to push the market in any particular direction. Prices are pretty flat right now, and I would say it is a good time for producers to watch for basis opportunities as well as forward pricing opportunities to capture some carrying charge in the market.”

Looking at feed grains, such as barley, he said there were no strong signals for price change in late fall. Calf prices had dropped, and feeder margins were tight or negative, and that could weigh on feed grain prices. However, feeder cattle exports to the U.S. (as of late November) are 25 per cent lower than last year, implying more cattle to be fed here in Alberta this winter. Also, with limited supplies of hay this year, producers could be using more grain to feed with straw as an alternative wintering ration. Blue expects feed grain prices to slowly improve during the winter, but the degree of that improvement will depend on winter weather.

Similarly, he didn’t see anything major on the horizon with canola prices heading into 2016. Canadian and world production of canola was down in 2015. However, there is increased crush capacity in Canada and overall supplies are fairly tight. “I don’t see anything crazy happening with canola prices, but again it is a good time for producers to watch for basis opportunities when marketing.”

Blue said field pea prices, particularly yellow peas, have been a shining star, with late-2015 prices as high as $10.50/bu, and forward contract prices for next September of $9/bu. The main driver has been demand from India, which is still overly dry in some production areas after two seasons of below-average yields. Lentil prices are also very good, with current prices of 40 to 50 cents per pound and new crop bids of 30 to 36 cents per pound for most types.

January 6, 2016
With widespread dry conditions, the 2015 growing season was a roller coaster for many farmers. Some areas received enoug... More
Prev Post HOW WILL THE MARKET HANDLE THE NEW WHEAT CLASS?
Next Post AGAINST THE GRAIN 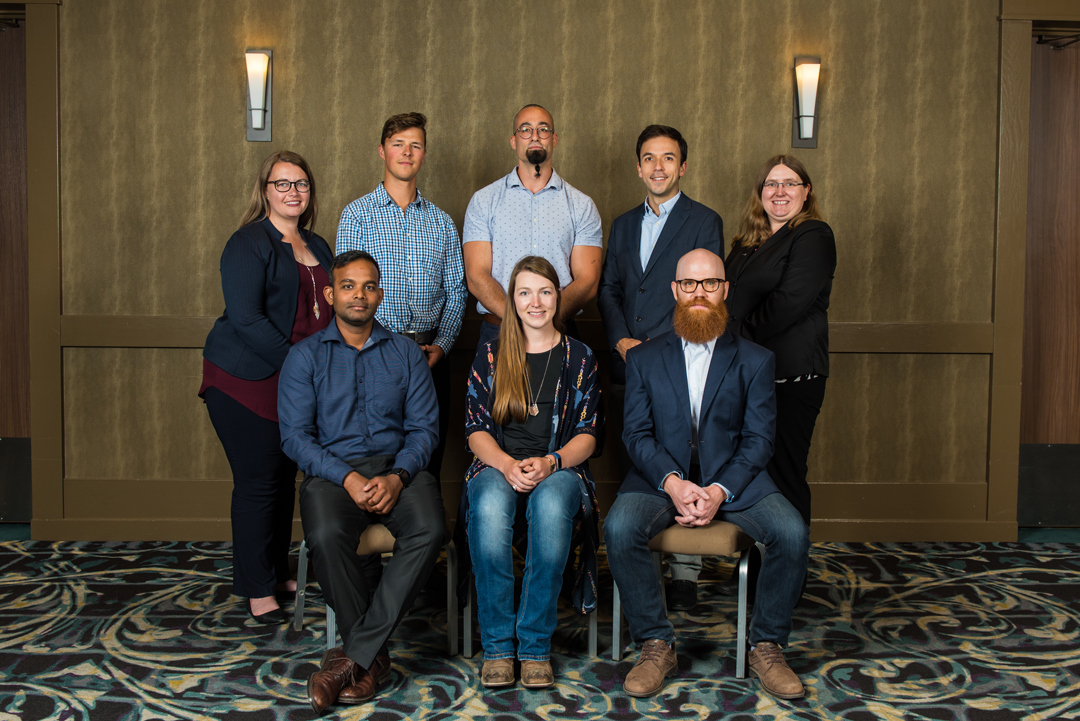