Those in the commercial seed treatment industry will have to change some of the ways they operate, thanks to new industry standards outlined by CropLife Canada, an industry-led advocacy group focused on sustainability and biotechnology. The new guidelines were released to the public in 2014, but operators will have until 2017 before they are required to implement them. While most operators should be able to make the necessary changes, there are concerns that some will find compliance too onerous, thus reducing farmers’ access to competitive seed treatment options. Another worry is that farmers’ ability to treat their own seed could be affected over time.

“What we’ve really tried to accomplish is to standardize the process in terms of how seed-treatment products are handled and applied,” said Russel Hurst, executive director of sustainability and stewardship for CropLife Canada.

The new guidelines are industry standards, rather than government regulations, and will be enforced by an independent, third-party auditor. Once the guidelines are in place, all seed-related companies will be audited every two years.

As of 2017, designated seed-treatment products can only be handled by accredited operations. Groups affected by the implementation of the new standards include seed-treatment companies, agricultural retail facilities, seed growers who treat commercial seed, and seed-cleaning co-operatives.

According to Hurst, the changes will not affect average producers and what they do on their farm. He said producers will benefit because the standards for how seed is to be treated will ensure a more consistent product. Hurst is expecting the new seed-treatment guidelines to create a more level playing field for everyone in the seed treatment industry.

“There are sites that far exceed what we’re looking for, but there are also sites where there are opportunities for them to improve their operations,” said Hurst. “I think it gives them an opportunity to understand where their peers are at and modify their operations.”

The new standards consist of 76 protocols; 66 are based on existing regulations, which are mainly federal or provincial laws, and the remaining 10 were developed from industry best management practices. A number of parties helped to develop the guidelines, including industry and government stakeholders; members of the Canadian Seed Growers’ Association; various representatives from provincial agriculture and environment ministries; CropLife Canada members, registrants, seed dealers and distributors; and representatives from the Pest Management Regulatory Agency.

In order to comply with the standards, Hurst said some operators might need to make adjustments to building siting and structure. “An example of this would be asking for appropriate ventilation in the treatment area. If they’re treating seed on a dirt floor, we probably want them to change the floor to a cement or an impermeable floor base in the event of a spill.”

Operators will also need to increase their documentation, and provide training and education to all employees. Documentation must be in place for a host of potential issues, including health emergencies, chemical spills and fires.

Hurst acknowledged that the new standards will require more paperwork, but said they should help the operations from a management standpoint.

Will Van Roessel runs Specialty Seeds in Bow Island and has his doubts about the proposed standards. He received a pre-audit and will have to make a number of changes to his operation to meet the guidelines.

“Some of it is of questionable benefit,” he said. “The interesting thing is that none of these things that we’re asked to do will be a benefit to the customer— the people we’re selling seed to. It will definitely increase some of our costs, but it’s not going to make things better for the people who are buying seed from us. That’s one of my concerns.”

While some of the new guidelines make sense, other protocols seem to be geared to large indoor operations, where seed is being treated year round, he added. At Van Roessel’s operation, all the seed treatment is done with portable equipment outside, so the risk of fire is minimal. He plans to look at the time and costs involved, and if the numbers do not work for him, he might consider contracting out the seed treating to another operation.

“If I was in a situation where I was setting up a new seed-treatment facility and was planning to be in it for a considerably long time, it wouldn’t be a big problem to incorporate some of these ideas into a new setup. But when you’ve already got something that works well, does a good job for customers and doesn’t seem to have any safety hazards, then you wonder if it’s worth changing,” he said.

Warren Sekulic, a farmer from the Rycroft area is also concerned. “As it stands now, the concern I have is lack of access to good seed treatment and to new products. As we move forward under this new regime, I’m scared that I won’t be able to access new products, and that they’ll keep all the good, new ones under the commercial label,” he said.

Sekulic and his family sell pedigreed seed, and do seed treating for their own operation. Under CropLife’s proposed guidelines, he’s worried that he might be forced to use third parties to do his seed treating. He wants to ensure that farmers like him continue to have access to new technologies. Up in the Peace country, many large farms do treat their own seed, because there aren’t a lot of seed growers that do custom treating in their area.

“Down south, you have more seed growers, and they do their own treating and there’s more of a culture of buying certified seed. That might affect them a little more than us,” he said.

Sekulic also expects that seed treaters will have to maintain a higher standard of documentation and shoulder a larger regulatory burden.

regulatory burden. “The people at CropLife say that the impact on us will be minimal. It will only be for treatments labelled commercial, but the concern is how the labelling will be made in the future. Will we be restricted to products that aren’t as good?” he said.

Rick Stamp of Stamp Seeds in Enchant sat in on some of the talks when the new seed treatment guidelines were being discussed.

“I’m a little bit concerned because it’s a big undertaking to meet some of these regulations,” he said. “We’re not against what they’re doing.”

For the past five years, the Stamps have been in the process of updating their own seed treatment system and facility.

“We were already in the process, so that’s good. It doesn’t scare us too much because we knew it was coming, so we have been trying to prepare for it,” he said.

His family has been slowly updating their own operation over the last five years in preparation for the changes and he does see an effect on certain types of producers, depending how it is deployed.

Some farms won’t be able to purchase certain products, and will need to get that seed treated by commercial application or by a facility that has been set up to do that. The program may also have consequences for mobile seed treaters.

But Stamp said that being in the program is part of farmers’ social licence to operate, and shows that farmers are being proactive.

January 6, 2016
With widespread dry conditions, the 2015 growing season was a roller coaster for many farmers. Some areas received enoug... More
Prev Post TRADING PLACES
Next Post HOW WILL THE MARKET HANDLE THE NEW WHEAT CLASS? 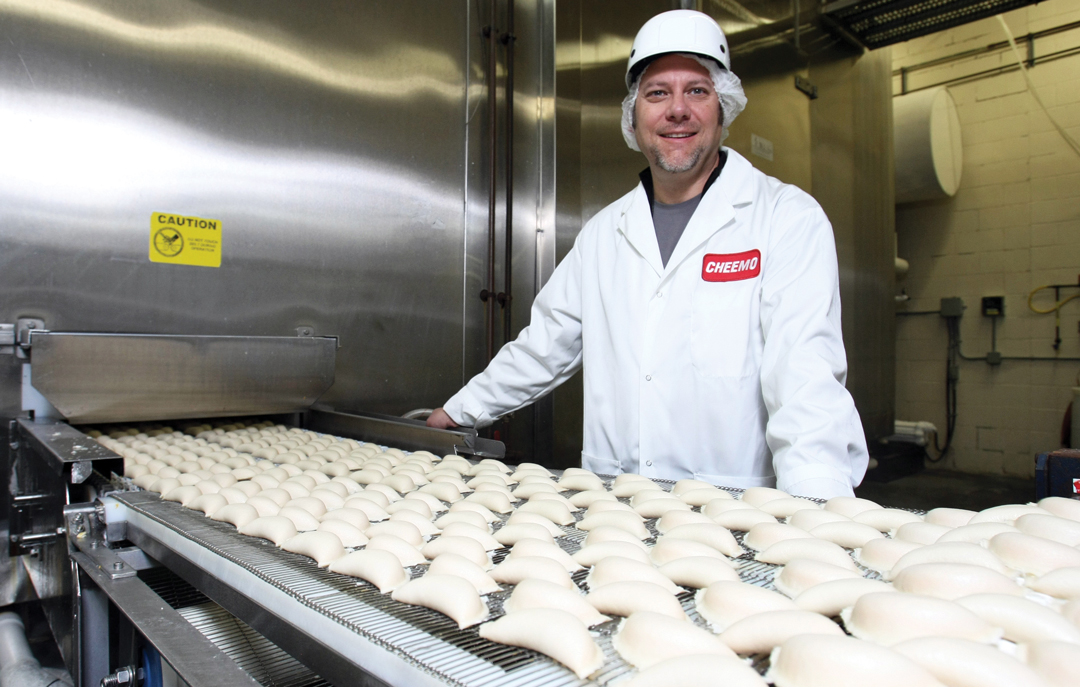 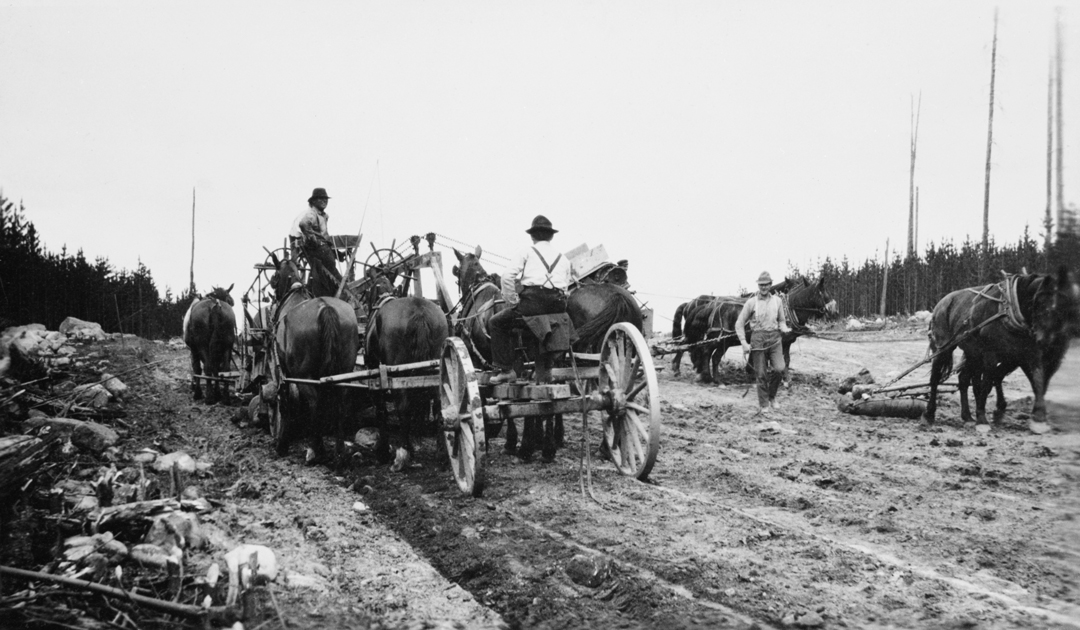