BY ELLEN GOODMAN • PHOTO COURTESY OF THE UNIVERSITY OF SASKATCHEWAN

Researchers from the University of Saskatchewan (U of S) have been awarded major funding in support of cutting-edge crop research geared to ultimately improve characteristics such as yield and disease resistance in wheat. Agriculture and Agri-Food Canada (AAFC) and National Research Council Canada scientists as well as collaborators in Canada and the United States will also work on the project.

Professor and wheat breeder Curtis Pozniak along with AAFC molecular geneticist Sylvie Cloutier are co-leading a four-year project titled 4D Wheat that was awarded $4 million by Genome Canada with additional funds from government and industry topping $11.2 million. The amount includes $1.9 million from the three Prairie wheat commissions and $2.8 million from AAFC. The Alberta Wheat Commission’s share of the funding is $600,000.

“Our project is focused on developing strategies to maximize use of genetic resources in wheat breeding,” said Pozniak. The project will focus on durum wheat, spring wheat and winter wheat. Simply put, this next big thing in wheat genomics research will identify genes that will be of use to breeders and ultimately produce new varieties to benefit farmers. These genes may provide resistance to disease or drought.

Launched in October 2019, the project involves the use of germplasm from the seeds of wild wheat relatives and historical landraces used by early farmers. Researchers will study the DNA sequencing of these plants and use this information to design strategies to support wheat breeding.

“What we’re trying to do is gain access to the good genes present in wild relatives and introgress them into elite cultivars in a much more efficient way than has been done in the past,” said Pozniak. Introgression, or introgressive hybridization, involves the transfer of genetic material through hybridization and repeated backcrossing in plant breeding, where a desirable trait can be transferred from a wild relative to a crop species.

Pozniak estimated about 500,000 wild wheat relatives are available globally for breeding. However, breeders can’t systematically assess and use them because of linkage drag, which is the impact of genes with negative traits that are usually introduced along with those that are beneficial.

“When you’re making those crosses, you might transfer good disease resistance, but there are also negative traits that come along with it,” said Pozniak. “So, we are using genomics to identify only the good genes we want to bring in and get rid of those parts that are not all that useful.”

The three Prairie wheat commissions have been supportive of the Genome Canada grant and other recent projects that 4D Wheat builds on, said Pozniak. “Producer groups have been active funders in supporting genomics research for applied breeding in wheat. That has really elevated Canadian scientists to international success in terms of recognition for the work that we do.”

In turn, the recent Genome Canada funding has shifted its focus to end users, said Pozniak. “Wheat producers across the country were consulted and are part of the project. Producers were involved in the process and helped push us forward in terms of our objectives.” He said because of this, the project has emphasized farmer-friendly plant traits such as disease resistance.

“Producers recognize that within our project we have all the pieces,” said Pozniak. “We have basic research, genomics research and also translational research to make sure what we discover can be translated into breeding programs and ultimately into varieties for their farms.”

Project co-leader Cloutier said 4D Wheat creates an opportunity to add to previous research. “We already have good knowledge of resistance to Fusarium head blight (FHB), leaf rust, stripe rust and powdery mildew,” she said. The project will examine gaps in this knowledge to identify as-yet-undiscovered resistance genes such as for rust in wheat lines.

Introducing new varieties that incorporate these resistance traits in combination with suitable agronomic practices could see positive gains in crop grade as well as food safety. Also, producing a genomic platform where breeders have access to seeds that have already been developed in pre-breeding would likely save time and create greater efficiency in their work, said Cloutier.

“I think these large-scale projects allow us to think outside the box,” said Cloutier. “They really allow for that reach for new ideas where you have the opportunity to experiment and work with a large team of experts across the country.”

Funding awarded to another U of S researcher will support investigation of molecular communication within plants. Byung-Kook (Brian) Ham was awarded $225,000 by the Canadian Foundation for Innovation for state-of-the-art imaging equipment to support this work. Ham serves as the Global Institute for Food Security research chair of plant molecular signalling and is an assistant professor in the U of S Department of Biology. Scientists in Canada, the United States and China will collaborate on the project.

Signalling molecules such as proteins are used by plants to co-ordinate activities within their various parts. Plants also use them to respond to environmental factors that impact functions such as growth.

Ham’s project will focus on how this molecular signalling contributes to mineral nutrient uptake and usage in crops such as wheat, canola, rice, potatoes, tomatoes and lentils. The aim is to help scientists improve the efficiency of nutrient use and acquisition by plants.

A special microscope has been customized for this work to assist in collecting information on the vascular system of cucumbers. This will be the basis for further study on how signalling molecules function in more complicated plants such as wheat.

“If we determine the function of candidate genes [upon] long-distance signalling molecules, especially in seed productivity and development via the plant vascular system, it means that those are potentially involved in grain productivity of wheat or rice,” said Ham. “Those candidate genes may act to increase important grain traits. In future, we plan to examine the function of our identified genes in wheat and rice regarding sustainable crop yield under non-optimal soil conditions.”

Where essential nutrients such as nitrogen, phosphorus and potassium may be lacking, increasing the ability of plants to utilize them may result in consistent and even better yield. Ham suggested this could simply boost yield in developed nations and aid crop sustainability in countries where fertilizer input may be limited.

January 4, 2023
Many farmers celebrate the end of a long growing season with a well-earned sunny getaway. For very different reasons, Ca... More
Prev Post THE BRIGHT SIDE OF THE BUDGET CUT
Next Post WELL SPENT 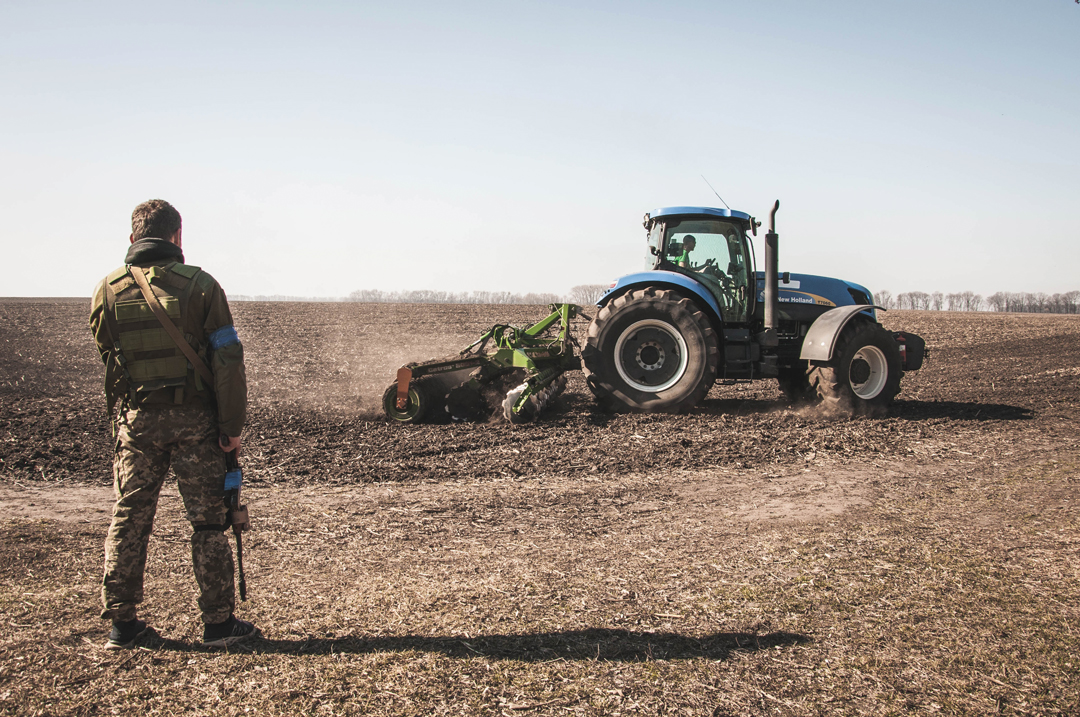 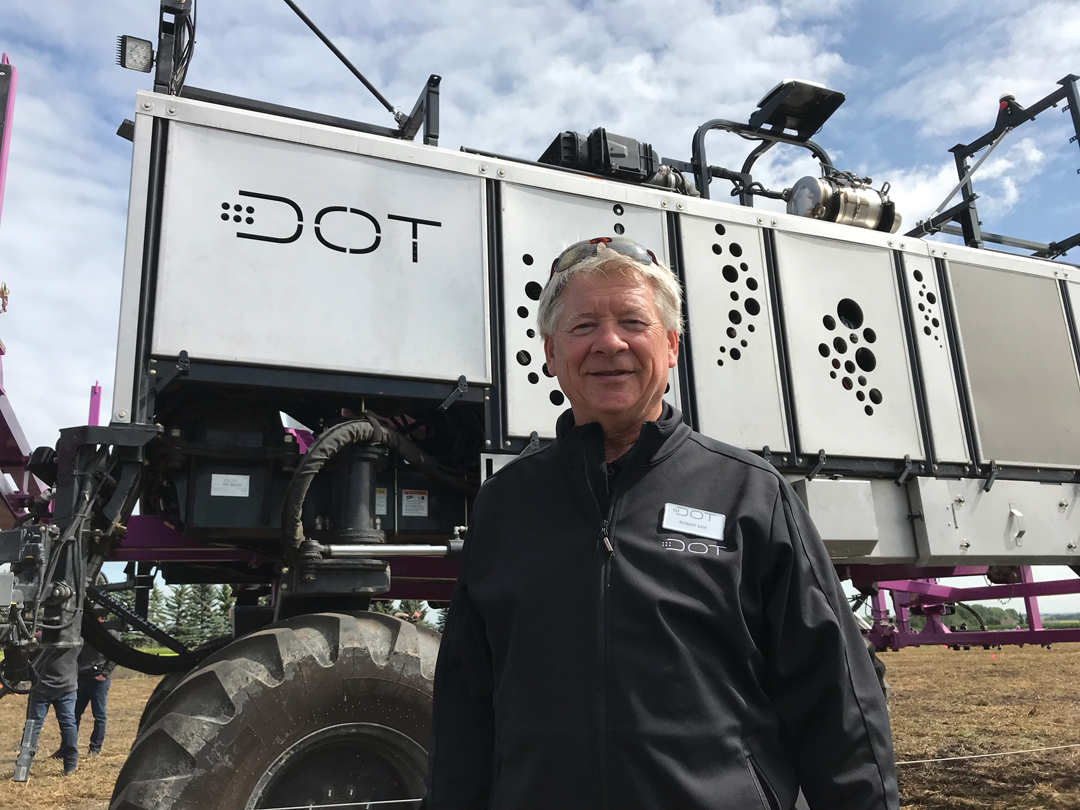