THE LAST OF THE BUFFALO SLOPED BIN ELEVATORS

Part of the Alberta Wheat Pool network for more than two decades, evolving technology, economics and grain-handling efficiencies caught up to the Buffalo Sloped Bin (BSB) grain elevator. The first of these remains operational at Magrath.

Commissioned in the late 1970s to mid-1980s, six of the distinctive, high-capacity elevators designed by Klaus Drieger of Edmonton’s Buffalo Engineering, were built in Alberta.

Managing a network of wooden grain elevators, the Wheat Pool pursued new designs to boost handling capacity. Buffalo Engineering merged with Agritec Engineering Systems as the first BSB blueprints were being created. Renamed Agritec, it led the design, marketing and building of the system. Later, Alberta Beton built the BSBs and Buffalo Beton marketed the concept to other grain handlers.

The Magrath BSB 1000 series elevator opened in June, 1980. It consisted of 42 pre-cast concrete modules stacked at a 30-degree angle. Holding 206,000 bushels, grain was intended to flow by gravity from the chute-like bins to five spouts allowing five rail cars to be loaded simultaneously.

Though largely effective, barley and oats sometimes stuck to the rough surface of the concrete, requiring plug-ups to be loosened. This led to design improvements in the BSB 2000 series, one of which was built at Lyalta in 1981. They featured a 190,000-bushel capacity and 30 bins on a steeper, 45-degree angle. The same year, another BSB 1000 was built at Fort Saskatchewan.

BSB 2000 elevators were erected at Vegreville in 1982, Foremost in 1983 and Boyle in 1986. Poor crop years, rail-line closures, evolving hopper car technology and the merger of Prairie Wheat Pool operations made the facilities obsolete. Eventually, all were decommissioned or sold.

The Magrath BSB was bought by Parish and Heimbecker in 2000. In 2003, it was sold to a large, diversified farm. The Pool closed the Fort Saskatchewan BSB in 2001, eventually selling it to a local farmer.

The Lyalta BSB was sold to a malting company in the early 2000s, and the Foremost facility ceased operation in 2002 and was sold to private grain buyers. The Boyle and Vegreville facilities were demolished in 2009 and 2010, respectively.

March 1, 2019
Farms and ranches that employ one or more waged, non-family worker face the challenge of upgrading equipment and trainin... More

March 1, 2019
With construction of the G3 Vancouver Terminal chugging along smoothly, Alberta is in the midst of a corresponding const... More

March 1, 2019
Though we couldn't survive without it, soil is often treated like, well, dirt. In recent years, however, the Soil Your U... More

March 1, 2019
Analyzing the feed grain market is no easy task, nor is controlling it. However, the experts do have insights for 2019, ... More 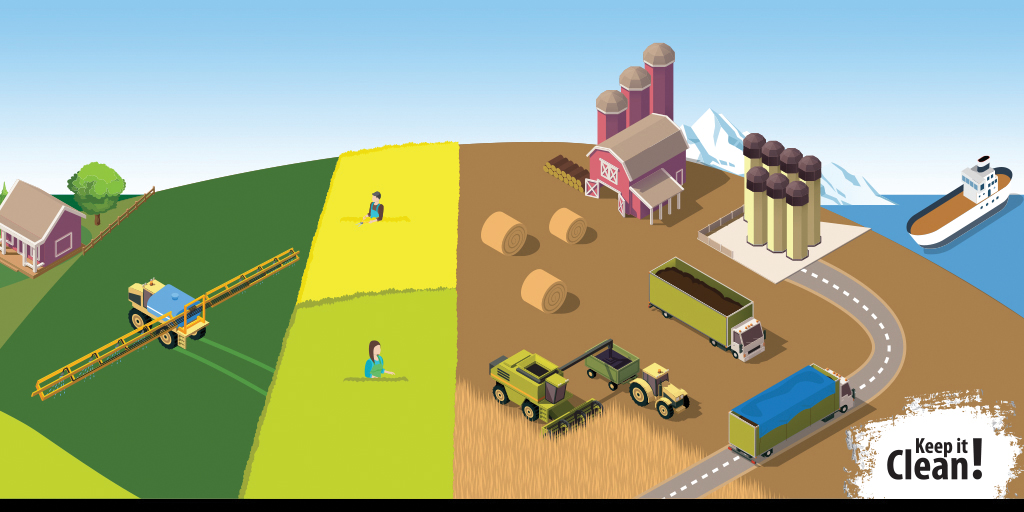