CAMPAIGN UNEARTHS THE TRUTH ABOUT SOIL

Though we couldn’t survive without it, soil is often treated like, well, dirt. In recent years, however, the Soil Your Undies campaign has been working to change that. Now entering its third year, the national initiative is spreading the word about that crucial agricultural component found underfoot.

The program is funded by the Soil Conservation Council of Canada as part of its National Soil Conservation Week, held annually on the third week of April to promote soil conservation awareness. Based on a scientifically recognized test, Soil Your Undies encourages people to bury undyed, 100 per cent cotton underwear for two months to gauge how much organic matter exists in their soil.

“Soils are living, breathing entities,” said Jim Tokarchuk, the organization’s executive director. “There are more bacteria in one teaspoon of soil than there are people on the entire planet. If we place men’s white underwear or cotton material in soil, the biological activity in the ground is looking for a carbon source and will find it and vigorously consume it; this gives you a rough indication of soil health.”

The message stemming from both National Soil Conservation Week and Soil Your Undies is a simple yet vital one: as soil goes, so goes our health, economy and planet. “Healthy soil is the foundation of all agricultural products from grains to fruit to livestock,” said Tokarchuk. “About 95 per cent of the food we eat in Canada starts in the soil, and since we are net exporters of agricultural food products, soil greatly impacts our GDP.”

From an environmental standpoint, soil purifies water, removes contaminants and plays a key role in carbon sequestration. As the world’s population continues to expand, the soil supply will not follow suit, so ensuring soil health will be critical to meeting the growing demand.

“Our efforts are drawing great interest, both in April and throughout the year,” said Tokarchuk. “I take calls regularly from media and the general public, and see other partners in conservation who want to run similar projects. We’re also getting more schools seeking information from our website or contacting us directly.”

One such school is the Lacombe Composite High School, where teacher and mentor Steve Schultz started an environmental group called EcoVision that earned the institution the title of “Greenest School in Canada.”

“The Soil Your Undies campaign really enhanced our agricultural program by offering students a visual, hands-on demonstration of what soil does,” said Schultz. “With this project, we could involve the local community and a cross-section of students from grades 10 through 12, including special needs students.” 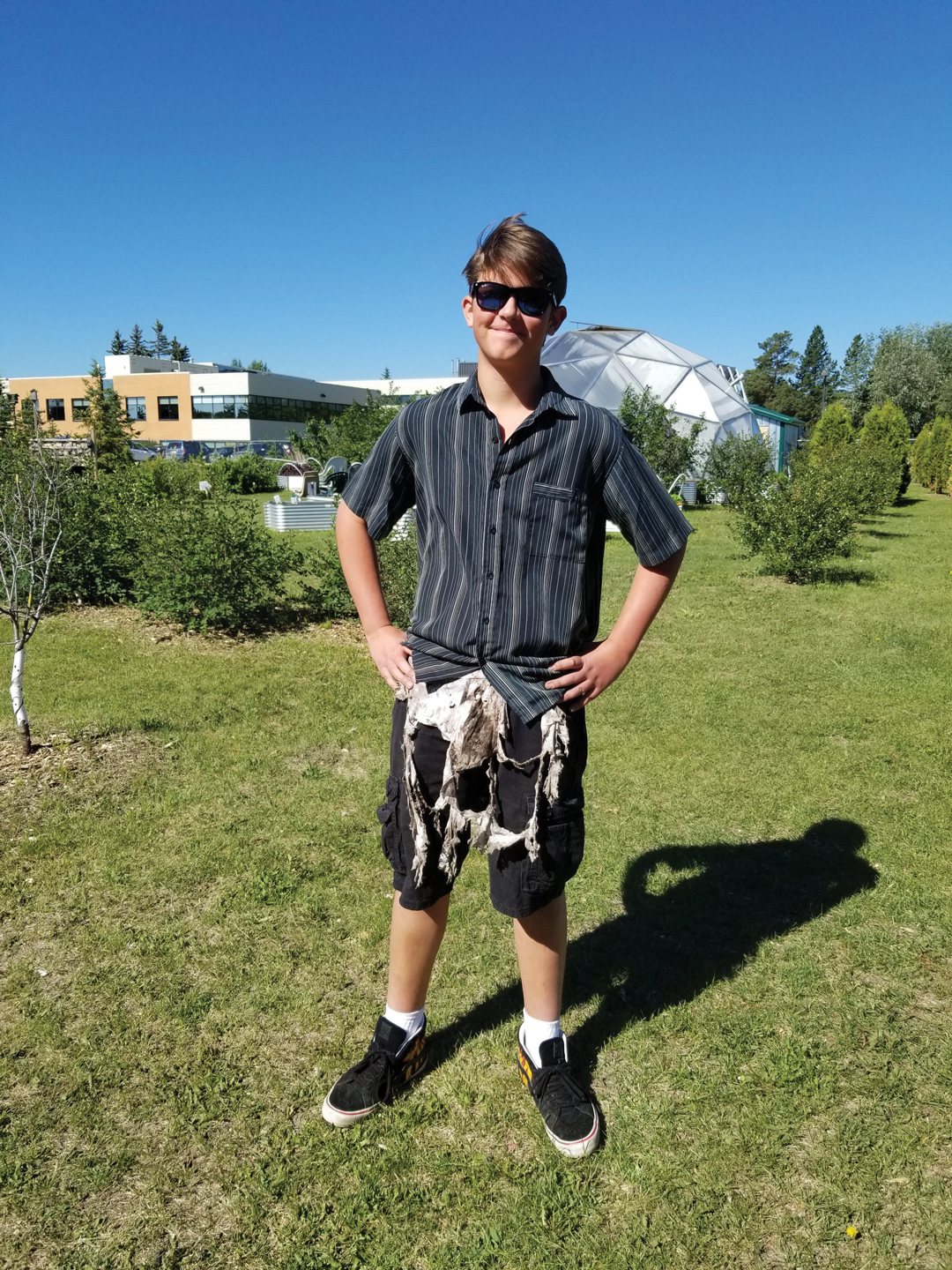 As part of their EcoVision efforts, the school started a pollination project and a composting system, so Soil Your Undies was a perfect fit. “We wanted to show students that when you enrich the soil, it can do amazing things,” said Schultz. “Not only does it produce flowers, vegetables and other edibles, but it aids in decomposition.”

When they compared the before and after photos, the results were shocking. “We couldn’t believe how quickly and completely the decomposition occurred,” said Schultz. “Teachers often have trouble finding real-life impacts to share with students, and this was a chance to do that.”

While the Soil Your Undies campaign engenders new respect for the soil, treating others like dirt maybe isn’t such a bad thing.

WHO WILL SPEAK FOR WHEAT AND BARLEY FARMERS?