The research never stops—at the end of every experiment, there may be answers, but there are always more questions. It’s like the toddler who keeps asking, “why?” Is it because the more we know, the more we realize we don’t actually understand? That may well be the case, but it is the almost child-like curiosity of our best agricultural researchers that drives innovation. It’s all about incremental progress. The upshot is we all get to benefit from it in the end—whether we’re other scientists, growers or consumers.

Such is the case with the most recent research conducted by ruminant and monogastric nutritionists Tim McAllister and Ruurd Zijlstra on the nutritional quality of Alberta-grown barley for livestock.

Funded by the Alberta Crop Industry Development Fund and Alberta Barley, this research, which spanned three years and two world-renowned research institutions— the University of Alberta and the Lethbridge Research and Development Centre—answered some key questions in both ruminant and monogastric nutrition science. It has also prompted additional research that will be conducted by two new scientists trained over the course of the original project—Hee-Eun Yang, who earned her master’s degree through the University of Saskatchewan working with McAllister as one of her mentors, and Janelle Fouhse, who earned her PhD at the University of Alberta with Zijlstra.

“Our research investigated the value of  digestive systems we see on farms in Alberta today, ruminants and monogastrics— in particular, pigs,” said McAllister, principal research scientist of ruminant nutrition and microbiology at Agriculture and Agri-Food Canada’s Lethbridge Research and Development Centre.

“We chose barley cultivars that differed significantly from each other in chemical composition, particularly carbohydrate composition. We also chose corn as a comparison, as its composition differs dramatically from barley and it is a major component in many cattle feed rations.”

The object in choosing the different barley cultivars, according to McAllister, was not to choose the best feed barley available, but to choose a wide range of varieties that would allow the team to better understand the processes of barley grain digestion in the intestinal tract. This, in turn, would allow them to create a guide for breeders to produce better feed barley varieties.

McAllister was most interested in understanding how the bacteria in the rumen—the first stomach of a ruminant animal—interacted with the grain, and he sought to understand the micro-organisms associated with the digestion of the different barley types. In order to answer this question, samples of the various barleys and corn were exposed in the rumen of live animals for two, four or 12 hours. Once in the rumen, a biofilm—a microbial community that works together to carry out digestion in the rumen—formed on the grain. “We collected the biofilms at the different exposure times, sequenced the DNA and identified the bacteria,” said McAllister. “We were essentially tracking the development of the biofilms over time. We discovered that at 12 hours the biofilm was relatively mature and didn’t change significantly.”

What the team in Lethbridge discovered is that processing, which breaks open the grain and exposes the endosperm to the micro-organisms that carry out digestion, had a bigger impact on digestibility than did the type of carbohydrate in the endosperm.

“What we discovered answered our hypothesis, which was that digestion of grain is a community process,” said McAllister. “The microbiome colonizes the grain over time and digests it. Our sequencing of the bacterial DNA answered this question. The massive diversity of bacteria in the rumen also means that the differences between the barley types were not nearly as important as the way in which the grain was processed, which gives the bacteria access to the endosperm and other parts of the grain.

“We did see big differences between the populations of bacteria digesting corn compared to barley. What this tells us is the need to adapt animals to the specific type of grain they are being fed.”

Meanwhile, Zijlstra and his team were investigating barley in swine diets. “Barley has had a long history as a grain that is best suited to those swine that have lower energy requirements, as barley is higher in fibre and lower in energy than most competing feed ingredients, such as wheat and corn,” Zijlstra said.

“Generally, feed formulations used to be based on how much energy is digested in the gut but not how much of that energy actually contributes to growth,” said Zijlstra. “This placed too much value on protein and fibre and not enough on starch and fat. Moreover, it resulted in barley-based rations being under-formulated for the amount of energy barley actually contributes, resulting in poorer growth.”

Net energy (NE) value is a newer concept that, in the case of barley, can be a better indicator of feed quality than digestible energy value. “When the diet was formulated on NE, we found it interesting to see that young pigs ate more than we had expected,” said Zijlstra. “Which is surprising, as young pigs have difficulty eating a lot, as their gut is small.” As a result, the team saw that young pigs fed barley-based diets actually grew faster than pigs fed wheat-based diets.

Zijlstra’s team also collected and analyzed the gut content of pigs for microbial content. This research indicated that barley acts as a prebiotic, meaning that feeding pigs barley with increased amounts of beta-glucan and fermentable starch causes beneficial changes in the profile of gut bacteria and in the metabolites they produce. This gut health piece of the puzzle was a key finding in Zijlstra’s work on the project.

“Finding that barley may act as a prebiotic to stimulate a healthy gut flora is an important finding, meaning pork producers may reduce the use of antibiotics for pigs fed barley-based diets,” he said. “Including prebiotics in the ration is one of the tools to reduce antibiotic use in pig diets.”

Future research for monogastrics will seek to understand more fully this prebiotic property of barley and exactly how it contributes to gut health.

“There’s no doubt how important it would be to stimulate excellent gut health in pigs,” said Zijlstra. “Consumers are more and more concerned about antibiotics that are fed to those farm animals that end up on their plate. Being on the forefront of this sort of research is very exciting, and we’re both looking forward to continuing to understand and innovate for our Alberta growers.”

January 3, 2017
These days, a trip to the grocery store can be an overwhelming experience. Gluten-free, GMO-free, MSG-free, free-run,... More
Prev Post WE'RE IN THIS TOGETHER
Next Post AGAINST THE GRAIN 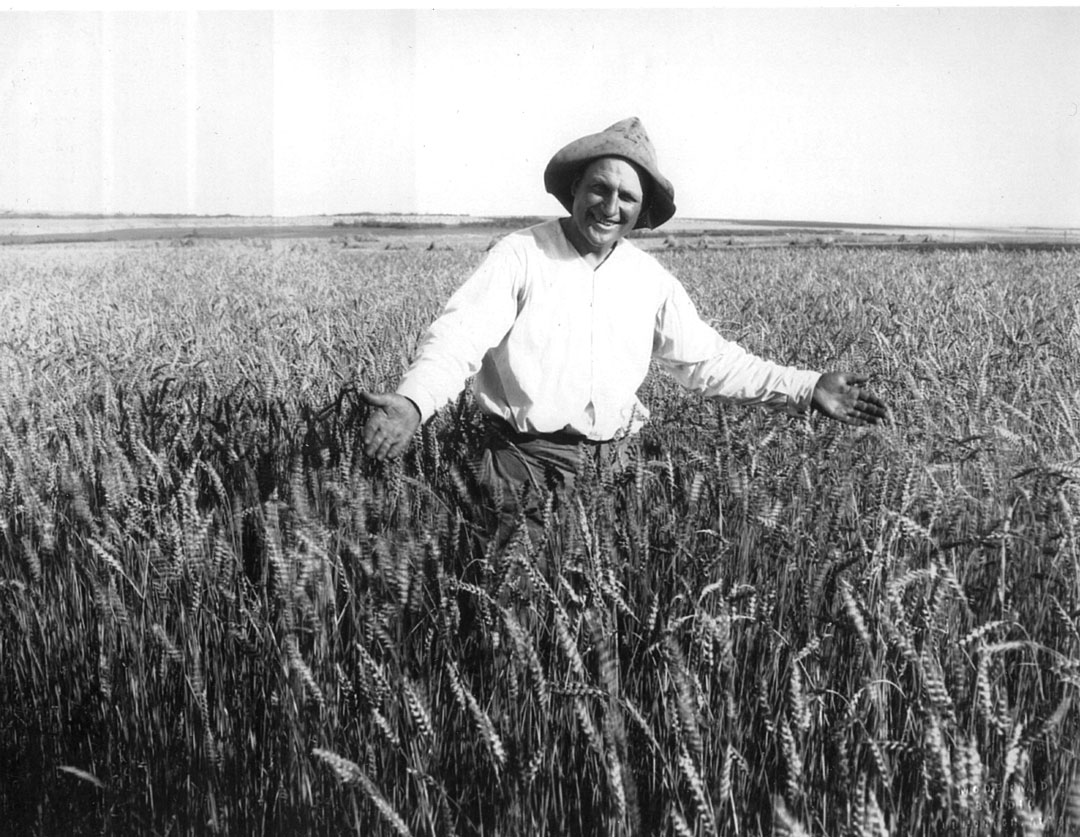 THE GRAIN KING OF THE PEACE COUNTRY