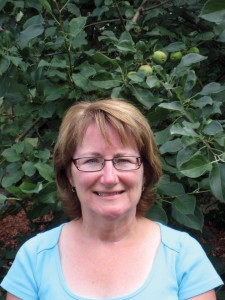 The cropping and livestock sectors have been working with senior staff from Alberta Agriculture and Forestry (AF) and Jobs, Skills, Training and Labour (JSTL) for over a year on farm safety issues. There have been three industry/government policy discussion meetings involving representatives from Alberta’s agricultural boards and commissions. A Safe and Healthy Farms and Ranches Working Group with representatives from the cropping and livestock sectors as well as senior staff from AF and JSTL has been looking carefully at the exemption from Occupational Health and Safety (OHS) oversight that farming and ranching has in Alberta. Much of the discussion has been around how the exemption doesn’t allow OHS inspectors past the farm gate. Most of the farm groups involved with these discussions have agreed that allowing OHS to investigate serious incidents and fatalities on farms is an important move.

Removing the OHS exemption for farming and ranching is relatively easy as it’s under regulation. However, OHS technical rules (regulations in the OHS Code of Practice) that exist for other industries would not apply to farming and ranching under the scenario discussed with the industry—that is the removal of the exemption. How current best practices could become part of the technical rules for our industry has been discussed in general but not in depth. In our Working Group discussions, we have been clear that the industry must have input into developing technical rules if they are going to be required. That is as far as we have gone in the discussions.

The new NDP government has farm safety in its sights, and specifically farm worker safety. This is a big issue for farming operations that employ many farm workers, like intensive livestock and vegetable operations, but also for crop farms run by owners and their families, who may employ even one or two occasional workers.

At the most recent industry/government policy discussion meeting on June 29, government staff introduced the issues of labour relations, employment standards and workers’ compensation coverage. These go far beyond the removal of the OHS exemption for farming and ranching. The agricultural boards and commissions have had no opportunity to discuss these farm labour issues with their members. There are a lot of concerns in Alberta about what this means for farmers. Some voiced within the crop commissions include:

•  How soon will the OHS exemption be removed and what does that change look like at the farm level?

•  What about farm kids working on their family farm learning how to farm?
Will they be prohibited from working for pay?

•  What about neighbours’ kids hired for farm work?

•  What about hours of work? There are rules in other industries but agriculture is seasonal and weather dependent. Will hired workers just go home after eight hours during harvest because OHS rules say so?

•  Will OHS inspectors come on farms and shut down operations at critical times if there is an injury? Will they be allowed to do unannounced audits? Will they have any practical or specialized knowledge of farming operations?

In Ontario, OHS covers all farming operations with paid workers but there are no technical rules. Instead, there is a set of flexible guidelines for farms; farmers and farm operations are expected to practice due diligence in the protection of farm workers.

Saskatchewan’s Farm Safety Guide provides advice about training, clarifies employer and worker roles and responsibilities, and identifies workplace hazards on the farm. There are also specific regulations that apply to farming and ranching in the OHS legislation—the technical rules noted previously. For the most part, Saskatchewan farmers are generally unaware that they are subject to OHS. A Saskatchewan farmer with a number of employees who has experience with OHS noted that OHS hasn’t been a hindrance for farmers. However, if OHS were to become intrusive and legalistic, and if they start doing unannounced farm audits, then farmers will have a problem with them.

Farmers support safe working conditions and don’t want to see their workers, families or themselves get hurt. Regulations alone won’t make farms safer. Awareness and education must be the foundation of farm safety policy in Alberta. Farmers and ranchers need to be at the table through formal consultations before any regulatory changes come into play. 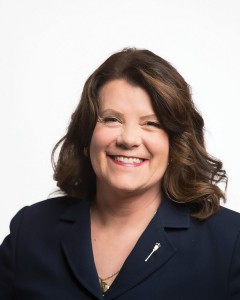 Alberta is a province rich with culture, diversity, natural resources and history. Our rural heritage provides us with a solid connection to the land, a devotion to hard work and the satisfaction of a job well done.

Our government believes a job well done means the job is done safely and workers are treated fairly. This is one aspect of life and work in rural Alberta that needs improvement. I’m speaking of the 60,000 workers on Alberta’s farms and ranches who are not protected by workplace legislation—the same legislation that applies to the other two million workers in our province.

Currently, Alberta is the only province in the country where occupational health and safety (OHS) legislation does not apply to farms and ranches. Most of our Employment Standards Code doesn’t apply either. What’s more, farm workers do not have mandatory workers’ compensation coverage like those in most other industries, and our Labour Relations Code forbids them from unionizing.

This failure can have a devastating impact on workers and their families. On Father’s Day in 2006, grain silo worker Kevan Chandler was killed on the job. OHS officers could not investigate because this happened on an Alberta farm. Without the coverage the rest of Albertans take for granted, his widow struggled to support herself and her children. This is a situation that should never happen. But this is our reality.

Approximately 97 per cent of farms do not have Workers’ Compensation Board coverage, and in 2014, 25 farm workers were killed on the job. The sad fact is that, under current legislation, farm workers can be fired for refusing unsafe work. Even one farm-related fatality is too many, and these numbers represent incidents that have lasting impacts on families, producers and rural communities. This status quo is not acceptable and we’re committed to making sure every Albertan is able to come home to their loved ones at the end of the day.

While farm workers in Alberta are covered by such employment standards as termination notice/pay, maternity and reservist leave, and the right to be paid for their work, they are not entitled to holidays, rest breaks or minimum wage.

I want to recognize the farmers and ranchers who have taken the initiative to protect their workers and treat them well. Our government believes everyone deserves that same protection. The current situation is inherently unfair and, despite the traditions that have been built up over the years, a farm or ranch worker is really no different than a worker in any other industry. Extending protection to farm and ranch workers is simply the right thing to do.

Our first priority in this process will be to work with this unique industry to ensure we strike the right balance of workplace legislation. There is no doubt that farms and ranches are different from construction sites, the oil and gas business, and other sectors. My colleagues in the Ministry of Agriculture and I will be sure we have a full understanding of those nuances, and the way we’ll do that is through continued conversations with farm and ranch employers, workers and industry groups.

I have said that our government will be moving forward on this issue in the near future, and we will. We are currently working out the details, and I hope to make an announcement this fall.

Throughout the summer, I have heard from many organizations that they welcome these changes. I appreciate their support, and I applaud their realization of the need for improved protection for farm and ranch workers. They are showing the kind of spirit of co-operation, fair-mindedness and empathy for their friends and neighbours that make Alberta the great place it is.

Our government will continue to stand up for Albertans and their families to ensure everyone has access to a safe and healthy workplace. We believe workers deserve protections, no matter what profession they choose.

October 6, 2015
Steve Larocque has a problem. “Our frustration at the moment is that we haven’t noted any telltale symptoms in our grain... More
Prev Post HIT THE BOOKS
Next Post ELECTION 2015