Frederick Sladen, born in England in 1876, was fascinated with bees as a child. At the age of 16, he wrote his first book, on bumblebees. He became an entomologist and moved with his family to Canada. In the early 1900s, Sladen was the lead apiarist with the Dominion Experimental Farms (now Agriculture and Agri-Food Canada). He was based at the Central Experimental Farm in Ottawa, working with what was in those early days known as the “bee division.”

Sladen helped establish bee-research programs at several of the branch farms, including those in Brandon, MB, and Lethbridge, Lacombe and Beaverlodge, AB. The above photo shows an unidentified employee working with several honeybee hives at the Lethbridge research farm in 1915.

The bee division had research interests in all types of bees, including honeybees, leafcutter bees and bumblebees. Its projects looked at bee breeding, feeding and manipulation; studied bee products; diagnosed bee diseases; and advanced other ways of benefitting beekeepers and improving the overall Canadian beekeeping industry. Work of the bee division first showed beekeepers how to overwinter hives outdoors instead of moving them into root cellars or other protective structures.

While numbers vary, the Canadian Honey Council reports that there are about 7,000 beekeepers in Canada, operating about 694,000 colonies of honeybees. Most of those are in Western Canada, and the majority—about 40 per cent, or 285,000 of the Canadian hives—are located in Alberta.

In addition to an important honey industry, about half of the Canadian bee colonies are vital to the pollination of Canada’s 12- to 15-million-tonne canola crop. And in Alberta, about 80,000 colonies are dedicated to pollinating crops to produce hybrid canola seed.

Dr. Shelley Hoover, apiculture research scientist with Alberta Agriculture and Forestry, based in Lethbridge, said one part of her wide-ranging research shows that a combination of bee types—honeybees, leafcutter bees and bumblebees—is particularly effective for crop pollination.

October 6, 2015
Steve Larocque has a problem. “Our frustration at the moment is that we haven’t noted any telltale symptoms in our grain... More
Prev Post WHAT'S ALBERTA DOING ABOUT FUSARIUM HEAD BLIGHT?
Next Post WINTER WHEAT VARIETY BREEDS INDUSTRY EXCITEMENT 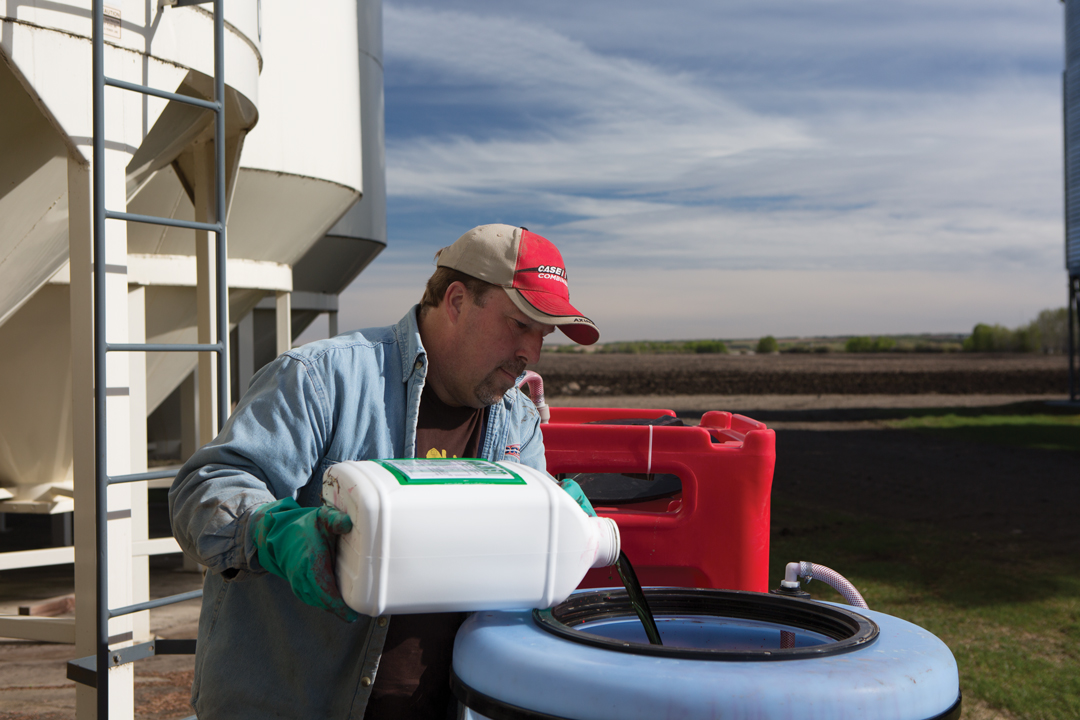