Medhat Nasr has been fascinated by insects since he was a boy, growing up near the pyramids of Giza. He majored in entomology while pursuing his undergraduate degree at Cairo University. Honeybees interested him because of their unique social structure and their role in crop pollination. Nasr chose to focus his master’s degree on honeybees, and his head has been filled with bees ever since.

He left his homeland of Egypt to complete his doctorate at the University of California, Davis, and, in 1990, he moved to Guelph, ON, with the mission of breeding honeybees that were resistant to tracheal mites. He worked at the University of Guelph for three years and then at the Ontario Beekeepers’ Association as a technology transfer specialist. His position represented one of the first times in North America that the beekeeping industry and researchers had collaborated on a research program. In 2000, Nasr was recruited by Rutgers University—New Brunswick, New Jersey, to spearhead a bee-health program.

Nasr took the position of provincial apiculturist with Alberta Agriculture in 2002. Since then, his guidance and leadership have improved bee health in Alberta, and he has established several new bee-related initiatives within the province. 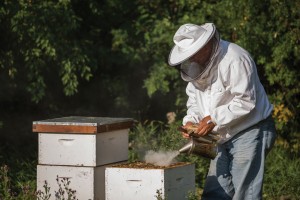 GrainsWest: What does the provincial apiculturist do?

MN: The position itself involves mainly regulatory and extension work. In Alberta, similar to any province or country, we have the Bee Act and Bee Regulation, which protect the industry from the spread of diseases and maintain surveillance to ensure disease containment. The Act helps beekeepers apply biosecurity to keep healthy bees. The provincial apiculturist also does extension work to educate beekeepers about new technologies and how to apply them. Because of my qualifications as a researcher, I also do applied research. Before I was hired, there were no bee scientists in Alberta Agriculture. Being able to do research has been advantageous, because it allows us to react quickly to problems that arise.

GW: Can you give us a basic overview of Alberta’s bee industry?

MN: Alberta is a large honey producer. We have about 285,000 hives, about 43 per cent of the bees in Canada. Our industry is mostly commercial. Ninety-five per cent of the bees are managed by about 120 commercial beekeepers, each with about 2,250 hives. The highest concentration of bees in the province is north of Red Deer to Athabasca and the Westlock area. That area has almost 125,000 hives. Between Calgary and Red Deer, there are about 25,000 hives, and south of Calgary, about 75,000 hives. The Peace River area has about 60,000 hives. There are about 950 registered beekeepers in the province.

GW: What can farmers do to help beekeepers maintain bee health?

MN: Farmers and beekeepers rely on each other. Beekeepers rely on farmers to provide land. Farmers get a free service of pollination, and beekeepers get honey. Alberta has the largest number of colonies in Canada that are moved for pollination. About 75,000 hives are moved to Lethbridge, Medicine Hat and the Calgary area for hybrid canola-seed production. That industry contributes about $650 million to Alberta’s economy.

Since those farmers rely on honeybees for pollination, they have to take care of the bees by using best management practices on their crops. When farmers use pesticides, they need to follow the labels to make sure they are applied safely and don’t kill the bees. Both parties need to communicate. Farmers need to tell beekeepers when they are going to be applying pesticides so that beekeepers can move their bees if needed.

In Alberta, we have been quite successful working with both farmers and beekeepers to make sure they understand each other’s needs. Once in a while, bees do die from pesticides, and we investigate. If we find that pesticides have been used improperly, there are ways to mitigate this problem. We rely on communication, and if there’s a problem, we talk with the farmers about how to remedy the situation.

GW: What kinds of challenges has Alberta’s bee industry faced?

MN: Varroa mites made it to Alberta in 1990. Varroa are external parasitic mites that suck the blood of honeybees, leaving them compromised and prone to infection. Initially, beekeepers learned how to manage mites with reliance on miticides. Unfortunately, the mites developed resistance to the chemicals.

When I came here in 2002, we had to find a new way to control mites. We switched to a product called CheckMite. By 2006, the mites had developed resistance to it, and Alberta beekeepers lost 44 per cent of their bees. This coincided with worldwide colony collapse disorder, which Alberta never had.

We didn’t have a product available to replace CheckMite. We had access to several other products, which were mostly organic products like formic acid and oxalic acid. These products were only effective in temperatures ranging from 15 to 25°C, and oxalic acid could only be applied late in the fall when there was no brood. All of these products only worked under certain weather conditions, so they had variable efficacy, which was problematic.

In 2007, I worked with the Pest Management Regulatory Agency to register Apivar, a product from France, in Canada. It took us about a year and a half to prove that Apivar was safe for use and wouldn’t affect the quality of honey. By the fall of 2008, we got the product registered for use with a special permit. At the time, I was a member of the Canadian Association of Professional Apiculturists and chair of its chemical committee, so I spearheaded a program to register the product across Canada.

GW: How are the bees doing now?

MN: It took a couple years for beekeepers to learn how to apply the product properly and find out the most effective time to apply it to bee hives. Through our research and followup programs, we were able to recommend best management practices.

With the support of the Alberta Crop Industry Development Fund, we created a proactive beekeeping program in 2009. Beekeepers believed that the chemicals they were applying in the hives worked, but they had never monitored the results or the development of resistance. The proactive bee-health program we developed was initially for Alberta, but other provinces soon began to copy the program, which was based on a preventive model. Beekeepers had to monitor their hives for any pathogens or parasites, and we established thresholds for parasites. When parasites reached the thresholds, beekeepers treated their hives right away.

We established an integrated pest management system for honeybees. A team of about 15 people worked with the beekeepers, helping them monitor and interpret the results so they could make their own decisions about whether or not to treat. Mostly, we tried to encourage people to use products other than Apivar, so that resistance would take longer to develop.

Beekeepers saw how things changed in their operations by monitoring and treating properly. This program was so effective that, by 2011, our winterkill went down by half. From 2011 to now, our winterkill is averaging 18 per cent, which is close to the long-term expected winter losses by beekeepers. During part of this period, beekeepers can’t treat the bees because the hive is wrapped for the winter.This year, because the winter was mild, we had one of the lowest levels of winterkill in the last 20 years: 10.6 per cent.

GW: Are beekeepers dealing with any diseases or parasites other than varroa mites right now?

MN: The other challenge is nosema, a fungus that grows inside bees’ guts, which gives them diarrhea and dehydrates them. There are about 20,000 bees in the winter and about 60,000 bees in the summer. Healthy bees don’t defecate inside hives, but when bees get sick with nosema, they do. The younger bees clean up the fecal matter, ingest the spores and re-infect themselves.

The disease affects the bees from December until about May. For part of this period, beekeepers can’t treat the bees because the hives are covered. We’re trying to figure out the best timing to protect the bees from nosema. Beekeepers used to feed medication to their bees in the fall so the medication would be available in the winter, but our research has shown that treating the bees for nosema in the spring is more effective, because it reduces the level of spores in the bees, and fewer spores build up during the winter. We’re trying to limit the damage, get a better understanding of the disease and reduce the chance of infestation.

GW: What are some major areas of research in the province?

MN: One of the major concerns we have is sustainability. If Apivar quits working because of resistance, do we have an alternative for it? This is one of the issues that keep us awake at night. Most of my research right now involves screening miticides to find new ones that could replace the ones we’re using right now.

October 6, 2015
Frederick Sladen, born in England in 1876, was fascinated with bees as a child. At the age of 16, he wrote his first boo... More
Prev Post FLYING ROBOTS
Next Post THE 'S' WORD 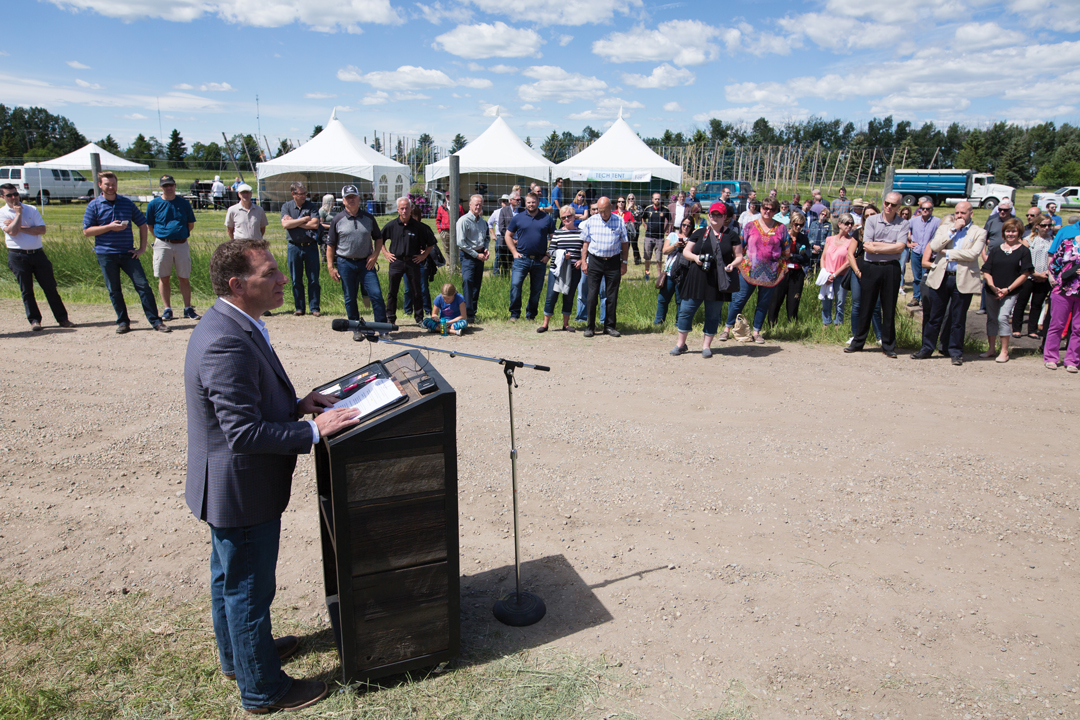