When he and his wife Gabriele immigrated to Kaslo, B.C., from a small Bavarian town in the summer of 1979, Silvio Lettrari craved the sourdough bread he grew up eating. He began baking and selling his own loaves as a summer project in 1991. Locals raved and demand grew, so the couple launched Kaslo Sourdough in 1993 and marketed their bread across the West Kootenays.

Certain customers reported they found the bread easier to digest than non-sourdough bread. Intrigued, Lettrari scoured research materials on the history and science of sourdough and its health implications.

“Things changed around 1900,” he said. “Yeast breads took over through [instant yeast], and sourdough went away. But they didn’t realize at the time what actually happens in sourdough bread.” The fermentation that takes place in sourdough creates enzymes that partially break down the starch. Bacteria and natural yeast digest the proteins and sugars present. In contrast, using instant yeast leaves these proteins intact. A handy way to increase production, this can make bread more difficult for some people to digest.

“And then it came to me—I started wondering, could we make a sourdough pasta?” said Lettrari. He experimented with the production of sourdough pasta for three years. Over the course of a
full summer, he perfected a manufacturing process and final product with the right consistency and taste that, when cooked, retained the easy digestibility of sourdough.

When the family began commercial production on their first pasta machine, Lettrari’s recipe worked as he’d hoped. “I jumped for joy,” he said. “That was a really thrilling moment.” Billed as the world’s first commercial sourdough pasta, initial Kaslo Sourdough products hit West Kootenay store shelves in 2013. More experimentation and the customization of pasta-making machinery was followed by the introduction of additional noodle styles.

Initially sold in health-centric food shops, Pasta Fermentata, the company’s sourdough spaghetti, is now available at Save-On-Foods, Safeway and Your Independent Grocer locations across Western Canada and can be purchased directly from the company’s website. Pasta shapes include fusilli, linguini, macaroni, radiatori, rotini and spaghetti.

“We’re slowly being added to more and more [stores] as we educate people on sourdough,” said Lettrari. Half of buyers purchase the product for its health and digestive benefits and half for its taste, he explained.

For Peter Boyd, owner of Peter’s Your Independent Grocer in Kelowna, B.C., the health benefits of Pasta Fermentata are important, as is the fact it’s a local product he believed his customers would enjoy. “I’d just give interested customers a bag of Pasta Fermentata—‘Here, try this, tell us what you think and tell your friends.’ Almost everyone really liked it, and so many see the value in it.”

Lettrari hopes recent growth in the popularity of sourdough around the world can help Canadian farmers economically. “Growing more wheat can be an option for producers in areas struggling with drought issues. Durum, especially, as it likes it hot. We cannot lose the mountains of wheat we grow in Canada to consumer health issues, because wheat is not replaceable on a global scale. We need it to feed the world.” 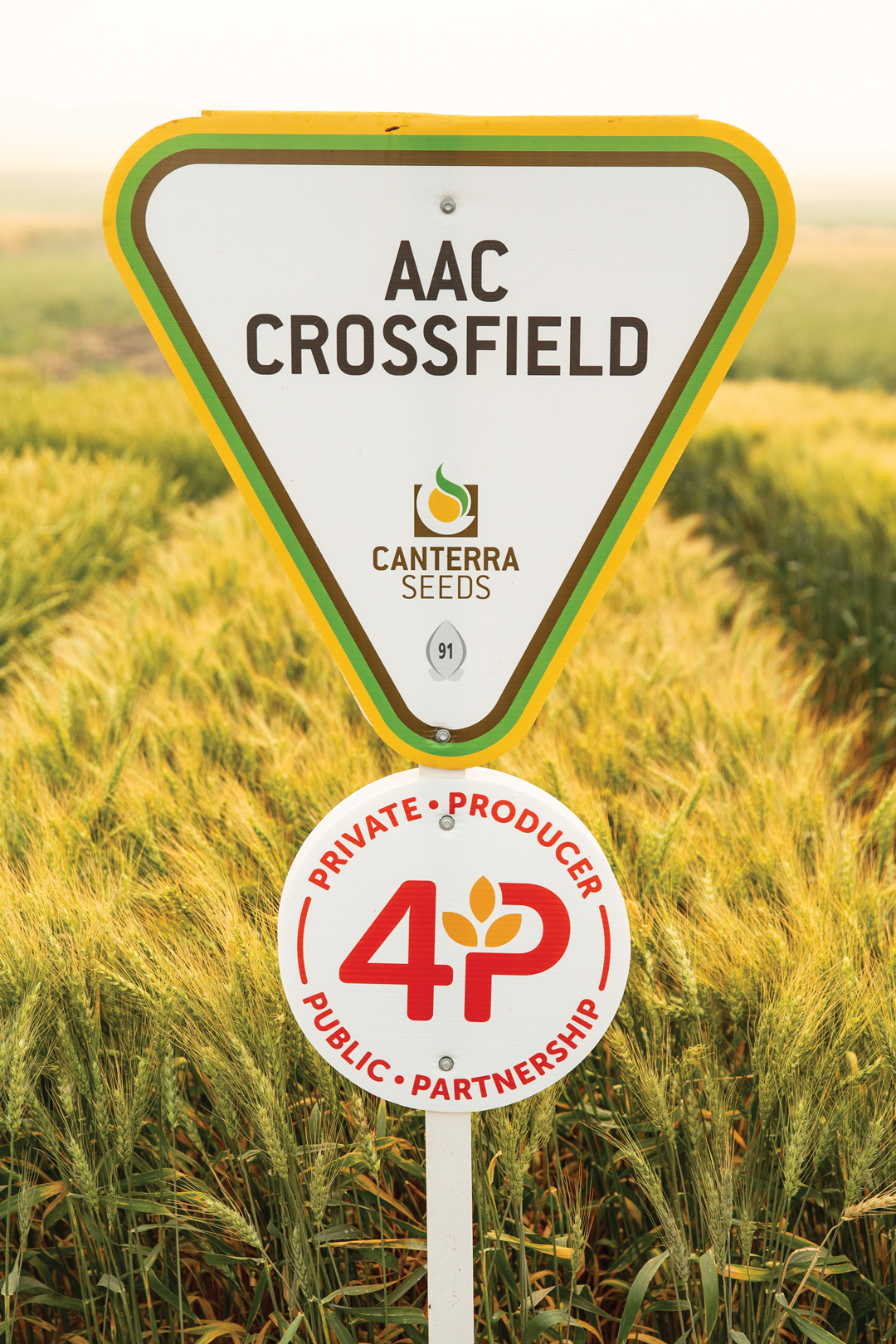