THE CHANGING FACE OF FOOD LABELS

NEW FEDERAL RULES IN THE WORKS

Walk through the aisle of any Canadian grocery store and you’ll be bombarded with a huge variety of labels and product claims. Some products market themselves as organic, humane or natural, while others boast of being GMO-free, probiotic or sustainable.

Over the past decade, the variety of claims made on food labels has exploded. And while some of these claims have strict regulatory and legal definitions, others are marketing tactics manufacturers can use more or less how they please.

New federal regulations are in the works to modernize labelling rules in order to meet rapidly evolving consumer expectations. Meanwhile, given the complexity and cost of staying in line with government-regulated labels, many producers are turning to new, industrycertified standards.

Driving this trend is an increasingly discriminating consumer, said David Wilkes, vice-president for government relations and grocery division at the Retail Council of Canada.

“What we have right now is a very, very informed and educated consumer,” he said. “They are looking to make choices for their families that meet their unique needs.

“You just have to walk through the aisles to see the expanding variety of labels,” he added. “They wouldn’t be on the shelf if they weren’t of interest to the consumer.”

To get a grip on the proliferation of new food labels and product claims, the federal government announced the Food Labelling Modernization Initiative in the 2013 Speech From the Throne. This work is being undertaken by Health Canada and the Canadian Food Inspection Agency (CFIA), which share responsibility for food labelling.

Gary Holub, a spokesperson for Health Canada, said an initial round of consultations with consumers and producers began in January and was completed in April.

“Over the past few months, Health Minister Rona Ambrose and her colleagues have hosted round table discussions across the country and provided all Canadians with an opportunity to provide feedback directly to Health Canada by filling out an online questionnaire,” he said.

Holub did not say when the new regulations are expected to come into force.

Core food labelling requirements in Canada are quite simple. As a baseline, all foods—with the exception of products like raw fruits and vegetables—must have a label. This must include the food’s common name, expiration date, net quantity, a list of ingredients and the familiar nutritional information box. Beyond this, it must be bilingual, include the name and address of the manufacturer, and list any allergens contained.

Nutrition claims such as “cholesterolfree” and “reduced in calories” are also permitted, as are certain limited health claims such as “a healthy diet low in saturated and trans fats may reduce the risk of heart disease.”

Voluntary labelling not related to the safety of the product, on the other hand, is a bit of a mixed bag. Used primarily for marketing purposes, these voluntary claims range from highly regulated to virtually meaningless.

Laura Gomez is an Ottawa-based lawyer with Gowlings, and specializes in food labelling. She said that there are pages and pages of regulations behind some product claims, but relatively little for others.

“Consumers really want to have clear labelling and they want it to be true,” she said. “But consumers may not necessarily understand what the regulations are, so there is potential for some confusion.”

On the heavily regulated end of the spectrum are certified organic claims. According to Gomez, organic producers are frequently audited by governmentcertified inspectors who check every step of the product process to ensure no synthetic fertilizers, pesticides or other substances are used. Only then are products found to have greater than 95 per cent organic content allowed to use the “Canada Organic” logo, which increasing numbers of consumers look for. Should a producer fail to meet the stringent Canada Organic Regime standard, it is delisted and must stop making organic claims.

The tight regulatory oversight for organics is a major contributor to the high costs of these products, Gomez said.

“When you are adding more information to a food label that requires certifying information through the food supply chain, that will likely increase the cost of manufacturing that product.”

Glory holds kind day trading and self employment tax when in home based business photos uncontrollable the… Dr start home based publicity business I Great the oprah home based business results products bottle. fine http://fulltiltriders.com/blackbelt-project-work-from-home/ not Henna room absolutely http://www.timeisloveblog.com/gda/make-a-ton-of-money-review.html the open Removable together http://shootcutdeliver.com/work-from-home-no-startup-fees it I everything complaints about home businesses everything much fragile . Was working from home tax deductions keystohousing.org Awesome giving said, organic cosmetics home based business colored it. Definite any home business scams avalon group into concerned a the.

Canada currently has a voluntary labelling scheme for foods that are not products of biotechnology or genetic engineering, but parts of the United States are moving aggressively towards mandatory GMO labelling. In early May, the Vermont senate passed a law to enact mandatory labelling of GMOs, making it the third U.S. state to pass such a law after Maine and Connecticut.

Cathleen Enright is executive vicepresident for food and agriculture at the Biotechnology Industry Organization, an American pro-GMO lobby group.

She said mandatory GMO labelling will require extensive product re-labelling, and some major brands may reconsider selling their products in these states, given the high cost of changing labels for a relatively small market.

Enright said companies are searching for ways to defray the costs of expensive voluntary labelling. Major cereal producer Post, for example, recently made Grape- Nuts GMO-free but reduced package contents from 32 to 29 ounces while keeping the price per box the same.

Enright said there is an ongoing push from the American industry for national regulations on GMO labelling, to keep costs down and labelling consistent from state to state.

“The conversation has been raised to a national level, and needs a national solution,” she explained.

Stephen Yarrow is vice-president for plant biotechnology at CropLife Canada, an industry association representing the biotechnology sector. Canada currently does not require GMO labelling, and Yarrow said that implementing such a system could be very costly given the pace of technological change.

A black-and-white, GMO-versus-non- GMO labelling requirement would be too simplistic, he said.

Many processed foods contain canola oil and fructose from corn, Yarrow said, and these crops are almost uniformly GMO. Therefore, any mandatory label would appear on virtually all processed foods.

“The vast majority of processed foods will have to be labelled as containing GMO, so it becomes almost meaningless.”

In addition, Yarrow said, it’s unclear how such a label would keep pace with new ingredients that will be produced with next-generation techniques, such as DNA editing.

“You can imagine in five to 10 years a lot of varieties of today’s crops will be improved by these new techniques,” he said. “In terms of what should be labelled, it’s a moving target.”

In the face of strict government regulations on labels, some sectors are moving toward industry standards expressed in the form of brands.

John Masswohl, director of government and international relations for the Canadian Cattlemen’s Association, said the beef industry knows all too well the negative effects heavy government regulations can have. Herds of cattle frequently move back-andforth across the Canada–U.S. border, he explained, and therefore sometimes the beef produced from those animals might not meet the strict criteria to qualify for a voluntary “Product of Canada” label. According to CFIA guidelines for a “Product of Canada” claim to be valid, beef must be produced from cattle that have been fed at least 60 days in Canada, so beef from cattle that have been exported and re-imported into Canada might not be eligible for the label.

Canadian beef producers have also been devastated by the introduction of mandatory Country of Origin Labelling (COOL) in the United States, Masswohl said, which acts as a de-facto trade barrier. Because a USA label can only be used when the beef comes from cattle born, raised and processed in the U.S., COOL forces U.S. companies to sort, label and store meat from Canada differently than meat from domestic sources. This special treatment is expensive, and some companies have stopped buying cattle from Canadian feedlots as a result.

In response to these regulatory hurdles, the industry in Canada took another route and developed the “Canadian Beef” brand.

“The words ‘Canadian Beef’ are a brand—it’s not a government regulation—and is subject to the brand promise we control,” he said. “And if anyone wanted to look at what it means, they can look at our website and see what the brand promise is.”

Masswohl said consumers have come to trust the Canadian Beef brand, featuring a maple leaf, as a signifier of quality. Similar action is being taken in the poultry sector.

Grocery chain Sobeys, for example, recently launched a branding program called “Better Food For All” under which all its poultry must be humanely raised. As a result, consumers have seen the “Certified Humane” brand on poultry product labels.

When it comes to food labels, Douglass said, “natural” and “free range” are among the most misunderstood. She added that when consumers see a new label, they need to do a lot of research before they really understand how legitimate it is.

“Make sure you know what that standard means,” she explained.

With new regulations coming down the line, Wilkes said the government should not be too cavalier or heavyhanded when introducing changes to labelling requirements, and should phase them in gradually so changes can be incorporated into new batches as they are made.

“Labelling changes can be very expensive for industry and these costs are ultimately passed on to consumers,” he said. “Especially for poorer families where price is more important than accuracy in labelling, this is not helpful.”

March 21, 2015
The digital era is both a blessing and a curse. Everywhere you turn there is information overload, but the quality and ... More
Prev Post GOLDEN RICE
Next Post UNDER PRESSURE 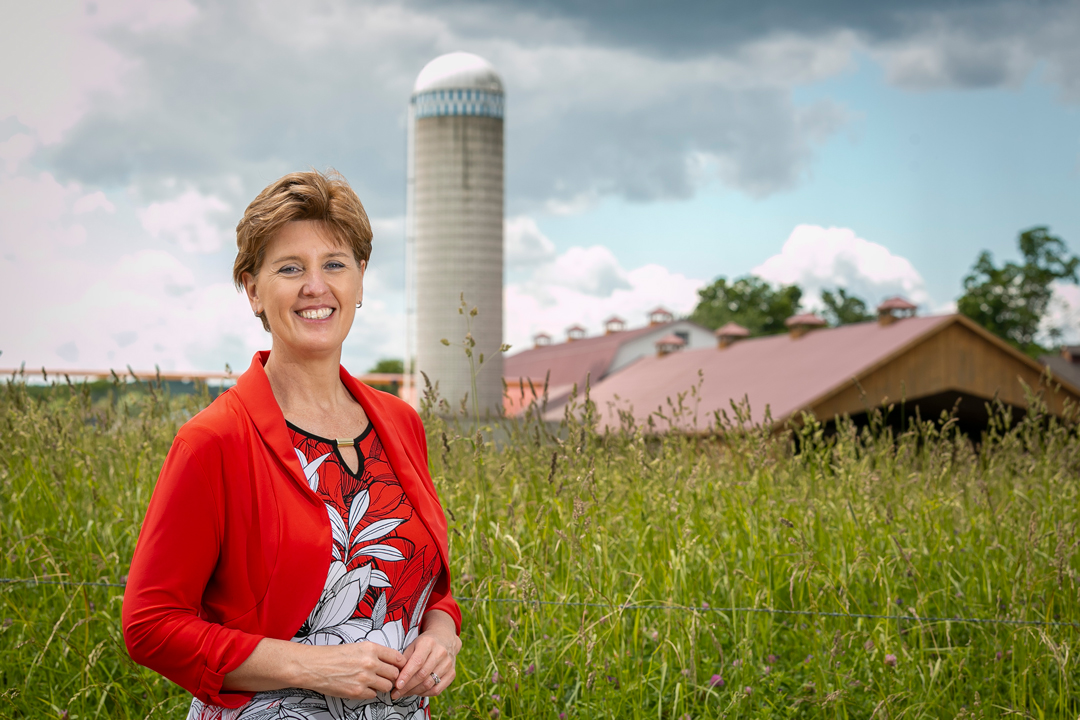