AN IN-DEPTH LOOK AT CMBTC RECOMMENDATIONS FOR 2021

GrainsWest: Why does CMBTC issue its annual malting barley recommendations?

Peter Watts: It is targeted to farmers to give them guidance on which malting barley varieties are accepted in the marketplace, that are in demand and have good agronomic characteristics as well as good end-use quality. It provides producers with an idea of which varieties have the greatest likelihood of meeting malt quality and being selected for malting barley by end users—maltsters and grain companies.

GW: The dominant position of CDC Copeland and AC Metcalfe, the two most established varieties on the list, has decreased in recent years. They represented more than 70 per cent of the two-row varieties seeded in 2015. What is the latest total for the two varieties?

GW: How will CDC Copeland and AC Metcalfe figure into the variety picture in the future?

PW: AC Metcalf seeded area has been declining quickly over the last few years. That’s based on farmers choosing not to grow the variety due to lower yields and disease issues they’ve faced with that variety. It is now more than 20 years old. We expect the decline in Metcalfe acres will continue. CDC Copeland is the most widely grown variety and we expect it to continue to be strong again this year. AAC Synergy, being the second most widely grown in 2020. We expect that area will probably increase this year as well. Those two, Copeland and Synergy, will be the dominant malting barley varieties in 2021.

If we look forward to future years, we do expect the newer varieties on the recommended list—AAC Connect, CDC Bow and CDC Fraser—to continue to increase in acreage this year and in coming years as the next-generation of Canadian malting barley varieties.

GW: Seeded acres of Synergy have climbed over several years. What has driven this adoption by farmers and is the increased adoption of Synergy expected to continue?

PW: The real driving factor behind AAC Synergy has been its great yield. It yields almost as well as some of the best feed varieties, so farmers are choosing to grow it. If they don’t get selected for malt, they can sell it as feed and not really sacrificed anything in the way of yield.

GW: The four new commercially available malting barley varieties recommended by CMBTC are AAC Synergy, AAC Connect, CDC Bow and CDC Fraser. What are the main selling features of each of the four? Why should farmers consider them?

PW: AAC Synergy is a very good yielding variety. It also has some very good end-quality characteristics, which made it attractive to end-users. The combination of good agronomics and good malting quality has driven its uptake.

With the newer varieties—AAC Connect, CDC Bow and CDC Fraser—all of these have a variety of unique characteristics in terms of agronomics, disease resistance and quality that will be appealing to end-users and to producers. As an example, AAC Connect has moderate resistance to Fusarium. Keeping DON levels down is one of the most significant challenges for the malting barley industry.

The newer varieties tend to have standability, so better lodging resistance. All three of them have very good end-use quality characteristics that are appealing to the malting and brewing industries. Every market is a bit different in terms of their end-use requirements, so some end-users may see different value in these newer varieties depending on those end-use characteristics.

GW: How should farmers go about choosing varieties that are right for them and their area.

PW: We recommend farmers talk to their malting barley buyer, whether it’s a malting company or grain company, but also talk to the seed growers who grow those varieties. They’ll have a really good idea how different varieties are performing in their region. Each variety does perform differently and may perform better in a particular growing area. It can be pretty localized as to how those perform.

PW: It’s important for producers to know there are other malting barley varieties that continue to have contracting options. A number of these are a little bit older, but certain end-users are using them for particular markets. If producers have had success on their farm in growing those varieties, they may want to continue to grow them if there are contracting opportunities.

We want to make sure producers know those opportunities do still exist. But if they’re going to grow those varieties, they will definitely want to have a contract because they’re not widely used in the marketplace. They’re more specific to particular companies that are contracting them. Typically, it’s just one company contracting each of those varieties. Eventually, they will be replaced by new varieties.

GW: CDC Churchill, CDC Copper and AB BrewNet are three newly registered varieties now in development and undergoing seed propagation and commercial market development. What is notable about them?

PW: They’re the most recently registered malting barley varieties in Canada. They are undergoing seed propagation and commercial market development. It just so happens all of them do tend to have lower enzymatic activity and may be particularly well-suited for the craft or all-malt brewing industry. That’s still to be determined since they are going through commercial assessment, but early indications suggest these new varieties may be well suited for the craft industry, which uses around 35 per cent or more of all malt in North America. That does not mean those varieties could not also be used for the mainstream brewing industry or the adjunct brewing industry.

GW: Higher protein levels have become increasingly acceptable in some markets. How significant is this, and what implications does this have for farmers?

PW: It’s important because producers have been told for many years to keep the protein level down in malting barley, but it is important to understand what that means. Producers should understand there are different market segments and different opportunities. When we’re talking about the range of protein that is acceptable in malting barley, it’s actually quite large. Ten to 13 per cent is an acceptable range. The lower end of the range tends to go to the all-malt industry, the craft brewing industry. The higher end of the range tends to go into markets such as China or even Japan where their solid tradition is to use adjuncts. The North American mainstream brewing industry falls somewhere in between.

But it’s significant because a producer who tends to maybe get protein on the lower end in their area may be able to manage their yields, may be able to improve their yields with a little bit more fertilization without straying outside that target zone. And just a reminder to producers that higher protein levels in malting barley are acceptable within those parameters. They shouldn’t think that they always need to target low, low, low. They need to find that balance where they’re still getting good yields for their malting barley without exceeding that upper protein band.

PW: That’s a function of very strong feed prices. It’s not uncommon to see a narrower spread between feed and malting barley when feed prices are particularly strong. This does have an impact on farmers’ decisions in terms of what they’re going to grow and what they’re targeting, and whether they’re going to grow malt. In some cases, it’s not worth it if this premium isn’t there. The newer malting varieties are yielding close to feed barley yields. Producers can, without sacrificing too much yield, still have the option to sell to that malt market. It’s an additional 2.5 million tonne market. 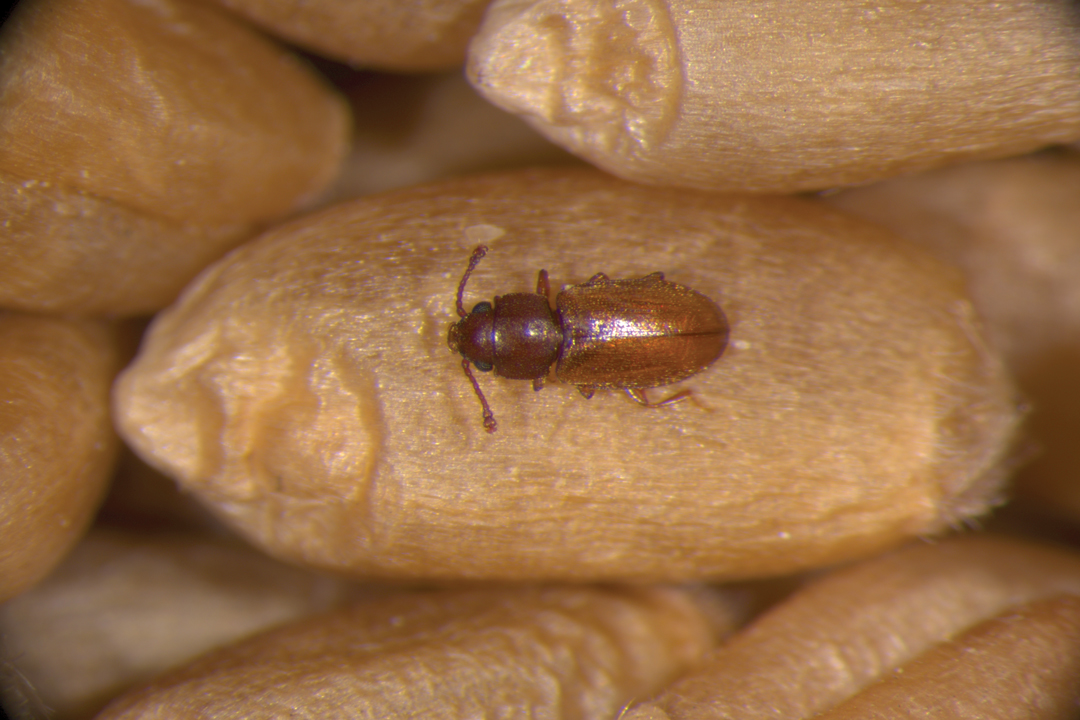