The production volume of Canada Western Soft White Spring wheat (CWSWS) grown for food purposes in Western Canada is low. However, the handful of Alberta farmers who grow this limited acreage crop consistently praise it. They report it yields well and faces few agronomic challenges. It exhibits a very strong straw stand, which means it doesn’t lodge even under high-fertility conditions. As well, it enjoys consistent demand when marketed in the right location.

In 2019, Canadian farmers produced 549,100 tonnes of CWSWS, which accounted for just two per cent of the total volume of spring wheat grown that year. Lisa Nemeth, Canadian International Grains Institute markets director, said the small volume produced makes it difficult to promote as it is simply not available in sufficient quantity to meet customer needs in a consistent way. As well, when compared to CWRS and CWAD, CWSWS is less well-differentiated in food markets. As a result, it competes more directly with many other low- and mid-protein wheat options, said Nemeth.

While CWSWS does have applications in food production, marketing opportunities remain focused on niche segments, but primarily as an ethanol feedstock. Despite the crop’s limited role in the Prairie farm economy, CWSWS varieties present opportunities for certain farmers.

Harpinder Randhawa has a great deal of expertise in the area of CWSWS. A wheat breeder who works at the Agriculture and Agri-Food Canada (AAFC) Lethbridge Research and Development Centre, his main focus areas are spring wheat and triticale.

The federal CWSWS breeding program has been carried out at the Lethbridge facility since the early 1980s. The varieties it has produced have typically been grown in southern Alberta under irrigation.

When breeding CWSWS, Randhawa said, for food purposes, buyers look for weaker gluten, lower protein and a soft kernel. “It’s not going to be used for bread and noodles and pasta,” he said. “It has special purposes. It’s used for baking biscuits, confectionary, cookies and crackers.” Canadian millers that purchase CWSWS include P&H Milling Group in Lethbridge.

Yield and protein content have an inverse relationship, said Randhawa. While CWRS contains 13 to 14 per cent protein, CWSWS contains about nine to 10 per cent. Because of this lower protein content, CWSWS typically produces greater yield than CWRS. In fact, CWSWS yield is 10 to 20 per cent higher than CWRS. “When you’re breeding for Soft White wheat, you’re looking at the lower protein end of the spectrum, which means you have a chance to increase yield,” said Rhandawa.

While breeding efforts are focused on milling quality, CWSWS is also used to produce ethanol, feed, silage and malt, with the bulk of the Prairie crop being used for produce ethanol. It is a good fit for this market because it contains less protein and more starch that can be converted to alcohol than do other classes. This is naturally a characteristic valued by ethanol production facilities.

Sometime in the mid-2000s, shortly after the ethanol wave began, western Canadian ethanol producers switched from corn to wheat as their preferred feedstock, as it was much more abundantly available in the region and more affordable.

“You’re not getting a milling wheat price when you’re selling it, said Randhawa. “But that is compensated for by higher grain yield.” For those who grow the crop, being located close to an ethanol plant is ideal as this facilitates easy, direct delivery to the buyer.

Brent Andersen has grown CWSWS for nearly 10 years. His 5,800-acre farm near Kitscoty is just a 30-minute drive from the Husky Grain Lloydminster Ethanol Plant, which makes delivery quick and easy.

This year, Andersen devoted 1,000 acres to CWSWS production. While SWSWS varieties are prone to sprouting, he has not found this to be a problem. “We let everything stand and we straight cut it,” he said. “It’s definitely better than swathing it.” He said farmers in his area who have swathed the crop have experienced sprouting.

Agronomically, Andersen doesn’t treat CWSWS much differently than he would CWRS. He applies fungicide protection to the crop and a 90-30-10-10 fertilizer blend. Although this is a relatively generous nutrient application, he hasn’t experienced any incidents of lodging. “It’s got to be a pretty productive year for it to lodge,” he said.

Prices for CWSWS are typically lower than for CWRS, but Andersen said its yield is 15 bu/ac greater. “I find it easy to make up with yield,” he said. He added the anxiety that comes with trying to meet quality requirements for CWRS just isn’t worthwhile.

Location played a big part in Andersen’s decision to grow CWSWS. His close proximity to Lloydminster has proved advantageous in terms of transporting his crop to market. “It’s a very easy crop to hit the specs for Husky and to move,” said Andersen. “I take it, drop it off, get my cheque and I’m done. It’s easy.”

The Husky plant’s minimum requirements for CWSWS include 15 per cent moisture, although it will take up to 17 per cent with discount. In terms of bushel weight, the plant takes a minimum of 58 lbs/bu with a maximum of 0.06 per cent ergot.

In 2019, the plant purchased 145,000 tonnes of soft white wheat. “We see a lot of variability in annual soft wheat consumption,” said Dawn Delaney, Husky communication manager. “We would happily take more soft white wheat if it was available and economically viable.”

Delaney said Husky prefers the wheat because it is low in protein and high in starch, which increases ethanol production efficiency. “Soft White wheat has lower viscosity-increasing compounds than other varieties of wheat,” she said. “This makes ethanol production more cost-effective.”

In terms of strategic planning, Husky grain buyers post new crop bids early in the year to encourage farmers to seed soft white wheat, she added. On their farm near Red Deer, Kevin Bender and his brother Mike devoted 350 of their 3,500 acres to CWSWS this year. Although they’d grown it in the past, they stopped for a while. But Bender said CWSWS presents a good opportunity in his area as it yields well and fetches an attractive price. He sells a portion of his crop to the local elevator for export as feed. He delivers the rest to the small Permolex ethanol plant in Red Deer.

Agronomically speaking, Bender said the varieties he and his brother were growing—Sadash and AC Andrew— presented a few challenges. In the past, they struggled to get these varieties to mature in time for the fall frost and found they were prone to develop leaf diseases. “To realize our top potential, we need a fungicide,” he said.

The real benefit is the high yield of CWSWS, he said. But, he added, because the crop does grow taller and produce more straw per acre than other classes, if you’re trying to spread it or work it in, it could be a greater challenge to create a good seedbed for the next crop.

Beyond feed and ethanol, CWSWS is also suitable for distillation. Based in Unity, SK, North West Pure Alcohol and Spirits (nwPure), for instance, makes a range of pharmaceutical- and beveragegrade alcohol products. The company also utilizes dried distillers grains with solubles (DDGS), which is the byproduct of the distillation process, to produce protein supplements for the feed market.

CEO Jason Skinner said 95 per cent of feedstock used at the plant is CWSWS. As in ethanol production, its higher starch and lower protein is a favourable trait as it produces a greater alcohol yield. “I guess you could call it the corn of the North,” said Skinner with a laugh.

In terms of quality, feed grade is suitable for alcohol production. “I think a lot of farmers find that they get the extra yield and the grade isn’t as important when they’re selling to the alcohol industry,” said Skinner. “So, it gives them more flexibility on their farm.”

nwPure has a maximum processing capacity of 24,000 tonnes of CWSWS each year, but it does purchase

additional white wheat for sale into other markets. While the company offers forward contracts, most farmers prefer to take the market price at time of delivery, said Skinner.

A lightly utilized but promising class, CWSWS presents solid market options, especially for geographically well-positioned farmers who operate within easy delivery reach of ethanol distillation plants. For farmers in need of strategic cropping opportunities, this agronomically co-operative, high-yielding wheat class may be one to consider.

January 4, 2023
Spring of 2023 will be a lively political time as Alberta’s general election pits the UCP and new Premier Danielle Smith... More
Prev Post FHB RESISTANCE IN DURUM A WORK IN PROGRESS
Next Post BETTER BARLEY 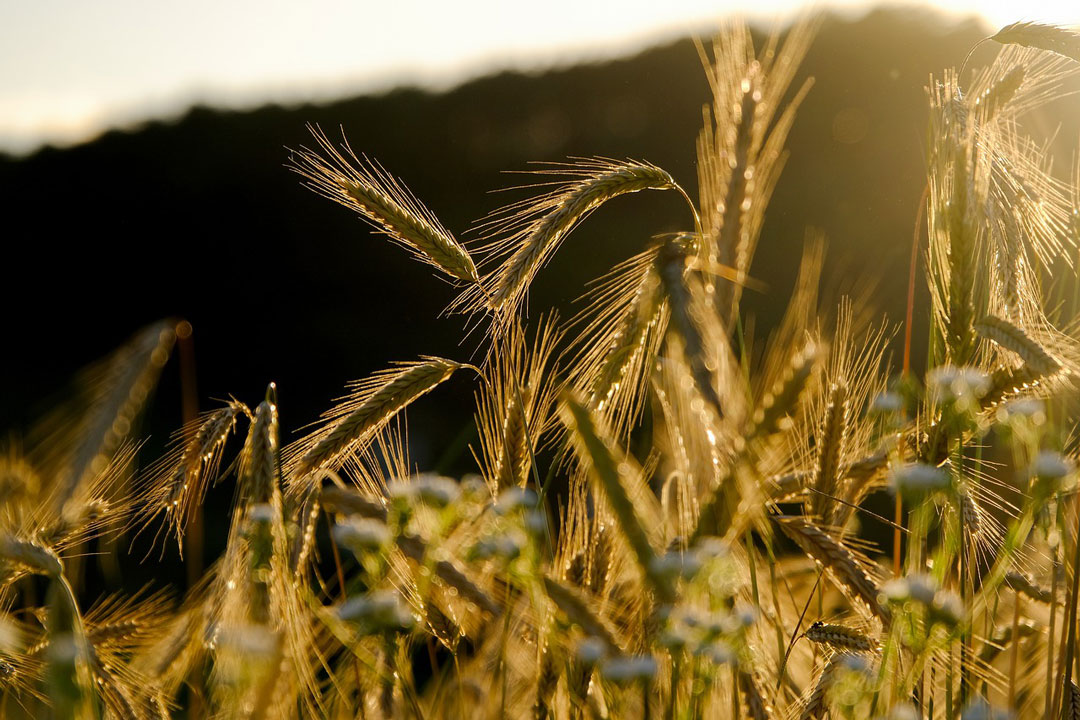