While comic book superheroes use X-ray vision to fight crime, a research facility in Saskatoon, SK, is taking sub-surface sleuthing to a whole new level, shining light on new possibilities for agricultural research.

The Canadian Light Source (CLS) at the University of Saskatchewan is a national synchrotron research facility that produces a light millions of times brighter than the sun. It is produced using a particle accelerator to generate a high-energy electron beam. Directed through specialized components, this energy can be directed into “beamlines” that use various aspects of the light for imaging.

“Light has different forms that we call wavelengths. In simple terms, the synchrotron produces extremely bright light that can be used to study the physical structure of a plant or look at the chemical and elemental composition,” said Chithra Karunakaran, CLS environmental and earth sciences manager. “Hospital X-ray machines are sensitive to high density materials like bones, whereas synchrotron X-rays are very sensitive to small density differences in soft tissues, and that’s where it’s very useful for agricultural applications.”

From analyzing soil carbon to reducing sodium content in bread, researchers put the synchrotron to work to address agriculture and food problems that can’t be solved in a conventional lab setting. This oftentimes means projects that require an analysis technique that does not destroy the samples being examined.

“We can use X-rays to generate two- or three-dimensional images, so you can see the whole and intact wheat stem and you can get 3D information about living tissues. Then you can go through different layers and see the composition and relate the structure to the function,” said Karunakaran. “People want to see what happens below the ground with the soil and the roots. With the synchrotron systems we can look at root systems intact in soil—not many technologies can do that.”

A DEEPER LOOK AT SOIL DYNAMICS
Michael Schaefer is part of a research team at the University of California Riverside department of Environmental Sciences that is using the CLS to analyze soil composition. Specifically, the team is studying the short-term impacts of crop rotation on carbon storage in soil. Funded by the university, the project is part of a larger one examining how cover crops help mitigate the effects of drought and can reduce water use by California farmers.

“There have been other long-term studies showing that cover crops increase soil carbon and moisture retention, but we were looking at what happens in the short-term, over one season of cover crop, to see if there is any change in how carbon is stored and aggregates are formed in the soil,” said Schaefer.

Aggregates are the balls of sand, silt and clay that form in soil. They are held together by organic compounds, specifically carbon. Larger aggregates help the soil hold more water.

The team used the CLS to analyze aggregate samples from a plot that had been planted with a cover crop on one half and no cover crop on the other. Using one of the specialized beamlines, the facility’s high-resolution spherical grating monochromator (SGM), they were able to examine the chemical characteristics and type of carbon present in the samples without destroying them.

The SGM beamline allowed the researchers to see where the carbon is in the soil and where it came from. In this case, the research team found that the carbon holding the larger aggregates in the soil together was new carbon that could be traced directly back to the cover crop.

“While we didn’t see an increase in the total amount of carbon over a short time in the fields we were studying, with the cover crop we saw a dynamic cycling of carbon into larger aggregates even just within a year,” said Schaefer.

“Soils are not static, they are really dynamic things,” said Schaefer. The CLS allows researchers to pinpoint the chemical nature of carbon within various soil components giving them a better fundamental understanding of how soils work. “The more understanding you have of something, the more creative you can be in terms of coming up with solutions to problems. CLS allows us to ask questions that we previously wouldn’t have thought to ask because there were no tools to measure them.”

ONE OF A KIND
Over the past six years Schaefer has been involved with several additional agriculture-related investigations using the SGM beamline. “There are few alternatives in the world for the SGM beamline, so you can’t just take your project somewhere else to do this work,” he said. “CLS is uniquely supportive of agricultural research across synchrotrons—it’s the premier facility for this kind of work.”

“A lot of the synchrotrons are in big cities, so if you want to transport or grow plants [at those facilities] it’s not possible,” said Karunakaran. “At our synchrotron, there’s a big greenhouse for the University of Saskatchewan across the road. The facility is neighboured on one side by Agriculture and Agri-Food Canada, and on the other side by the National Research Council. This is an ecosystem you will not find anywhere else in the world for agriculture and synchrotron.”

The synchrotron community is small. There are just over 40 facilities around the world, including seven in North America. “These facilities are very competitive and are in very high demand,” said Karunakaran. “We have 23 different research stations or beamlines at CLS, and while demand for each line varies, we are generally oversubscribed by 50 per cent.” In a competitive process, researchers submit proposals for use of CLS facilities. The CLS receives an average of 600 proposals and hosts more than 1,000 unique users per year.

When the facility opened in 2005, it encountered immediate demand for material science, physics, environmental and biological work. Its managers, however, saw the potential for the CLS to focus on agriculture. In 2015 and 2016, the CLS partnered with the Government of Saskatchewan, the University of Saskatchewan, Agriculture and Agri-Food Canada and the National Research Council to carry out certain experiments to demonstrate proof-of-concept for its use by the agriculture industry.

“We took some samples from the plant science community and plant breeders and took images on different beamlines to show them the composition of the plants,” said Karunakaran. The CLS then made agriculture one of its four strategic priorities in 2017. Karunakaran is now leading this expansion.

Sixteen per cent of the research project proposals submitted to the CLS are agriculture-based, but Karunakaran is working hard to grow that number to 25 per cent in coming years. This will include more research applications dealing with food, plants, animals and animal feed. 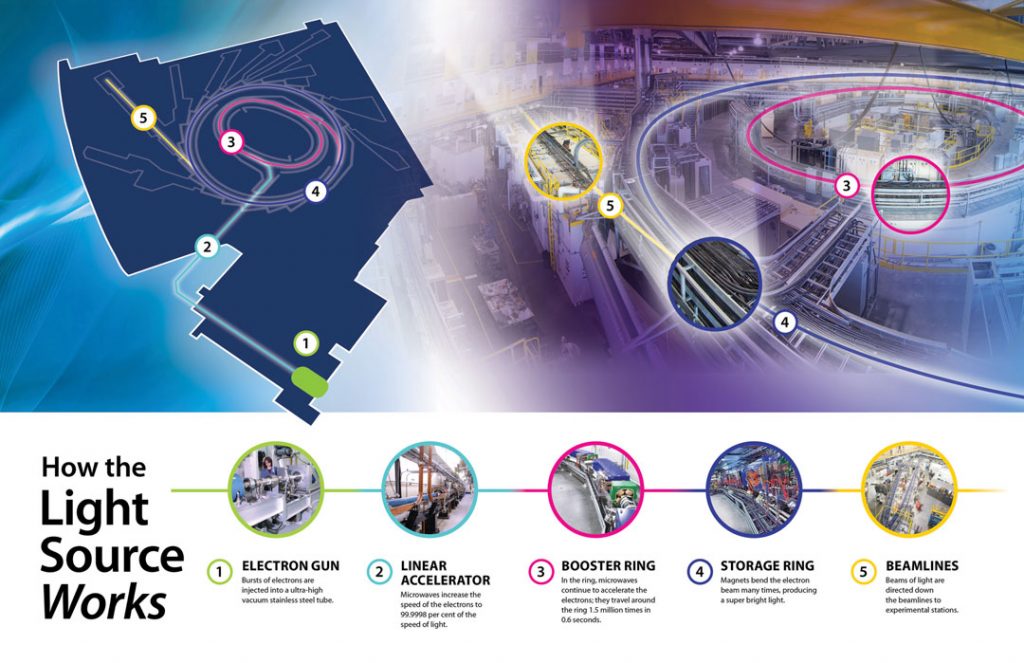 FROM FIELD TO FOOD
As it is for soil, the science of bread is deceptively complex. A team of Canadian scientists turned to the CLS to study dough for the purpose of baking healthier bread. “Bread is almost as ancient as mankind, but there are still so many unanswered fundamental questions about how its quality is affected,” said Filiz Koksel, assistant professor of food and nutrition at the University of Manitoba. “Breadmaking is an art and a science. We have to understand what’s happening at a molecular level, so we’ll be able to provide nice high-quality and high-consistency bread.”

Koksel is collaborating with scientists at the universities of Manitoba and Saskatchewan in devising strategies to reduce or eliminate salt in bread. In 2004, Health Canada recommended that the average Canadian needed to reduce their daily sodium intake by one third. Bread and baked goods alone contribute 20 to 30 per cent of our total daily sodium intake.

“There’s not an easy solution to eliminate salt completely in baked goods like bread. Salt not only affects end-product quality characteristics, but when we play with the amount of salt in the bread formula, we are changing its handling qualities during processing,” said Koksel.

Reducing salt can make dough stickier, causing problems with manufacturing equipment during processing. It also affects the gas-holding properties of the dough, which in turn affects the texture of the bread. In the process of reimagining bread formulas to reduce salt, the research project looked at other factors including which wheat cultivars perform better in low-sodium bread and how mixing time affects final loaf quality.

Using X-ray microtomography at the CLS, the team looked at the earliest stages of the bread making process to observe real-time changes in the dough without cutting the samples open, which would destroy their bubble structure completely. Being able to look at intact samples allowed them to look at elements of the microstructures, including how many bubbles were entrained in the dough and how they developed in the baking process.

“We needed a very powerful X-ray source for this because the changes in the bubbles are very rapid. Image resolution of the CLS synchrotron is very high. Using X-rays, we can extract the 3D structure of bread dough and determine the distribution of the bubbles,” said Koksel. She added this kind of analysis would not have been possible without the synchrotron.

Ultimately, the researchers found they could reduce sodium content of non-yeast dough by more than 20 per cent without changing the texture or flavour of the bread, but doing so is not easy. The recipe and preparation, including sodium level and mixing time, must be carefully balanced.

Looking ahead, Koksel is keen to return to the CLS and expand on this work by including yeast-based formulas with additional ingredients such as whole grains. She would also like to reach beyond bread to study popular consumer products such as muffins and bagels.

ACCELERATED INNOVATION
As a research facility, the CLS accelerates particles and ideas. With its team of more than 250 scientific and technical staff, it offers a community of international researchers from many disciplines the opportunity to collaborate, innovate and create new ways to approach problems.

“Working at the CLS, you learn a lot because it’s not one discipline, it’s an international community,” said Karunakaran. “I get to see how these technologies are being used by a chemist, physicists, environmental scientists and medical doctors to solve their problems, and then adapting their techniques to help solve agriculture problems.

“Adoption of technology can sometimes happen a little slower in agriculture. Now that people understand what’s possible, more are coming to the synchrotron with their ideas.” 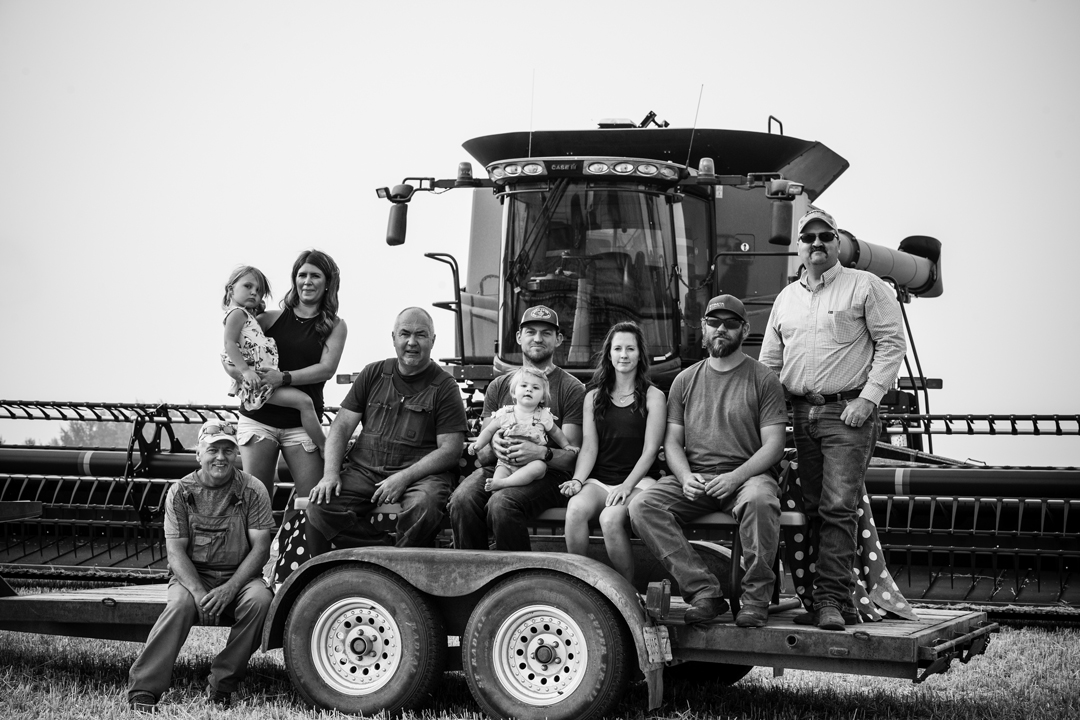