Stakeholders in the Canadian ag industry are optimistic that a potential free trade agreement (FTA) with China could vastly increase value, predictability and competitive edge in export. With other countries—including Australia, New Zealand and Chile—already securing FTAs with China, the potential for Canada to do so looks promising.

Members of the industry predict negotiations will begin by the end of this year, but in order to exceed other existing agreements and fully address all potential issues, including non-tariff barriers and conflict resolution processes, completing an agreement could take up to four years.

“The timeline will depend on the level of ambition, and I think that level should be high on Canada’s part,” said Phil de Kemp, executive director of the Barley Council of Canada (BCC). “China is the largest market in the world right now, and will continue to be into the future with their growing middle class.”

As Canada’s second-largest export market, our trade relationships with the Chinese are already well established. However, agri-food exporters have experienced challenges in light of China’s defensive protection of its domestic producers. Certain industries, such as canola and wheat, have been subject to high tariffs, fluctuations in demand and low tariff-rate quotas (where only specified amounts of a product are allowed at a lower rate of duty and anything beyond the allowance is subject to a much higher rate).

With canola seed currently subjected to a nine per cent tariff, the canola sector sees massive potential in an FTA with China. Rick White, CEO of the Canadian Canola Growers Association, said an agreement could increase exports by up to $1.2 billion per year—equivalent to an extra 1.8 million tons, or approximately 10 per cent of Canada’s current annual production—through elimination of tariffs.

“Our tariffs are higher than our competitors’, bringing us a disadvantage,” he said. “If this agreement can eliminate these tariffs, that would have a huge impact on value in what we sell into their country.”

White added that there is a need for more predictable access, with exports fluctuating from year to year. “As a supplier, it’s very challenging,” he said. “We’re looking for stabilization and elimination of non-tariff issues in this agreement.”

Cam Dahl, president of Cereals Canada, said the wheat sector has experienced significant fluctuations in exports to China over the past few years, which presents a significant challenge to Canadian farmers. “China is the world’s largest producer of wheat,” he said. “Their government has indicated repeatedly that it intends to be self-sufficient in its wheat production.”

However, he added that Canada supplies a different quality than China’s largely medium-protein and medium-quality wheat. “Because of this, I believe there will always be a reasonably strong market for our wheat going into China.”

Canada currently has a tariff-rate quota (TRQ) on the significant amount of grain it exports to China. However, it is only being filled at nine per cent and is controlled by China’s National Cereals, Oils and Foodstuffs Import and Export Corporation, the state trading enterprise. Dahl said that any steps to encourage China to increase its TRQ fill rate could increase Canada’s exports of that product.

“If TRQs could be allocated to more companies looking to buy Canadian grain, the demand would significantly increase,” he said. “There are some adjustments to an agreement that could go a long way for all cereal grains.”

China applies a 10 per cent tariff on imported Canadian malt. Because China prefers to complete the malting process at its own state-of-the-art facilities, it imports a relatively small amount of Canadian malt—approximately 10,000 to 15,000 tons per year. However, China is a large consumer of malting and feed barley, with tariffs currently set at three per cent for seed.

The current tariff on Canadian feed barley averages approximately $7 per ton. As a top barley competitor in the world market, Australia has secured an FTA with China and therefore incurs no barley tariff. This puts Canadian barley farmers at a disadvantage.

An FTA with China is expected to open up big opportunities for Canadian feed barley, especially considering its protein levels are three per cent higher than Australian barley. The BCC is working with select Chinese clients to introduce them to Canadian feed barley and its benefits.

“Even though our price may be higher, there’s an advantage and a savings for them in reducing some of their protein-percentage requirements through something like soybean meal in a poultry or a hog ration,” de Kemp said.

In late July, a team of Chinese delegates visited Western Canada to tour numerous poultry, hog and feed mill operations as well as a couple of barley-producing farms in Alberta, and viewed barley research projects being conducted at the University of Saskatchewan.

“We need scientifically based rules and systems in place and a robust process for dispute resolution,” Dahl said. “We do not want to blur any of the lines between the food safety and quality questions. We need to increase predictability and reduce any risks.”

De Kemp agreed: “A lot of commodity groups would like to see a harmonization in terms of China recognizing Canada’s regulatory system—that it’s a good system, that it’s all about food safety and quality in grain, feed and processed meats.”

In case such recognition cannot be fully reached, a consultative process in which issues can be rectified quickly and co-operatively at the highest levels is essential to negotiating an agreement.

Canada has a high level of expertise in negotiating trade agreements, particularly since working on the Trans-Pacific Partnership and implementing the Canada-European Union Comprehensive Economic and Trade Agreement, as well as several other agreements.

“Canada is very sophisticated and experienced in negotiating, especially now,” de Kemp said. “The Chinese certainly have some FTAs in place with other countries, but they’re not as experienced and have not worked in the kind of detail that I think a lot of the major trading partners would like to see here.”

National agri-food organizations are working to identify the opportunities and requirements in an agreement for potential negotiators. They also work collectively through the Canadian Agri-Food Trade Alliance (CAFTA).

“We’ve been together a long time and much of what we do is done collectively,” de Kemp said. “CAFTA brings the opportunity for all the different organizations to collaborate, and it allows the government to get the pulse on all the industries in a very quick process.” 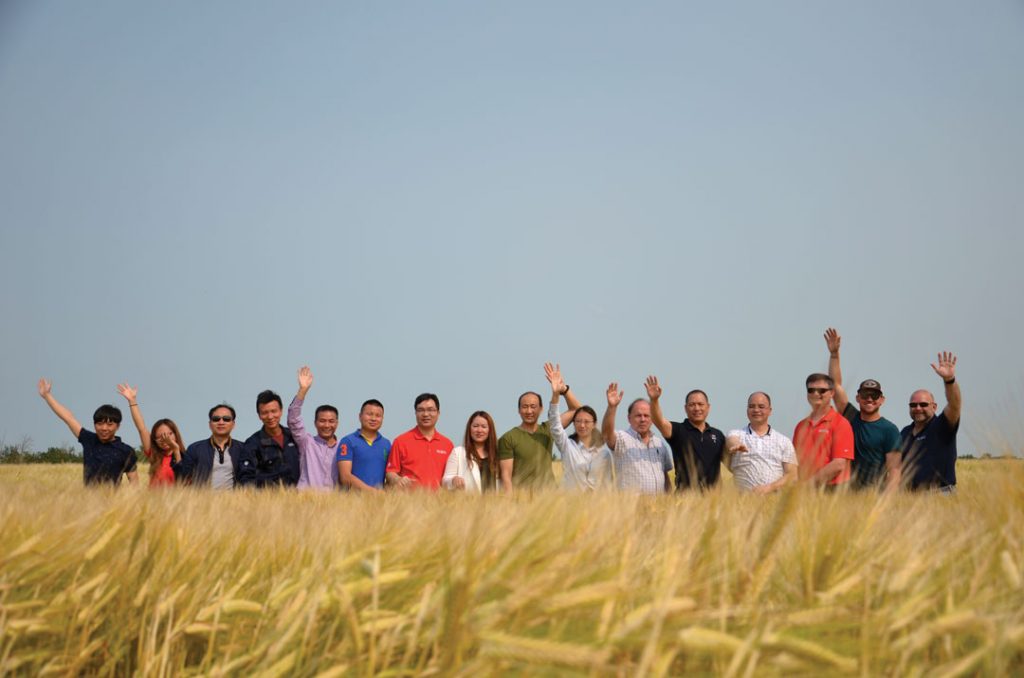 With other countries securing FTAs with China, time may be of the essence if Canadian agri-food exports are to remain competitive. Martin Rice, acting executive director of CAFTA, said it is important that Canada stay competitive and not lag behind other countries in negotiating trade agreements—as was the case with our Korean FTA, where Chile, the United States and the European Union were much further ahead. “We were struggling to get into the situation where we could start to catch up,” he said. “We finally are, but it took four to five years just to narrow the gap.”

D’Arcy Hilgartner, chair of Alberta Pulse Growers, also talked about the importance of staying competitive. “China is one of our top three importers of yellow peas and they’re a key customer for us,” he said. “But with other pulse exporters signing bilateral agreements with them, being left behind is a concern.”

Alberta Barley chair Jason Lenz said farmers are hoping that reaching an agreement could increase opportunity for them in a big way. “Any new market is always advantageous to us farmers,” he said. “We’re always hoping it adds to our bottom line. China, as a large and growing market, is a key market for all our crops, and for agri-food in general.” He added that growers are confident the ag industry and the federal government will get the best out of an agreement for Canadian farmers.

“Farmers need our farmer groups to be knocking on the doors of these countries to either extend the market or find new markets for our products,” he said. “Protecting us from non-tariff barriers is the big concern. We know we have the right people in place in our farm organizations to get that job done, and it helps everyone in the value chain, right from the farmer to the processor.” 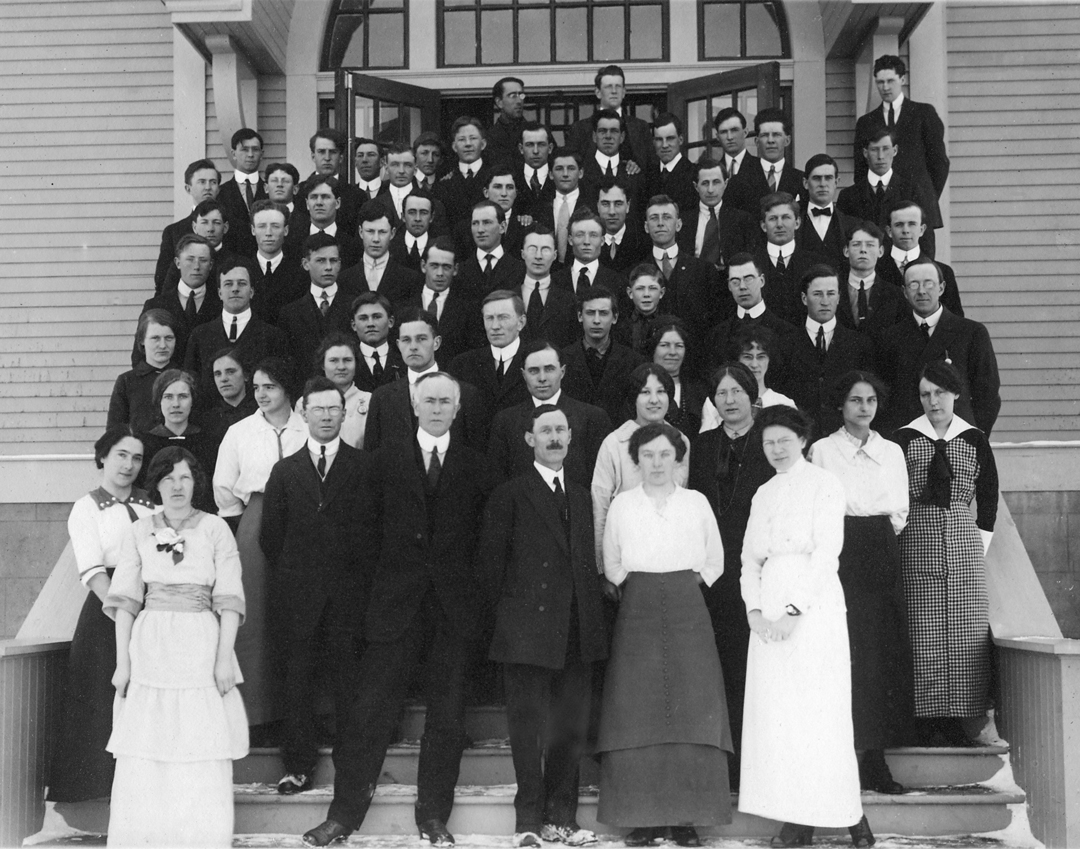