To relatively little fanfare, the Canadian government brought two of three major international free-trade agreements very near completion this past fall. After years of negotiation, the Canada–EU Comprehensive Economic Trade Agreement (CETA) now faces the approval of its constituent states, the Canada-Korea Free Trade Agreement (CKFTA) has been ratified and the Trans-Pacific Partnership (TPP) remains in negotiations, though its eventual completion and final approval look promising.

“We’ve embarked upon the most ambitious trade agenda Canada has ever had, and it is going to serve us very, very well for many, many decades to come,” Canadian Minister of International Trade Ed Fast told GrainsWest last fall.

Fast pointed out that being ahead of the U.S. in signing an agreement with the EU is significant.

“When CETA comes into force, Canada will be the only major developed economy in the world to have trade agreements with the two largest markets in the world: the U.S. and the EU,” he said.

It’s a huge advantage that must be diligently guarded and aggressively pursued. A joint Canada–EU study concluded that the agreement could generate $12 billion in new revenue for Canada. Notably, when implemented in approximately late 2016, CETA will see nearly 94 per cent of agricultural tariffs dropped outright.

“This agreement will rectify that,”
said Fast.

While some tariffs face long phase-out periods, when the CKFTA comes into force, 82 per cent of tariff lines will be duty-free. The Canadian government predicts this will boost the Canadian economy by $1.7 billion annually.

In contrast, the TPP represents a market of 792 million customers that now accounts for 65 per cent of Canada’s agri-food exports. It will cement existing agreements with its 12 member nations, including Mexico, Chile, Australia and New Zealand, and maintain Canada’s dominant access to the U.S. market under NAFTA. It also nets previously unsigned trading partners such as Vietnam and Malaysia, with Japan being the deal’s top Canadian prize.

Japan is already a $4 billion agri-food market for Canadian exports, and Canada is working parallel to the TPP on the Canada–Japan Economic Partnership Agreement so as not to fall behind the U.S. A 2012 government study concluded that increased trade with Japan has the potential to boost Canada’s GDP by $3.8 billion.

Yet these three agreements will take time to come into force. While CETA is predicted to take effect in two years, once CKFTA is finalized, it will see some tariffs phased out over two to 17 years. And though it is too early to predict an implementation date for the TPP, Alberta’s agricultural sector isn’t complaining about the wait, as the potential return for an export-focused nation such as Canada is just so staggering.

A 21st-CENTURY TRADE AGREEMENT
In notable contrast to the 1987 signing of the Canada–U.S. Free Trade Agreement and subsequent North American Free Trade Agreement (NAFTA), these latest international handshakes have generated little controversy. A transatlantic flight for EU trade officials provided by the Canadian government, and the too-late fussing of German opposition politicians opposed to CETA, were instantly old news.

Fast ascribed this quiet approval at home to Canadians’ comfort with well-negotiated trade agreements and understanding that they can well serve the country’s long-term economic interests. As well, he believes NAFTA and CETA are barely comparable. Whereas NAFTA concentrated on trade goods, CETA is broadly comprehensive in scope—a complex 21st-century agreement.

“CETA takes a giant leap forward,” he explained. “Putting in place mechanisms that will address many of the non-tariff barriers that your industry’s members struggle with, and are so frustrated by.”

The biggest agreement, CETA has received a great deal of the government’s focus despite the stagnation of the EU marketplace. Fast said the goal is obtaining immediate access for Canadian companies to a previously untapped market made inaccessible by high tariffs or significant non-tariff barriers.

“That’s why this agreement allows us what I believe may be a once-in-a-lifetime opportunity for our Canadian companies to have access to the largest consumer market in the world,” he explained.

A SYSTEMS APPROACH
A Canadian Agri-Food Policy Institute (CAPI) report, Leveraging Trade Agreements to Succeed in Global Markets, underscores that other countries are also aggressively attempting to secure preferential trade access for their agricultural producers, and this competition doesn’t end with the stroke of a pen.

“We’ve scored a big win with the CETA,” said CAPI president and CEO David McInnes. However, he suggested there’s work to be done in order to profit: The agricultural sector must act collaboratively, prepare to seize new export channels and act defensively against new competition.

Addressing all of these facets as part of what McInnes terms a “systems approach,” CAPI is calling for a trade barrier audit.

“We really have to think about the supply-chain strategies, the market access and entry strategies,” McInnes said. This includes ensuring that transportation and infrastructure—from ports to railways—are aligned and well oiled.

As strategic as government negotiators have been in hammering out agreements, he said, this same diligence must apply to dealing with the non-tariff barriers that fall outside of the agreements.

“It requires working with and advancing private-sector standards that dictate market entry requirements, and truly knowing how the Canadian food brand can be best leveraged to win over consumers in market niches in various countries,” he explained.

In other words, opening a market doesn’t guarantee receptiveness. Consumer trends and expectations are the next hurdle after access. Food purchases are based on many requirements, said McInnes, including where and how it’s grown, its nutritional content and its ecological footprint.

“Those are complex factors that retailers, processors and, increasingly, producers have to be more and more cognizant of to ensure we’re ready to access markets.” McInnes is confident this will pay off.

“Consumers around the world will increasingly seek out Canadian food and ingredients because of their quality, safety and nutrient profile, perhaps even around how we manage our land, water and soil,” he said. “Discerning consumers from Beijing to Berlin will increasingly look at those attributes. Canada’s in a very good spot to serve those high-end markets and other markets, as well.”

A WEALTH OF BENEFITS
Given the scope of the preparation required, taking a couple of years to gear up appears prudent, especially for small and medium-sized enterprises (SMEs). According to Peter Kuperis, director, domestic and international trade policy with Alberta Agriculture and Rural Development, while large ag corporations may be ready to take on new markets, SMEs require greater prep time.

Kuperis went on to list a wealth of benefits the recent agreements offer Alberta’s ag industry: CETA will reduce the cost of doing business with the EU as tariffs drop and improve access to this $78.9-million wheat market and $48.9-million durum market. Wheat tariffs will be reduced to zero over seven years, as will canola seed and canola oil tariffs. A historically small canola market, the EU’s $23.6-million biodiesel market is growing. As well, when tariff escalation is done away with, it will become more feasible to produce higher-value agricultural products in Canada for export.

To be phased in over five years, CETA will also bring increased quota access for livestock. This will include duty-free access for 64,950 tonnes of Canadian beef valued at nearly $600 million annually. Access will also be granted for up to 80,000 tonnes of pork and 3,000 tonnes of bison. Better livestock pricing and feed market expansion may lead to better prices for feed grains and will increase the volume of feed sold. Better market access may generate similar spinoff in processed meats and pet food.

Kuperis also pointed to the attractiveness of investment provisions in the EU deal, suggesting they may attract European investment in the Canadian food-processing industry.

“We’ve got high-quality commodity products, and Europeans are known for being sophisticated in food processing,” he said. “We think there’s a good match up there.”

Also of note, he explained that the sanitary and phytosanitary portion of the agreement is a strong means to discipline unjustified or unscientific trade barriers, including canola biotechnology issues and complications with variety registration and recognition. As well, common to the agreements, Kuperis pointed out, is trade facilitation, a decorative term for the crafting of smooth and predictable customs procedures.

While the CKFTA will see some lengthy phase-outs, including up to 15 years for barley, the existing 10 per cent tariffs on canola seed and wheat will drop immediately upon implementation, while other canola products will see five- to seven-year phase-outs. Canadian wheat exports to South Korea represent an annual value of $273 million, and this number will potentially grow. South Korea was also a $50-million Canadian beef market in 2002 prior to the BSE closure, and Canada Beef predicts renewed exports may hit $65 million by 2020.

The Canadian Agri-Food Trade Alliance (CAFTA) has pushed for a strong TPP agreement, said Executive Director Claire Citeau. Though the agreement will not change existing commitments, she said it may improve the market access conditions in these countries. The ag sector expects to benefit from the creation of a plurilateral agreement, she added, meaning equal access for competing products across the region.

“The TPP has the potential to improve the competitiveness of our economies and enhance regional supply chains by permitting the production, processing and movement of products and ingredients among TPP countries where competitive advantages exist,” she explained.

Citeau emphasized that Japan must import 60 per cent of its food, and given that Canada can supply ag products that satisfy its traditional dietary needs, the existing positive trade relationship between the two nations can only improve.

“An agreement with Japan will provide Canada’s agriculture stakeholders with the opportunity to broaden and deepen the trading relationship with the Japanese market, which is critical to Canada’s growth and economic prosperity,” she said.

GET MOVING
In the past, trade agreements have not always been followed up with assistance to exporters in accessing new markets. Fast said this is no longer the case.

“It’s now time for Canadian companies to get serious about exporting beyond North America,” he said.

January 30, 2015
The United Nations has declared 2015 the International Year of Soils. The goal of this effort is to “raise awareness of ... More
Prev Post THE SPICE OF LIFE
Next Post OPTION TO MARKET 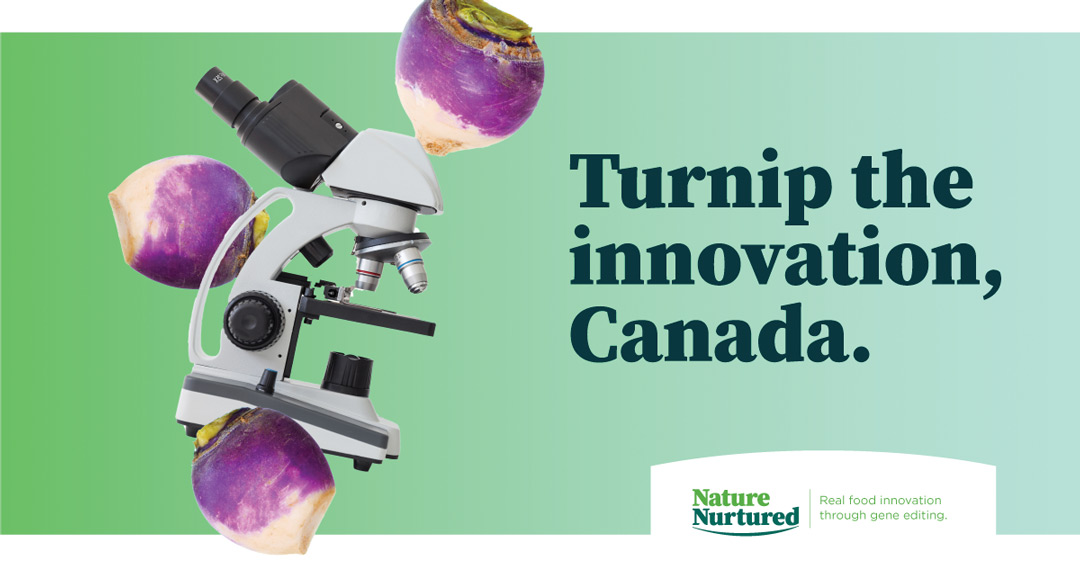 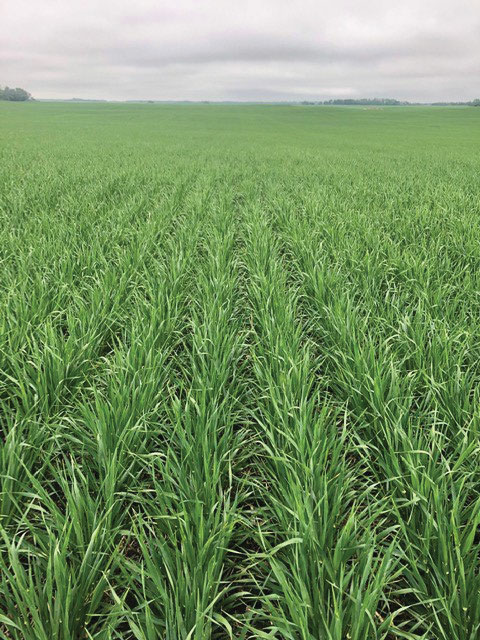