CONCERNS OF A BIOTECHNOLOGY ADVOCATE

This is not another article about whether GMOs (genetically modified organisms, otherwise known as “transgenic” crops) are likely to save the world or destroy it. The basis for this article is that using molecular biology is appropriate as another tool that can be used to improve crops.

At Alberta Innovates Bio Solutions, we invest in many research programs that employ a range of biotechnology tools to improve western Canadian crops. I serve as vice-chair on the board of the African Agricultural Technology Foundation, which supports African and global partners to use biotechnology to address disease resistance, nutrient use and water efficiency in cassava, banana, rice and corn.

There are still many issues that concern me (a supporter of using biotech) when I think about how biotechnology is being used for crop improvement in Canada and around the globe. They fit into five categories:

1) Who will determine which traits receive attention? First-generation traits have been input traits such as herbicide resistance. This makes market sense since companies can sell both seed and inputs. But who is going to work on developing transgenic disease resistance or enhanced nitrogen use—traits that will benefit all producers without an obvious method of recouping research costs? Clearly, this is where the public research system can play an important role.

2) How will public biotechnology research be funded? Plant biotechnology costs money. As new technologies become available, the cost of the people and equipment necessary to take full advantage of new opportunities continues to increase. This is happening in an environment of reduced public-sector research budgets. If biotechnology is going to focus on “public good” opportunities, do governments have the appetite to provide the necessary resources? Producers (and end users) need to continue to advocate for the appropriate investment of both their own money (via organizations they control) and public funds.

3) How do we maintain a system where everyone learns from new discoveries? We have made progress over many centuries through scientists learning from one another. As private companies dedicate significant resources to crop improvement, issues such as “freedom to operate” limit researchers’ capacity to collaborate. When companies control specific gene constructs, it restricts the ability of others to make progress.

4) Where will new science come from? Technology success stories from the past 30 years often start with someone having a great idea in his or her garage or basement. But when it comes to biotechnology, reports suggest that it costs life science companies between $40 million and $140 million to place seed of a single-trait transgenic crop in the hands of growers. This means that lots of great ideas may never see the light of day unless we develop systems to support “blue sky” work.

5) How do we reduce the cost of bringing transgenic crops to market? One of the main factors for the expense associated with seeking approval to sell transgenic cultivars is the regulatory burden placed on companies by governments that often use rules that are not based on plant biology or scientific evidence.

As users of biotechnology, producers need to ask these questions, and use their economic, political and industry influence to get answers to benefit their operations and the entire agri-food sector.

There are many interesting opinions published recently on how transgenic technologies should be viewed. Two suggested sources from opposite ends of the spectrum: Mark Lynas spoke at the 2013 Oxford Farming Conference and detailed his “conversion” from being one of Europe’s leading anti-GMO campaigners to a supporter of using molecular biology to improve crops. Meanwhile, food journalist Nathanael Johnson addressed aspects of plant biotechnology in 26 thoughtful, well-researched installments for the environmental magazine Grist.

My observation is that the thousands of blogs, articles, papers, books and speeches on transgenic technologies have done very little to change how people view biotechnology. I suspect this is because neither supporters nor detractors address the concerns that motivate the opposition. Bottom line: As with most important issues there are many shades of grey when addressing the issue of plant biotechnology. If you hear anyone taking a hard line on either side of the discussion, consider looking elsewhere for a more nuanced view.

Stan Blade is the CEO of Alberta Innovates Bio Solutions.

FUNDING AGAIN UP FOR GRABS

January 10, 2022
The Canadian Wheat Research Coalition (CWRC) is neck deep in the preparation of a funding application in hopes of securi... More

January 10, 2022
Plastics have become a key part of farm life but the industry continues to grapple with the hefty volume of waste materi... More 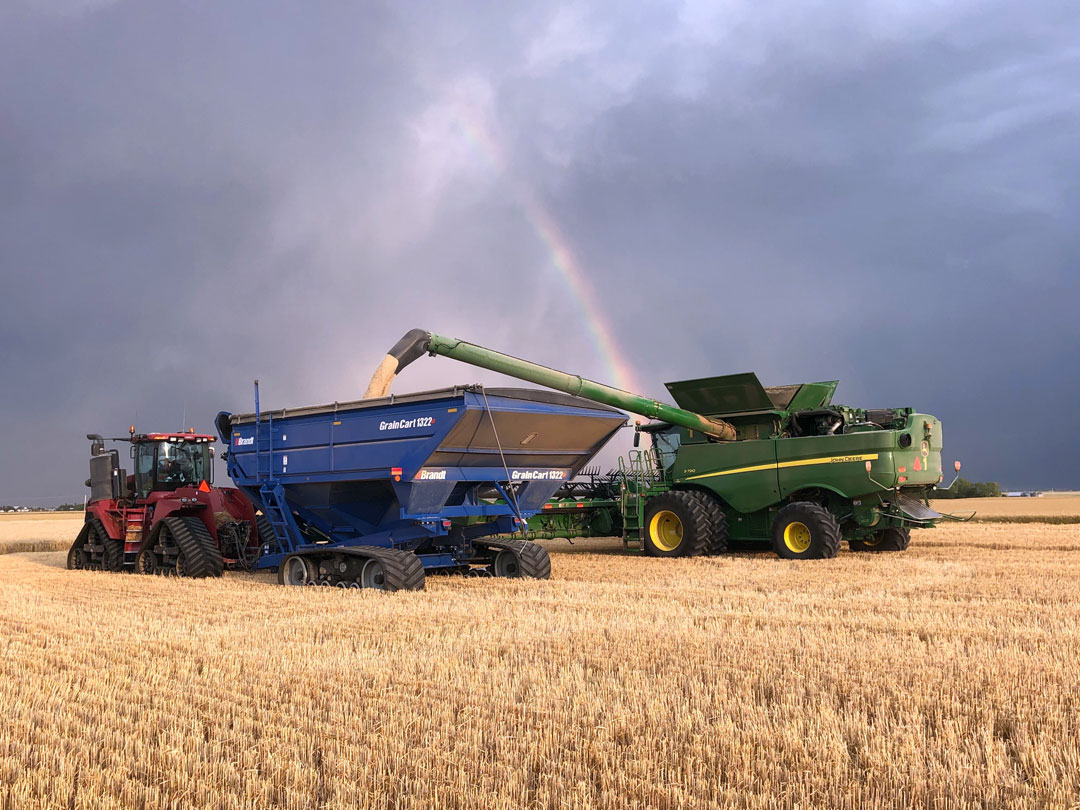 The Alberta Wheat and Barley Commissions are proud to bring you The Grain Exchange - Latest News! Check out the latest from Policy TRACKER and read about a new survey we are launching for producers on drought impacts and grain contracts. https://www.albertawheatbarley.com/latest-news

Visit http://albertabluebook.com to place your pre-order for the 2022 Blue Book with shipping in March!