COMMUNICATION FROM FARMERS IS VITAL TO SUCCESS

Farmers are on the front line of our food production. Daily, they are battling the elements, including nasty, uncooperative weather, invasive insects, disease, and weeds that choke and steal the nutrients from healthy crops. And this year, they faced a short growing season (emphasized by #Harvest14).

It is a risky time to be in farming, and many farmers are reviewing their risk management options.

When you think of your risk management toolbox, do you think of research and innovation as part of your arsenal? Yet, access to new crop varieties and genetics helps farmers manage risk.

The modern agriculture methods used today are based on giant leaps in genetic plant-breeding technology. The science that farmers use every day on their farms allows them to manage a risky, short growing season. It also introduces a new realm of possibility for production in a normal growing season that previous generations could only dream about.

Two areas of risk that need management are consumer perception and satisfying consumer demand. Gauging consumer trends is becoming increasingly complex and risky, since these trends do not always make sense. Yet, these trends do and will affect producers’ long-term operation sustainability.

Deborah Whale, a seventh-generation Ontario farmer, recently expressed the frustration many farmers feel at an “ideas” conference near Toronto. “The anti-modern agriculture message is eating away at the foundations of this mighty industry,” she explained. “If it eats away at the foundations, then it will surely destroy the future of one of the greatest success stories on the Earth—and that is Canadian agriculture.”

At the conference, Whale communicated that old-fashioned, small-scale farming practices are not better than how producers farm today. The land management practices and poor food-safety protocols of the last century would put too many pressures on the environment and would not allow us to produce what farmers are outputting today. It would not feed us the way we demand to be fed for the low cost of food we have come to expect.

Farmers and industry alike are saying that more communication with the public is needed, but whose job is it anyway?

Agriculture and agri-food is more than a career choice, it is a way of life and a culture. We, too, are consumers, not just food suppliers, and we all care about our industry. We need to communicate that by sharing our passion and personal perspective.

Agriculture More Than Ever hosted a “Social Media 101 for Agvocates” webinar with Megan Madden, from southpaw pr. Madden explained that, when using Twitter, you need to share credible, balanced information: “Twitter is a social community you are building, not a propaganda tool.”

She also said to “tweet from the heart,” engage in conversation about what you are interested in and, if you disagree with something, push back by asking for more information.

Is it as simple as that?

Recently, Sarah Schultz (@NurseLovesFarmr), a farm wife and blogger, directly challenged a Starbucks campaign that claims to “help farmers” but actually dictates to farmers how they should farm. Sarah, a social media stalwart, and her husband Jay, an Alberta Wheat Commission regional representative, farm near Standard. Other farmers from across North America joined Sarah’s commentary. Her engagement, coming from a farmer’s personal perspective, made the public and Starbucks rethink. Not all urbanites are hostile to modern agriculture farming practices, but they are actively seeking information. If you are on Twitter (and many farmers are), sharing your farm event experiences and what happens on your farm is a sure way to have urbanites “follow” you from large urban centres as far away as New York and L.A.—they seem to want to learn more about farming.

Through social media, many grassroots farmer communication efforts are emerging, such as @FarmersOfCanada, sharing “a week in the life of Canadian farmers,” and @AskTheFarmers, which answers questions like, “Where does your food come from?” and “How is it raised?”

Can we really influence public discussion on food and farming by engaging in conversations using social media and other public venues to explain our story? As Megan Madden from southpaw pr says, “Keep calm and agvocate on.”

March 21, 2015
As the price of 3D printing continues to fall, farmers should start thinking about what they can and will do with these ... More
Prev Post ON SOLID GROUND
Next Post NOVEL TOOL INDICATES CANADIAN BARLEY AND CANOLA ARE SUSTAINABLE RESOURCES 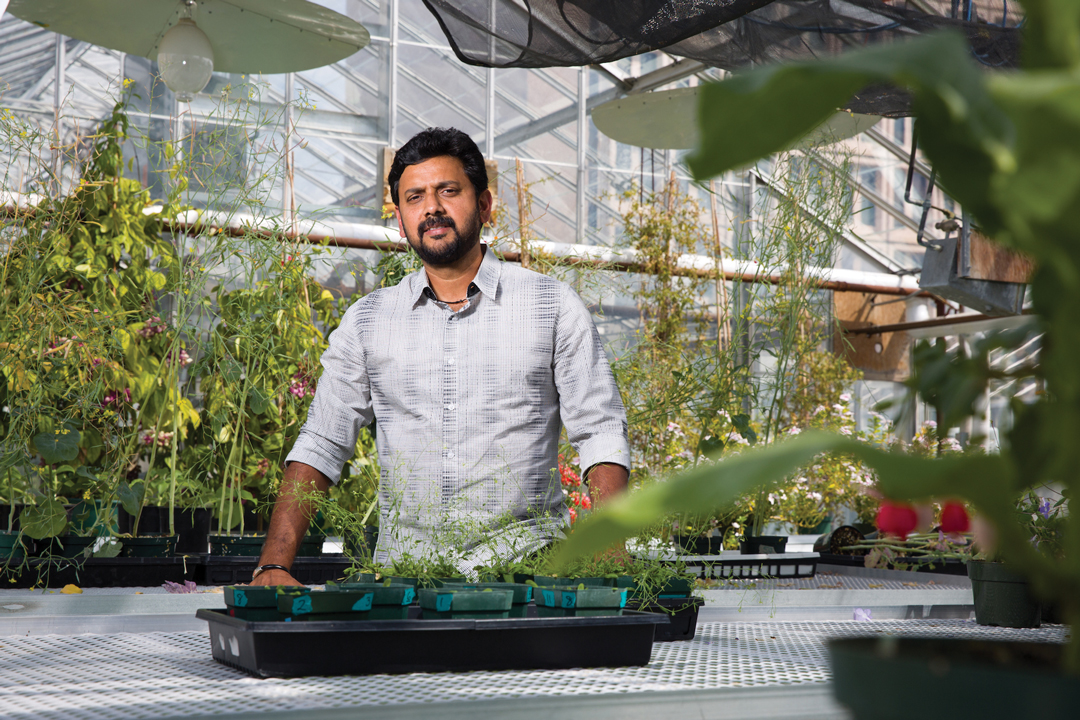