After decades in decline, Prairie grain elevators are experiencing a development revival. Over the past two years, every major player in Canadian grain marketing and transportation has announced significant investments in building and expanding rail and storage capacity at their country grain elevators.

The new construction represents hundreds of millions of dollars of investment in infrastructure, and will help address capacity issues in the grain supply chain by increasing one-time storage capacity in Western Canada by more than 450,000 metric tonnes, and doubling rail car loading capacity.

James Mowbray, vice-president, commercial manager, for Cargill AgHorizons Canada, says the sudden growth has been triggered by a combination of factors, including changes to the grain marketing system in Western Canada and a push for greater efficiency in the rail system.

“When the Canadian Wheat Board (CWB) was involved as a single-desk marketer, they controlled the pull of grain from the farmer. In an open market, grain can come into the system at any time,” explained Mowbray. “Our customers expect us to provide service in a timely and efficient manner, and that we’ll have a good amount of storage and transportation under what they bring in.

“At the same time, there’s greater competitiveness with the railways for different industries moving different cargo. Rail companies want to get more efficient and productive, and move larger trains,” he added.

Cargill is focusing its investments on expansion and upgrades of existing facilities rather than new builds, with an emphasis on increasing automation and efficiency to help farmers unload and move grain into rail cars as quickly as possible.

“We don’t believe there’s a physical asset capacity constraint; our challenge is to move product consistently over the 12-month cycle,” said Mowbray.

Not all competitors are taking the same approach. In 2014, Viterra announced three new high-throughput terminals

“We’ve been very active. The inland and port expansion goes hand-in-hand,” said Kyle Jeworski, president and CEO for Viterra in North America, referring to a $100-million upgrade at Viterra’s Pacific terminal. “You can’t just expand inland and have no place to go with it. The port upgrade allows us to maintain balance.”

The new builds will incorporate the latest automation technology, which Jeworski said will provide unrivalled receiving and loading capabilities. In his words, this will “add velocity,

“We have a lot of history in running facilities, and we know where to tweak to increase efficiency,” he explained. “We won’t stand still. There have been so many changes in the industry in the last three to five years, and we need to continue to evaluate and adjust to support our farmer and end-use customers.”

Parrish and Heimbecker, Limited is also making significant investments to secure its market share. The company’s new elevator at Hanover Junction, just west of Biggar, SK, will be open in time for the 2014 harvest, and another new elevator is under construction in Gladstone, MB.

“We are trying to make sure that we are geographically diverse as a way to hedge against different weather patterns and growing conditions,” said John Heimbecker, the company’s vice- president. “Our plans are driven by a longer-term strategy, not deregulation of the CWB or railway requirements. We want to get to places that we currently are not represented. Other points on the map are still to come.”

Talk to anyone in the sector, and they will tell you that having fast facilities is not enough—the real prize is getting farmers to deliver. Efforts to secure farmer loyalty for grain delivery have been ramping up with renewed competition in the sector.

“The only way to get market share is by having yourself in a position to buy grain in the country, though it doesn’t hurt to have a terminal or two as well,” said Mark Hemmes, president of Quorum Corporation, the organization responsible for monitoring grain transportation for the federal government. “The starting point to get into the game is that you have to be able to buy grain in the country and you have to have a place for farmers to deliver it.”

It is a challenge that the CWB has had to face as it transitions to privatization. The announcement of three new high- throughput elevators in Bloom, MB, Pasqua, SK and Colonsay, SK, added an entirely new dimension to the CWB’s business. Both facilities are scheduled for completion in time for the 2015 harvest.

“We have lots of experience on the marketing side and working with partners, but ownership is new to us,” said Gord Flaten, vice-president of grain procurement for the CWB. “We knew from the start that the path to a viable grain company is to have a network of assets. We plan to keep buying grain in the way we are doing it currently, but the addition of our own assets will be important, as well.”

Once the privatization of the CWB is complete, the farmers who deliver to its facilities will have a unique opportunity to earn equity in the company. The transition has been underway since they began distributing entitlement to equity through the farmer ownership program in 2013. Through the multi-year program, producers who deliver to the CWB will be credited with $5 per tonne in ownership in the privatized company.

“There is no other opportunity for farmers to own equity in a significant- sized grain-handling company in Western Canada,” said Flaten. “We intend to have a full network across the Prairies, but we are not announcing the numbers and locations before they are ready.”

While the major grain companies are investing in their own infrastructure, Manitoba-based FarmLink Marketing Solutions is leveraging the rapid growth in on-farm storage by marketing grain straight from farmers’ bins. What started as a consulting business to help growers maximize profits is becoming a virtual grain company, managing the sale and delivery of three to four million acres of crops annually.

“Farmers’ storage is not just a place to park grain until it’s ready to sell; it’s an income asset of its own, but hasn’t been treated that way,” said Brenda Tjaden Lepp, co-owner and chief analyst for FarmLink. “Big elevators on rail lines are not our business. We are using technology and advanced management practices of our clients and staff to find a new and better way to connect end-use customers with growers.”

According to Hemmes, the abundance of on-farm grain storage in Western Canada has a significant impact on the way grain is marketed.

“Producers are buying incredible amounts of on-farm storage, so anybody building additional storage capacity has to contend with that,” he said.

“Building more capacity is in some ways necessary because railways are not efficient,” he added. “Companies compensate by increasing storage and get more market share. It’s smart business.”

June 1, 2018
An ever-changing array of bulk cargo and container ships frequents Port Metro Vancouver (PMV). Though the temperate mari... More
Prev Post HARVESTERS FOR HIRE
Next Post WHERE THE WHEAT MEETS THE WATER

WELCOME TO THE FARM 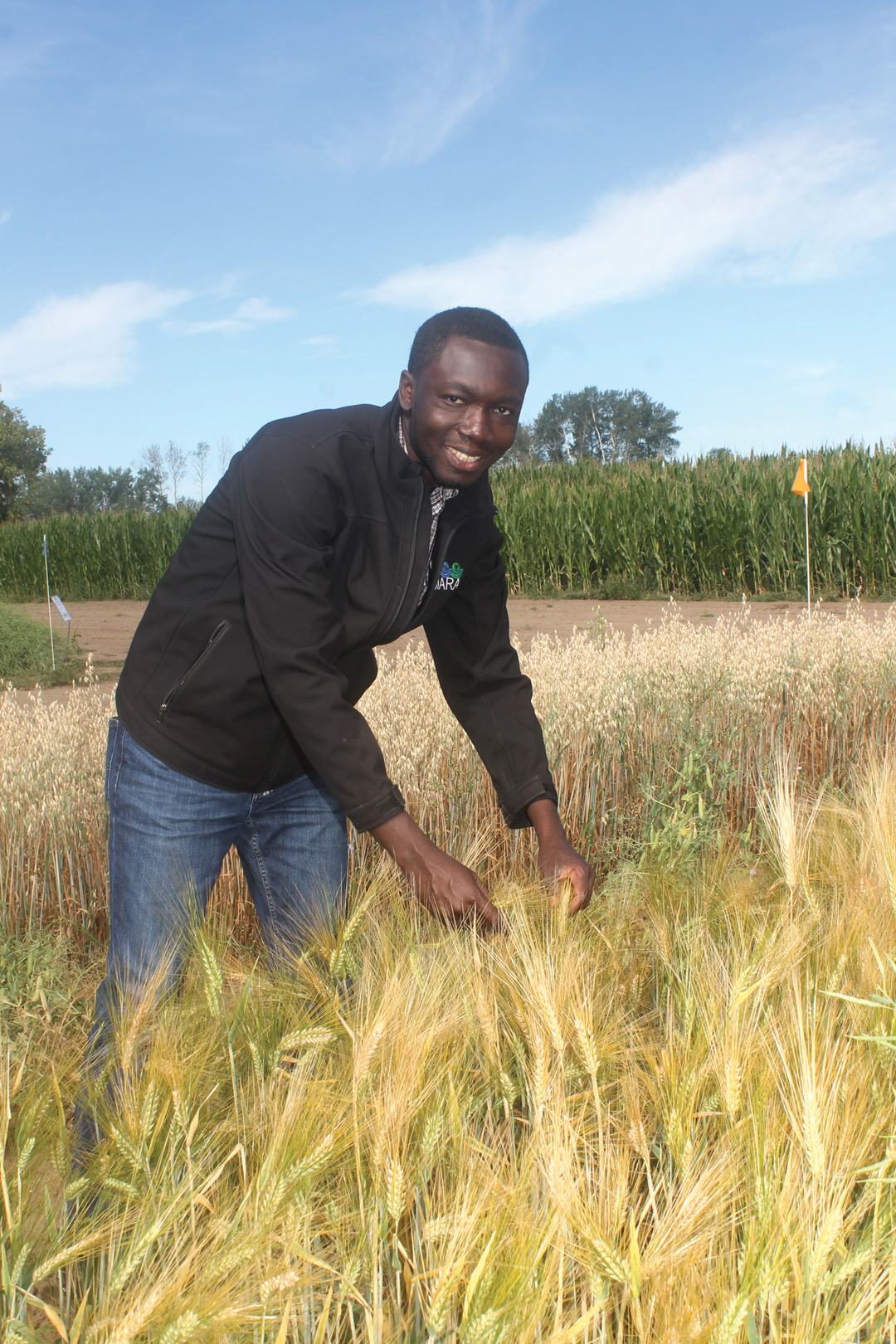