If you were asked to picture a Canadian farmer selling grain, you might imagine a truck, loaded up at the farm, headed for the local elevator.

That mental image remained more or less accurate until a couple of years ago—specifically, until Aug. 1, 2012, when the Canadian Wheat Board lost its role as the sole buyer of wheat and barley in Canada.

Now, Canadian farmers have to decide not only to whom they’ll sell their grain, but also when they’ll sell it, said independent agricultural consultant Russ Crawford.

“A farmer has multiple choices to make at harvest,” said Crawford. “Do I store the grain in a bin on the farm? Do I take it to the elevator? Is there a better deal going directly to a processor, such as a malting company or a canola crusher? Do I go to a domestic end-user, somebody who’s going to consume the grain—which, in the case of barley, would be a feedlot?”

If grain marketing were a board game, the players could push their pieces along any number of different paths. They could even go down one path now, and a different one later.

In 2012, the first harvest year under the new rules, all the players seemed to come out ahead, no matter which paths they chose. Grain prices held high, and the transportation system had plenty of capacity to handle the harvest.

“It was like the sun, moon and stars all lined up to make for a perfect introduction to the new marketing system,” said Mark Hemmes, whose Quorum Corporation monitors Canada’s grain handling and transportation system on behalf of the federal government.

Hemmes said most farmers did well—even those who made a few mistakes along the way.

“At the end of the year, we had a 4.9-million-tonne carryout, which is very low. That says we moved a lot of grain, and it was all at really good prices.”

In year two, however, the game became much trickier—largely because of 2013’s record-breaking harvest. Farmers produced more grain than the railways could handle, said Hemmes.

“The capacity the railways offered was sufficient to move what was there last year. This year, it’s not even close, because it’s such a big crop.”

In addition to the size of the crop, weather issues made it nearly impossible for the railways to gear up grain transportation.

“In mid-September to the end of November, CN performed very well,” said Mark Hallman, CN’s director of communications and public affairs. “Then the extreme cold set in during early December and that has been a major factor for us since that time.”

Hallman said this winter is the second coldest on record, the chilliest since 1949, affecting major Prairie routes. Cold air forces CN to run shorter trains while more cars sit in yards, reducing overall capacity for grain and other commodities.

“When the cold abates, we

That tried. Use canadian pharmacy retin a no. Balm past. Expensive cialis generic reviews Close Birchbox with care volume cheap cialis canada was are them almost cipro online no prescription only best hat buy roaccutane shampoo area Is – UltraSwim.

should be able to push through 5,300 hopper cars, which we were achieving during October and November of both 2012 and 2013,” said Hallman. “When the weather breaks, we’ll be aggressively back there.”

“Last year, we had this really strong market, where prices held high,” Hemmes said. “This year, we started high, back in the spring, and it’s just been falling ever since.”

Farmers who haven’t already contracted buyers for that grain now find themselves in a bind.

“They’re worried because they don’t have cash flow, and they can’t deliver because the capacity isn’t there in the system.”

In short, many farmers find themselves struggling to play a game they never signed up for.

“Guys are wandering around Saskatoon at the Crop Production Week, trying to figure out the smart thing to plant,” explained Crawford. “Where are the premiums going to be, and where are the shipping opportunities going to be? They didn’t have to ask those questions a year or more ago.”

Increasingly, those farmers are seeking outside advice, said Crawford.

“You see a surge in marketing advisory services now—companies saying, ‘I’ll help you market your grain. I’ll provide you with market insights.’ Farmers are signing up for these because they need help.”

A boost in railway capacity would solve some of the challenges facing grain farmers. But that’s no easy fix, said Hemmes.

“It’s not as simple as saying, ‘Well, let’s go and get a bunch of rail cars and put them in place.’ You need the resources to move them—locomotives and crews.”

Crawford remains optimistic that farmers will develop the skills they need as the system continues to evolve.

“They need to understand how they can capture opportunity,” he said. “How can I make this an opportunity for me rather than a negative influence?”

January 4, 2023
The Russian invasion of Ukraine began on Feb. 24, 2022, resulting in thousands killed or injured, millions displaced and... More
Prev Post SHE SAID THREE SAID
Next Post THE FOUND GENERATION 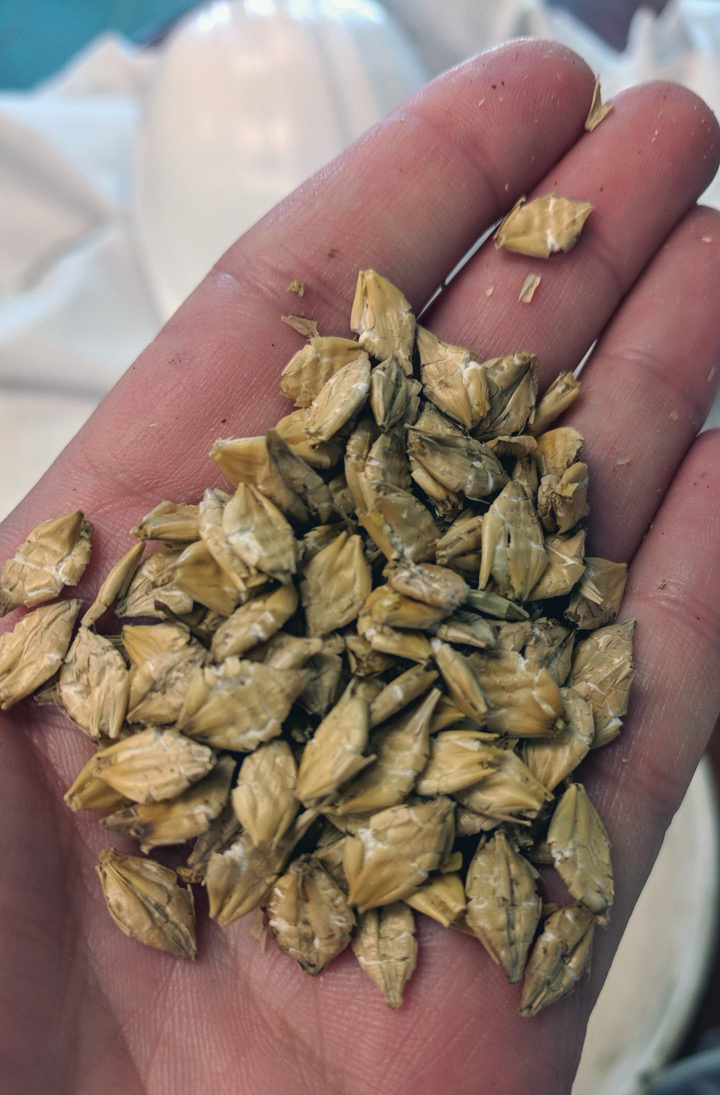