Canada’s Food Price Report 2022 annually delivers a much-anticipated snapshot of the nation’s consumer grocery bill for the year past with predictions for the coming year. The report is published by Dalhousie University and the University of Guelph with the participation of the University of Saskatchewan and the University of British Columbia. In early January, GrainsWest conducted a wide-ranging discussion on the implications of its latest findings with Sylvain Charlebois, lead author and Dalhousie professor in the faculties of management and agriculture. [Pictured above: at the Prairie Cereals Summit 2021, Charlebois (right) took part in a fireside chat led by Tom Steve, general manager of the Alberta Wheat Commission and Alberta Barley.]

GrainsWest: You have said Canadian food prices started to rise around 2008/09 following three decades of relatively lower prices. What factors kept the price of food depressed for those 30 years?

Sylvain Charlebois: My starting point would be the consumer. Food was highly marginalized for a very long time. It’s always hard to sell something in the marketplace when there’s no perceived currency. That’s basically how the ’70s, ’80s and ’90s went. Food wasn’t really a huge part of our lives. Not as much as now. What’s going on right now is quite reassuring. That’s how you can actually grow a sector: get consumers to better appreciate what actually goes on in the agri-food sector from farm to fork.

GW: According to the report, the typical grocery bill rose 70 per cent between 2000 and 2020. What main factors pushed this increase, and how incremental was that trend over those 20 years?

SC: Every year there’s a different story, and so one category would push food inflation much higher. I mean, last year it was meat products. We expect dairy to take over this year. A few years ago, it was bakery. Every year, there’s a different story. Canadians actually have been quite spoiled by [low food prices] overall. But things are slowly changing. We are seeing higher prices, beyond what families are able to afford. Salaries are moving up, but not as fast. People will have to dedicate a much larger percentage of their budget on food moving forward.

SC: The context we’re in right now is unprecedented. Typically, you would look at, say, climate as being a wildcard, impacting different parts of the world. Now you have a pandemic affecting the entire world along with climate and other issues. Of course, we’ve had droughts this summer and heat domes and floods. It’s getting more difficult and complicated to forecast and predict. But to see two years in a row like this, with higher inflation rates, is unusual. At least it’s the first time we’ve seen this since we started to forecast prices 12 years ago.

GW: Globally, the pandemic has disrupted the restaurant industry. It has also notably impacted the food supply chain, which has, among other things, been hit with high fuel prices. Climate events such as Prairie drought have hit agricultural production hard. Given these factors, are Canadian consumers lucky they have not been hit even harder by food price escalation?

SC: I think so. Farmers, processors, distributors are well positioned to appreciate all the sector’s accomplishments over the last two years. It’s just been amazing to watch. To keep the food supply secure is a huge task, given what was thrown at us. It needs to be celebrated and underscored as much as possible. What we’ve seen is really nothing short of a miracle really. The food industry has done very, very well. I am a little bit concerned right now with Omicron because the pace of it is really killing the entire economy very quickly. It is almost unbearable. I’m concerned about absenteeism, loss of truckers and I’m concerned about logistics.

GW: So, despite its resilience, maybe it can only take so much?

Well, yes. Some of it is obviously related to the virus but some of it is self-inflicted. And that’s why I think we’re starting to see some loosening of public safety measures just because you can’t operate a business if half of your people are isolating for two weeks or 10 days. Cancelling a hockey tournament is one thing, but cancelling the food distribution system is something else. Individualizing risk management is a welcome approach.

GW: As the pandemic hopefully fades, will this ease upward pressure on food prices?

SC: It’s been suggested once we’re done with the pandemic, prices will drop. I don’t think it’s going to happen. And frankly, I’m not even sure we want that to happen. There’s even an influx of wealth into the system [which may make] everyone feel empowered, that they can provide higher quality products. Gaining the ability to innovate will be key for the sector as well. Training consumers to spend more on food can bring some huge dividends for everyone.

GW: You have suggested the food industry is recalibrating, and this is good for farmers. How so?

SC: The supply chain is opening up in two ways. One, consumers are much more aware of different nodes within the supply chain, including farming and production. Secondly, consumers want to interact with all nodes, including farming. There is an opportunity here for industry players to connect with the public. And I’m not just saying farmers should be selling products. When I say connect, it’s about data. It’s about information and understanding the consumer.

The other thing I see is the market is really shifting around the world. There’s more focus on local and on food autonomy. By focusing more on processing domestically, there will be even more opportunities for farmers. Most [grain farmers] are very focused on global markets. But I do think there will be a push towards nearshoring or onshoring, supporting and giving Canada an advantage. And as soon as you start seeing a stronger processing sector, it’s much easier to support farmers. You’re not at the mercy of a currency, of embargoes, things that can disrupt the entire sector overnight. You’re just less vulnerable.

GW: Following the example of Australia and the U.K., Canada is looking at the creation of a code of conduct to govern the relationship between grocers and rest of the food supply chain. If implemented, would it positively affect food prices?

SC: I think it would. Food prices would probably be more stable, but most importantly, it would probably reduce chances for collusion in the marketplace as we saw with bread, for example, a few years ago. There will be more discipline and more sharing, and at the end of the day, that can only benefit farmers. Some farmers do interact with grocers directly. And they’re treated the same as everyone else at times. And some of the conditions imposed at times by grocers are absolutely unreasonable.

GW: The report predicts the 2022 food expense for a family of four will hit $14,767—up $966 from 2021. What effects may such a substantial increase have on consumer food purchasing habits?

SC: Typically, when you see a shift like that, you obviously need to expect a more frugal consumer at the grocery store. We’re likely to see more people trading down, trading sideways, look for deals. We’re already seeing that now. Consumers are looking for bargains everywhere they go.

GW: The UN ranked Canada 24th in the world for food affordability in 2021. What does that number say about our nation’s food system?

SC: Number 24 doesn’t mean a whole lot unless you compare Canada with its ranking in 2020, which was 18. We’re dropping; that’s a sign. I think it has a lot to do with wages. Wages are moving up maybe 2.2 to 2.3 per cent on average in Canada, while food prices are increasing by about five per cent. You can see why food affordability is being challenged in Canada. My guess is in 2022, Canada will drop even further in the rankings. A lot of people will want prices to drop or stabilize. I’m more of the mind that we need to make sure people can afford the food. That’s why I’ve always been a great advocate for higher wages for people so they can afford the food and enjoy the food that they have access to.

GW: You have also said consumers are now closer to paying the real price of food, and this is unlikely to ever go back down. What does it mean to pay the real cost of food? And what is the upside and the downside of paying that price?

SC: What it means is Canadians got a really good deal at the grocery store for a very long time. It is not easy to service a market like Canada, where we’re only 38 million people and one of the largest countries [by area] in the world. People like to compare retail prices with the U.S., but that is a different market. We’ve done fairly well. We have an oligopoly in retail, which I think is composed of well-managed companies. I know a lot of farmers love to hate [major grocers], but I do have a lot of respect for those companies because they do good work. It’s just at times they may follow questionable supply chain practices. 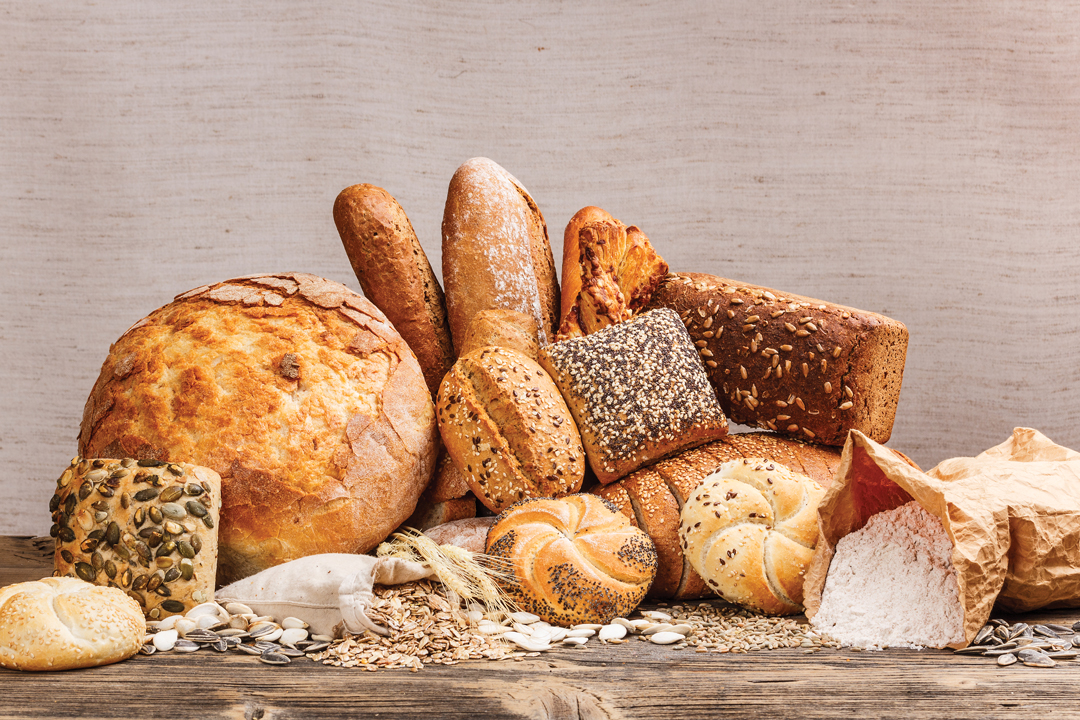