According to the Canada Grain Commission, Canada exported a total of 3.7 million tonnes, which included 1.5 million tonnes of malt and 2.2 million tonnes of feed, in 2020/21. This was the largest total since 1990 when the country shipped 4.7 million tonnes. With strong prices this past year, the dollar value of Canadian barley exports totalled more than $1.1 billion, an all-time record for sales value. In addition, Canadian processed malt exports totalled nearly $400 million. All told, the value of barley and barley-product exports was an impressive $1.5 billion.

This demonstrated Canada has the potential to be a global powerhouse in barley production and trade. While it has always been an important player in the global barley market, countries such as Australia and France typically export significantly more. In recent years, Russia, Ukraine and even Argentina increased exports to meet global demand, making the barley trade even more competitive. Russia and Ukraine compete in feed barley export almost exclusively, while Australia, the EU and Argentina trade in both feed and malting barley.

In terms of barley markets, China emerged as the world’s largest barley importer in the last crop year, taking more than 10 million tonnes, two thirds of it feed barley. This unseated Saudi Arabia as top buyer. With Canada’s freight advantage and Australia sidelined by a trade dispute with China, the latter provided Canada a market outlet for the year’s large crop. 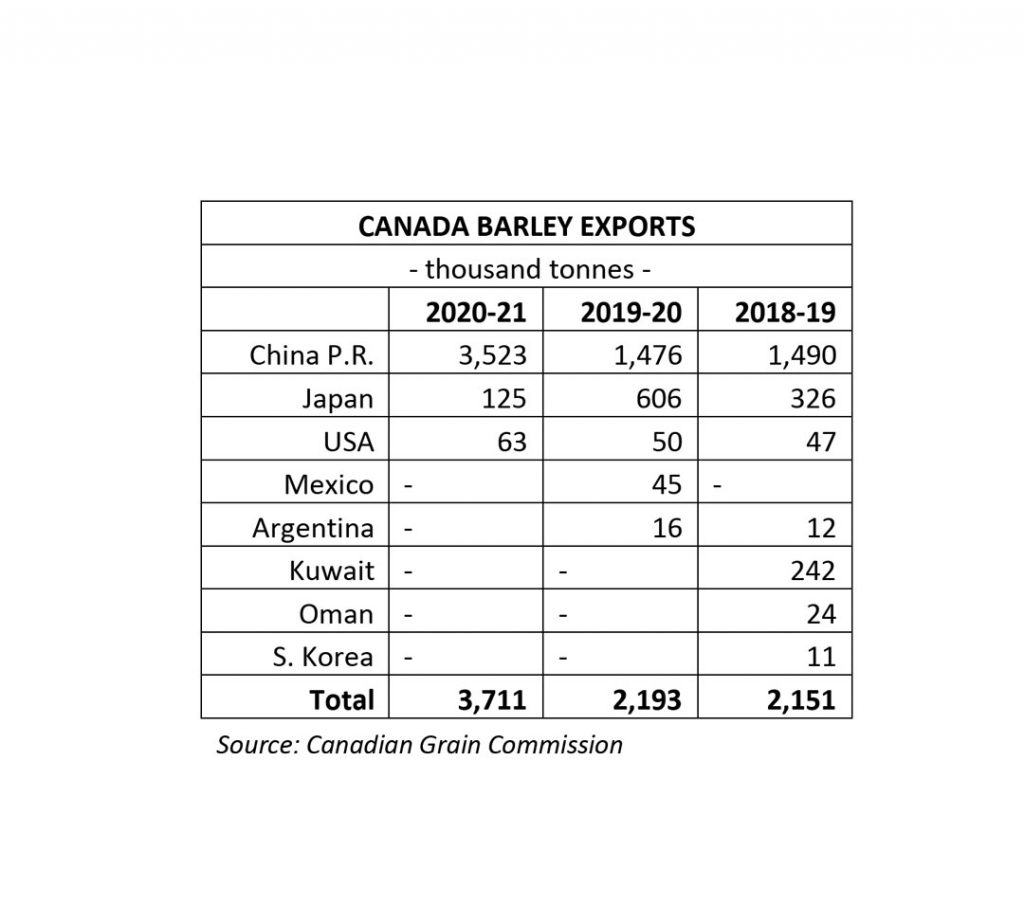 Generally speaking, Canada is competitive in Asia where it has a freight advantage over origins such as the EU and Black Sea. Some years, Canada is also competitive in Persian Gulf markets. In 2018/19 that was evidenced by the UAE, Oman and Dubai purchasing more than 250,000 tonnes of Canadian barley. Gulf markets purchase feed barley almost exclusively, while Asia imports feed and malting barley. Further important markets for Canadian barley and malt include the U.S. and Mexico, while Latin America, Asia and Africa offer expansion opportunities.

Global demand for barley is poised to remain strong. The Chinese livestock industry has integrated barley into its rations. As well, government policy supports the use of alternatives to corn and soybean meal in the feed sector. These factors will drive continued demand for feed barley if it remains competitive with other crops. As the global beer industry recovers from the pandemic, customers will be hungry for Canada’s high-quality malt and malting barley. While we continue to serve and expand our existing customer base, Canada must reinforce its value proposition as a supplier of premium quality barley, and to develop opportunities in new markets.

In 2020/21, strong export demand for Canadian barley drove prices up and saw carryout stocks fall to historic lows. The drought of the summer of 2021 has exacerbated this tight supply situation and buoyed prices to unprecedented levels. The hot, dry weather has impacted supply as well as quality. It will be a challenging year for users of Canadian malting barley. Customers will have to deal with higher than desirable protein levels, as well as lower than average plump kernels and test weights—all important quality criteria in the malting world. The small crop will also limit the Canadian barley export program. We will look with hope to 2022 for a better growing season and resume the upward trajectory of barley as a sector growth.

Recognized for its high-quality product, Canada has historically been an important supplier of feed, malting barley and malt to the global marketplace. Canada stands to increase barley production and export to become a powerhouse in global trade of this commodity crop.

Of course, farmers will choose to grow barley if prices are competitive. With the appeal of new, higher yielding varieties that possess improved disease resistance, barley has great potential to become a bigger part of crop portfolios and contribute further to farm profitability. Dedicated marketing efforts that ensure farmers have market outlets for their barley will also be critical to the achievement of this vision. 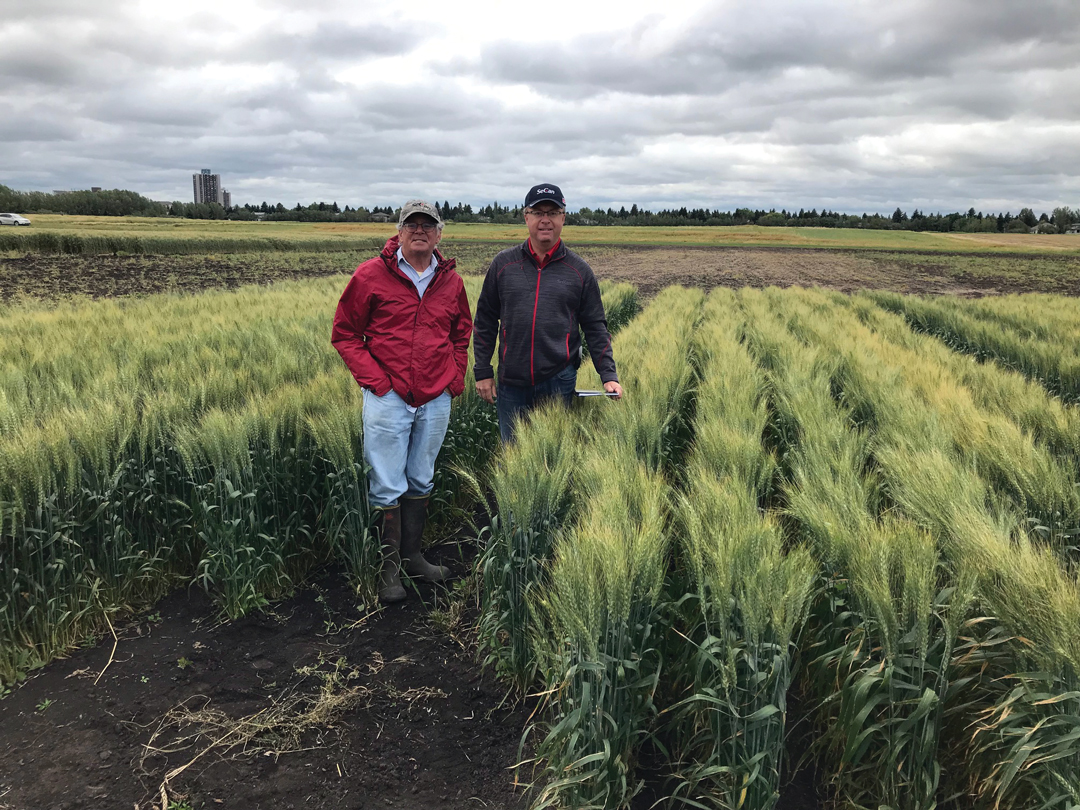