A zombie walks into a bar and the bartender says, “We have a drink named after you. Want one?” The zombie nods and says, “Sure. Give me a Lindsey.” Now, a Zombie is a cocktail and not a beer, but I still stand by my joke.

In my opinion, just about the only thing missing from this global pandemic is zombies. (Besides a vaccine, a viable economy, enough protective equipment…. OK, maybe there are a few things missing.) That’s what makes this year’s Brightside #BeTheBrewer Contest beer the perfect beer for the apocalypse. The Walking Red could either be an example of really good timing, or really bad. No matter what you think about what is going on in the world right now, though, you’d have to admit the name of this year’s beer suits the current climate pretty well. 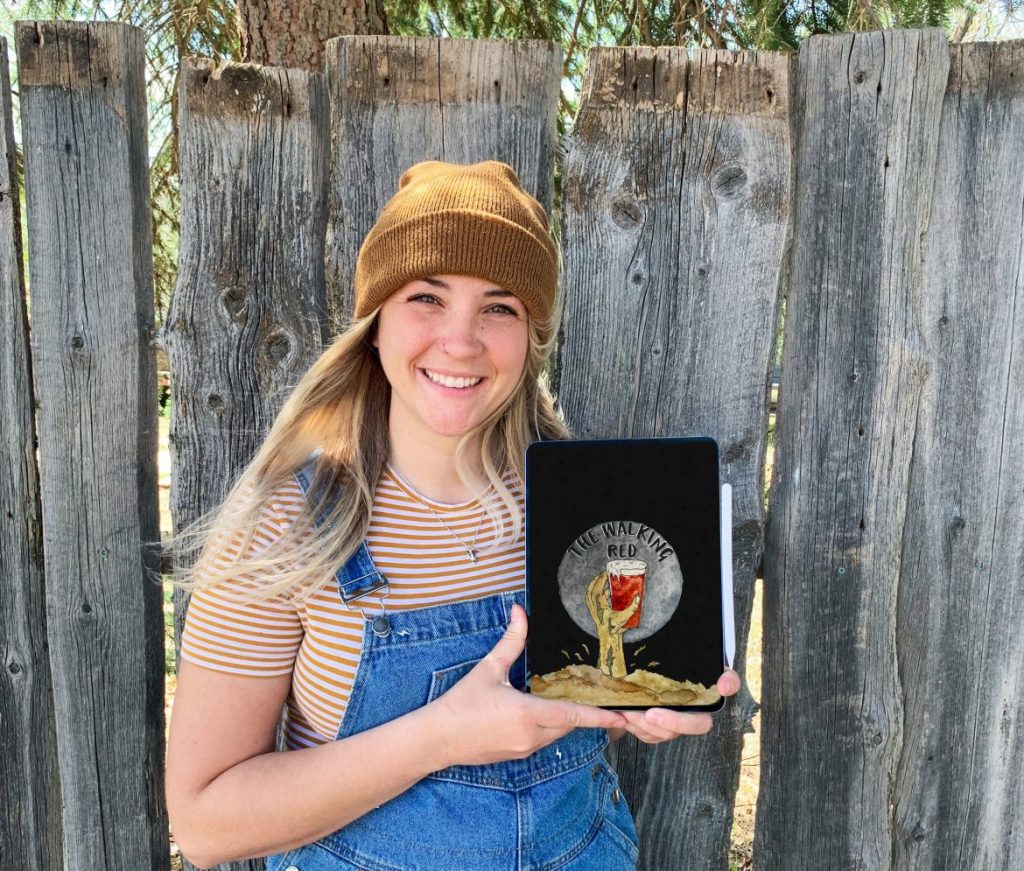 Funny enough, the contest happened back when, at least for those of us in Western Canada, there wasn’t anything pandemic-y going on here. A zombie themed beer was just a fun idea for a genre that has had a lot of followers the last few years with shows, The Walking Dead, Zombieland, World War Z, etc. After 1000s of entries and votes, we were weeks away from our annual brew day when the world abruptly applied the brakes.

Every year Alberta Beer Festivals teams up with Brightside, Alberta Barley and the Olds College Brewmaster and Brewery Operations Management program so people can get the chance to experience a day in the life of a brewer. We bring together contest winners, media and industry leaders for an amazing day. Except this year we couldn’t.

So instead we have put together a few videos so you can get just a taste of what went into the brewing of this year’s beer—minus the amazing and fun group of people who are usually there for the experience of course.

A huge thank you to our amazing partners Brightside, Sobeys Liquor, Alberta Barley and the Olds College Brew Master Program.

January 4, 2023
It is a valuable livestock feed, food ingredient, beer component and is even used to lower blood pressure, but if barley... More
Prev Post 7.8 BILLION PANDEMIC RESPONSES
Next Post PPE MIA