STAY IN YOUR TRUCK

STORY AND PHOTOS BY SARAH HOFFMANN

Like the spring run-off, customers have started to trickle through my yard. I wish the snow and the seed were moving faster, but there tends to be a pretty strong correlation between how early the fields bare off and how early my bins empty. We have instituted a “stay in your truck” policy on the farm in light of the pandemic. It’s loosely enforced at best, but for the most part, our customers are used to the drill, having run through it at other locations where they pick up inputs or deliver grain. 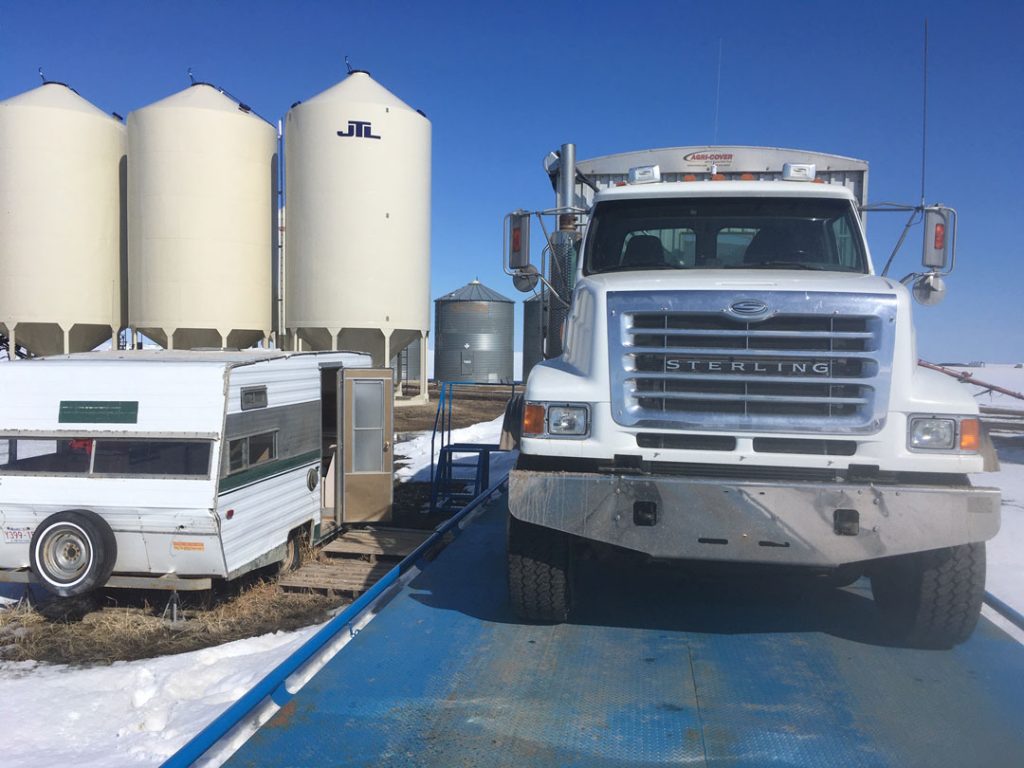 Keeping farmers in their trucks and out of our rustic holiday trailer-turned-scale shack is part of our COVID-19 preparedness plan.

I suppose right now I am grateful for our rather spartan seed farm set-up. We have a scale, a shack and a couple of weigh wagons. Not having a fancy office to invite my customers into means I don’t have a fancy office in which to spread COVID-19. For the most part, customers stay in their trucks except to tarp their loads or check when to move their trucks. I deliver the paperwork to them in their cabs and we share a few words at a safe distance.

Earlier this week, a woman called me wanting to book seed. Something about the conversation seemed off, and it was followed by more increasingly unusual interactions. I was convinced the person on the other end of the line was trying to steal seed or launder drug money. I did receive one e-transfer, but after several discussions with other seed growers and a seed company I belong to, I cancelled the transaction. It turned out they were likely trying to steal Canadian cereal varieties for export to Eastern European countries that don’t protect intellectual property. As bizarre as that was, it was nice to focus on something other than the virus. 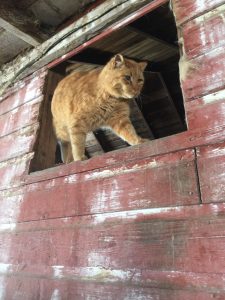 Barn cats were into social distancing before it became mandatory.

My timid barn cat continues to give me a wide berth when we meet in the yard. He eats the food I put in his dish, but only after I have backed away to a safe distance. He is constantly washing his paws. In these trying times, he’s an example to us all.

Farmers are in a business and a lifestyle exposed to forces of nature outside their control, but we haven’t faced a force quite like this in our lifetimes.

Sarah Hoffmann is a seed grower whose farm is located in the Three Hills area. She is a regular GrainsWest contributor.

January 4, 2023
Many farmers celebrate the end of a long growing season with a well-earned sunny getaway. For very different reasons, Ca... More
Prev Post YOU'VE GOT TO MOVE IT
Next Post COVID-19 AND GRAIN FLOW: THE PORT PERSPECTIVE