Following a generally cool, sometimes too wet, sometimes too dry growing season, an unhappy portion of Alberta’s 2019 grain crop was snowed under and overwintered in the field.

The challenging harvest will certainly impact the marketability and financial returns for spring-threshed crops. While this raises questions about what kind of financial hit farmers will take and has implications for the feed sector, the overriding concern is how insurance coverage will play out. 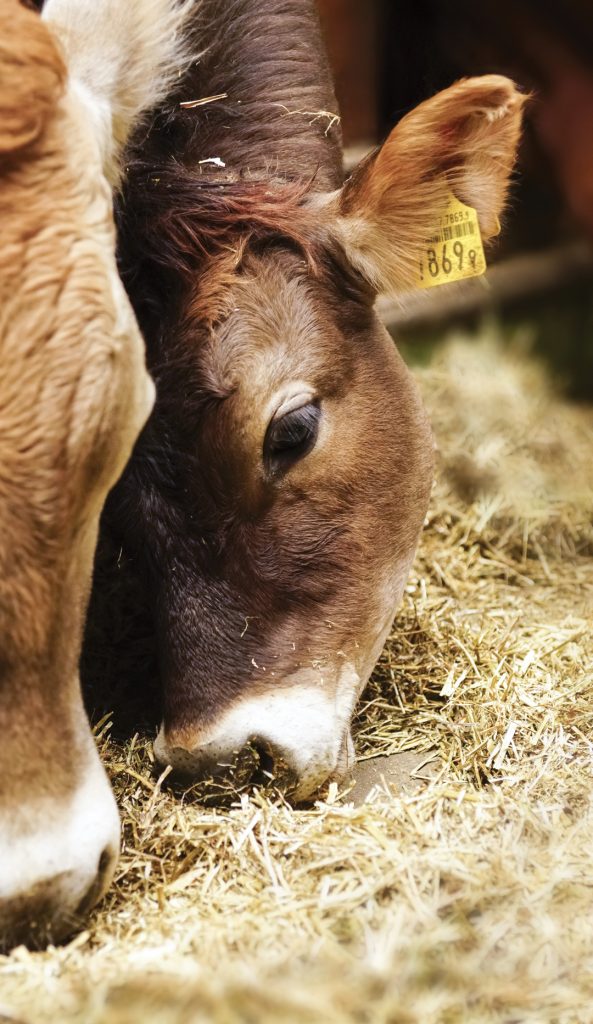 Grain quality issues caused by the so-called harvest from hell have implications for the feed market.

High-moisture grain raises several concerns for Kasko and other cattle feeders. Quick to spoil, it can also heat up and crust in the bin. “Even when we roll it, we have challenges,”
he said. “It makes it way more complicated.”

Cattle do not respond well to variability in their diet. High-moisture or low-quality grain raises health concerns. Rumen instability can lead to acidosis, for example. “The rumen likes a nice stable environment,” said Kasko.

While certain feedlots are equipped with grain dryers, Kasko’s is not, which means he rejects a lot of the wetter grain. When quality becomes an issue, he adds urea or DDGS to the diet as a replacement protein. Doing so increases his costs, though. If wheat and barley were unavailable, he said he’d consider buying corn from the United States.

MARKETING IMPACTS
Left standing or in the swath, overwintered grain will certainly deteriorate, said Daryl Beswitherick, Canadian Grain Commission program manager for national inspection standards. In spring, snowmelt and rain may further impact quality. “If we’re talking wheat, you’re likely going to see some increased sprouting activity,” said Beswitherick. As well, kernels will likely show some accumulation of mildew, and crop that’s left out over winter is a good source of food for wild animals such as deer and rodents.

“It’s difficult to say at this point how much worse it’s going to get because some of these crops received a lot of rain and snow already,” said Beswitherick when he spoke to GrainsWest in January. “It wasn’t like it was No. 1 wheat that is now being downgraded. It was probably No. 3 or feed wheat anyway.”

Addressing the animal damage aspect, Beswitherick said while the grading system that’s in place is not zero-tolerance for excreta, the threshold for contamination is very low. Excreta tolerance for wheat, for example, is .03 per cent. If it exceeds this number, it will receive a sample grade.

Beswitherick reminds farmers to be aware, quality-wise, of what they’re harvesting in the spring. “It’s really about knowing what you have and then making appropriate marketing decisions,” he said. For more on marketing spring-harvested grain, see Market Monitor (page 44).

“It’s more about what the crop insurance agencies can do for producers,” he said. “That’s where the help comes from right now.” 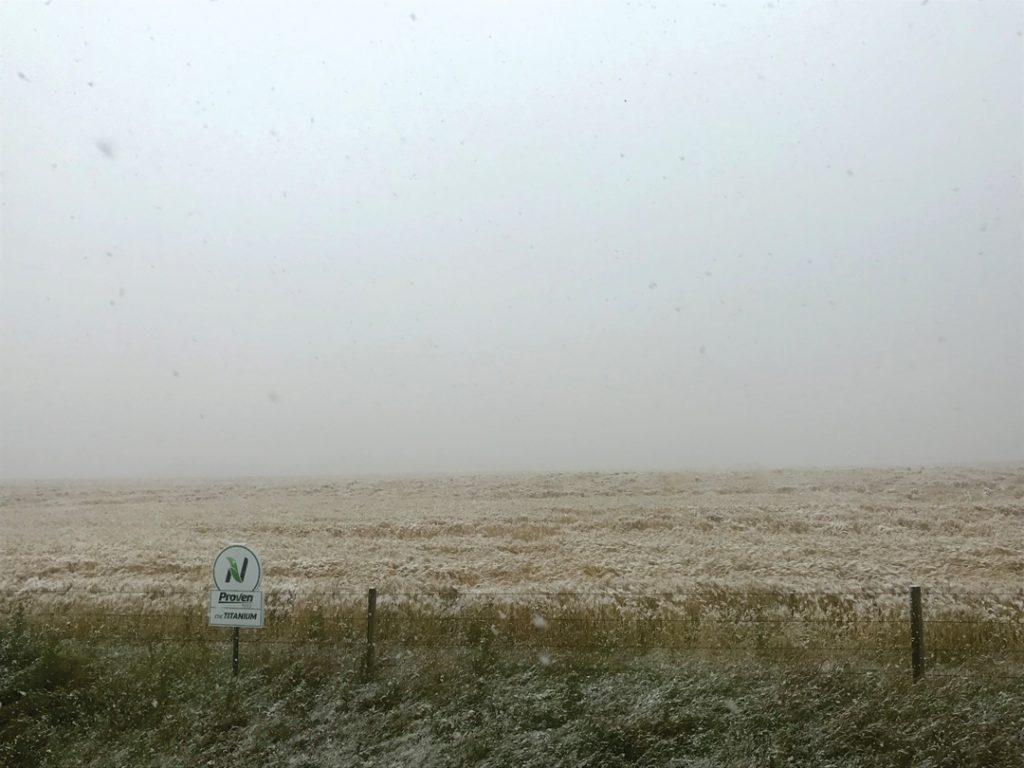 While many farmers whose grain overwintered in the field will take a financial hit, the overriding concern is how insurance coverage will play out.

COVERAGE QUESTIONS
Crop insurance will bring some relief for farmers hit hard by harvest 2019. Among the range of available options are the AgriStability and AgriInsurance programs.

The AFSC production insurance program includes a benefit for unharvested acres, said Jackie Sanden, the Crown corporation’s product co-ordinator. It provides an advance payment on potential production losses. “Clients’ harvested production by crop type must be below their coverage guarantee to be eligible,” she said.

In situations where a small number of abandoned or unharvested acres remain, AFSC may offer a preliminary payment or a post-harvest advance, which pays a portion of the estimated loss right away based on the client’s harvested production report. AFSC may also elect to finalize the post-harvest claim, she added.

When harvest is considered delayed in an area due to the onset of winter, AFSC will extend production insurance coverage to unharvested insured crops until they can be combined in the spring or managed by other means. When the unharvested acres of an insured crop are harvested in the spring, the client will need to submit a revised harvested production report to AFSC to initiate the post-harvest inspection process to finalize the claim. If some or all of the unharvested acres of an insured crop are not going to be combined, but will be managed in another manner—baled, burned, plowed down or grazed—farmers should contact AFSC to arrange for a yield assessment.

Crops can also be insured for wildlife damage, although it is designated as a general loss along with other liabilities, including drought, excess moisture or frost damage. For farmers who have less production than their coverage guarantee, indemnities are calculated and paid for losses resulting from the designated perils.

Available to all Alberta farmers whether insured or uninsured, AFSC administers the Wildlife Damage Compensation Program (WDCP). Under this program, the federal and provincial governments pay all costs, said Sanden. While there is no premium or administration fee, farmers are charged an appraisal fee of $25 per section of land where damage has occurred.

“This is a spot loss program for eligible unharvested crops, wildlife excreta contaminated crops and silage in pits or tubes,” said Sanden. “To receive compensation, at least 10 per cent wildlife damage and a minimum of $100 calculated loss per crop must be assessed.”

All commercially grown cereal, oilseed, special and other crops that can be insured under the annual production and hail insurance programs are eligible for compensation. Note that damaged areas must not be harvested until an AFSC on-farm inspector is able to assess the loss.

As for crop damage caused by animals, AFSC provides compensation for cleaning costs through the WDCP. Up to $0.62/bu in financial compensation is provided. A farmer needn’t have an annual crop insurance policy with AFSC to benefit from this program.

In cases where contamination is found before harvest, farmers should contact AFSC to request an on-site inspection to determine where contamination exists. It is important to note that in order to qualify for compensation, farmers must not have harvested, sold, disposed of or cleaned the crop prior to initiating the claim, said Sanden. If they have done so, their request for inspection will be rejected.

In 2016, AFSC recorded about 960,000 insured acres left unharvested. The following spring, the corporation assisted farmers’ harvest completion by means of the unharvested acreage benefit as well as the provision of preliminary payments and post-harvest advances. These are all paid in the fall, Sanden notes. The spring finalization is a post-harvest indemnity.

“Once a client is able to harvest in the spring, or decides to put the acres to another use, they notify AFSC to assess the actual overwinter losses through an on-farm inspection and calculate the final indemnity,” said Sanden.

The number of unharvested acres was not known as of press time, but it is projected to be even higher than in 2016. Clients insured with AFSC reported just over one million acres as unharvested. 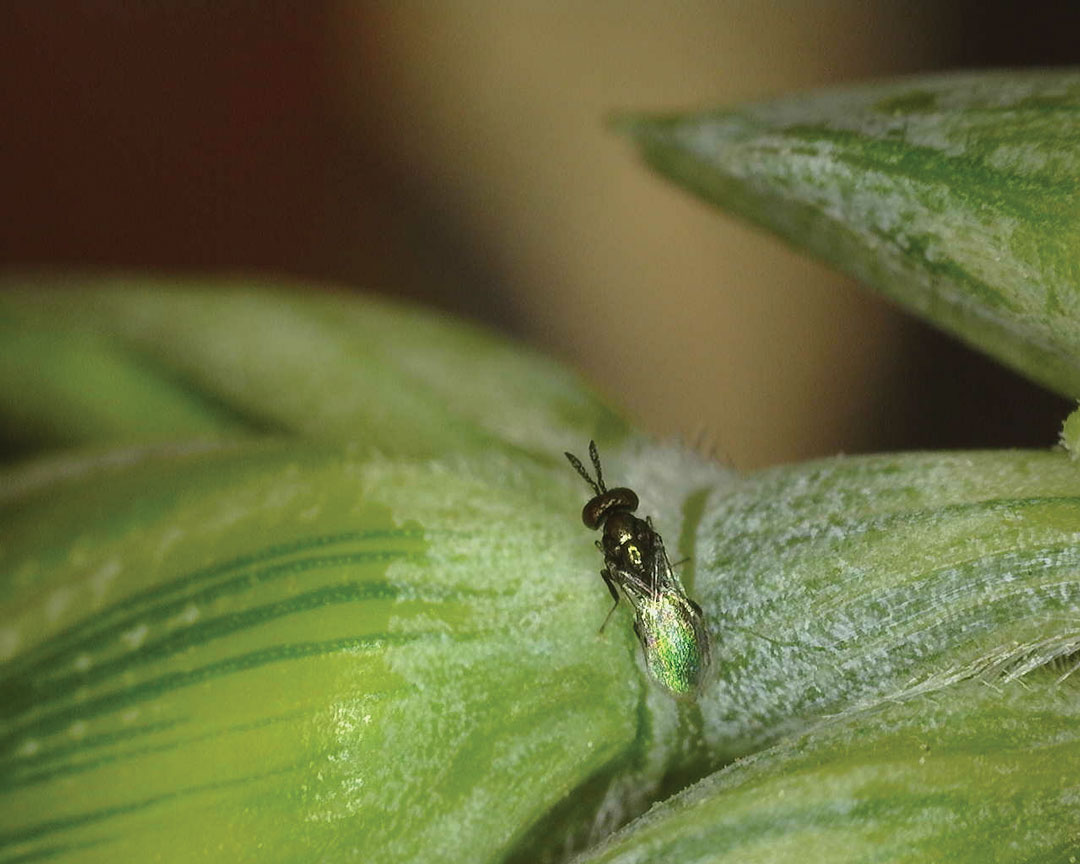