BY LEE HART • ABOVE PHOTO COURTESY OF SUSIE LI

Beautiful as the scene appears, there may be something sinister in the wind that ripples through your growing crop. Invisible to the naked eye, airborne disease spores ride otherwise pleasant breezes. By the time disease symptoms become obvious, the effectiveness of control products may be diminished.

Timely collection and detection of spores such as those that cause Fusarium head blight (FHB), stripe rust and tan spot can potentially counter this phantom menace. Over the coming two to three years, researchers at two Alberta-based agricultural facilities hope to produce a near-real time system that does just that.

Two projects funded in part by the Alberta Wheat Commission (AWC) and Alberta Barley are among a number studying the use of airborne disease spore collection devices—generally known as biosensors. Mounted in farm fields on a post or tripod, all the systems being developed collect airborne disease spores. Some contain built-in sensors that will identify and quantify various diseases directly, while others may require the further step of an in-field DNA test of spore samples.

At the Agriculture and Agri-Food Canada (AAFC) Lethbridge Research and Development Centre, one project involves developing a biosensor system that can identify the presence and severity of up to three crop diseases. A second AAFC project is developing a quick field DNA test meant to pair with a spore collection device. It will potentially give farmers an almost immediate read on the presence of disease spores. Meanwhile, at the InnoTech Alberta research centre at Vegreville, another team is working with a biosensor design that could also alert the farmer to the presence of cereal, oilseed and pulse crops diseases.

There is much lab work and field testing to be done prior to the commercialization of the three systems. There are now various spore-collecting devices on the market. Lethbridge AAFC scientists are primarily working with the Burkard Multi-Vial Cyclone Sampler, while InnoTech researchers have designed their own unit.

“If farmers can have an economical and effective tool for assessing pathogen presence—in real time or near-real time—that can be a huge benefit in determining whether crop protection measures are needed,” said Lauren Comin, Alberta Wheat and Barley director of research.

AAFC Lethbridge research scientist Claudia Sheedy is developing an in-field biosensor with a colour-coding system that can identify the presence of crop diseases. While field scouting, a farmer observing a colour change in the biosensor will know disease spores are present. This biosensor system will hold three vials containing separate antibodies, each producing a unique colour reaction to disease spores such as clubroot in canola, root rot in peas and stripe rust in cereals. This is easier said than done, the specialist in immunochemistry explained. In the lab, she is working to identify antibodies that bind to the spores of specific diseases. Once the antibody is produced, she will link it to micro-beads that can create a colour change on the walls of each vial.

“Ideally, what we hope to have is a system that collects airborne spores in the field and identifies each disease with a specific colour that will show a producer what severity is present,” she said. “Right now, as they scout fields, they are assessing crop canopy and environmental conditions conducive to disease development or perhaps looking for discolouration or lesions on the leaves. But usually by the time there are visual symptoms it is too late for a fungicide treatment to be effective.” Ultimately, she intends for the system to send an alert to the farmer’s computer or smartphone.

With a particular interest in white mould in pulse crops, AAFC Lethbridge plant pathologist Syama Chatterton is developing a biosensor system to detect and quantify the presence of the disease in dry beans. She also works with the Burkard spore collector. In the field, a vane positions the tripod-mounted unit toward prevailing wind. Its small fan draws air into a canister and deposits particles into vials. Once the spores are collected, the samples can be removed and analyzed with an in-field DNA test to identify the diseases present. Working with Genome Alberta, she intends to develop this same-day DNA test to identify and quantify crop disease spores. This work will be ongoing for at least a couple more growing seasons.

At the Innotech Alberta research centre in Vegreville, senior research scientist Susie Li is developing a multi-disease detection system. She has tested it in the Innotech greenhouse and field plots over the 2019/20 growing season and plans to do so again next year. She has been working on this technology since 2012 and hopes the system will be ready for commercialization by 2021. Her research was initially funded by the now-defunct Alberta Crop Industry Development Fund (ACDIF), but is now supported by AWC, Alberta Barley and Alberta Innovates.

Li evaluated a couple of commercially available spore collectors before working with technicians to design her own spore-collecting biosensor device. The battery-powered unit is about the size of a credit card reader. It exposes disease spores to various antibodies that have been applied to a biosensor microchip. As disease spores contact the chip, it identifies and quantifies them. As with Chatterton’s system, it may then relay an alert message via Bluetooth to a farmer’s smartphone.

Initially, Li focused on developing a system that can identify the agents that cause sclerotinia in canola and FHB in cereals. “In theory, the device has the capability to identify eight diseases,” said Li. Her research will also determine how many biosensors a farmer may require.

The AAFC and InnoTech Alberta projects will help put farmers one step ahead of these windblown worries.

Nisku-based 20/20 Seed Labs now offers a spore collection and disease monitoring system that can help farmers determine the risk of sclerotinia in canola and Fusarium in cereals. “It is a relatively low-tech yet effective system for helping farmers to assess the disease risk,” said Shauna Sereda, a 20/20 Seed Labs germination analyst.

The Spornado is a passive system designed to trap airborne spores on a membrane within its removable cassette. With its threaded brass fitting, it is intended to be mounted on half-inch piping just above the canopy and monitored weekly prior to and during critical disease infection periods—as canola is at the 10-20 per cent flowering stage and as cereals are beginning to emerge from the boot.

Farmers remove and replace the cassette and courier it to the lab for DNA testing that identifies the presence of the pathogens. Results are typically sent to farmers within 24 hours. 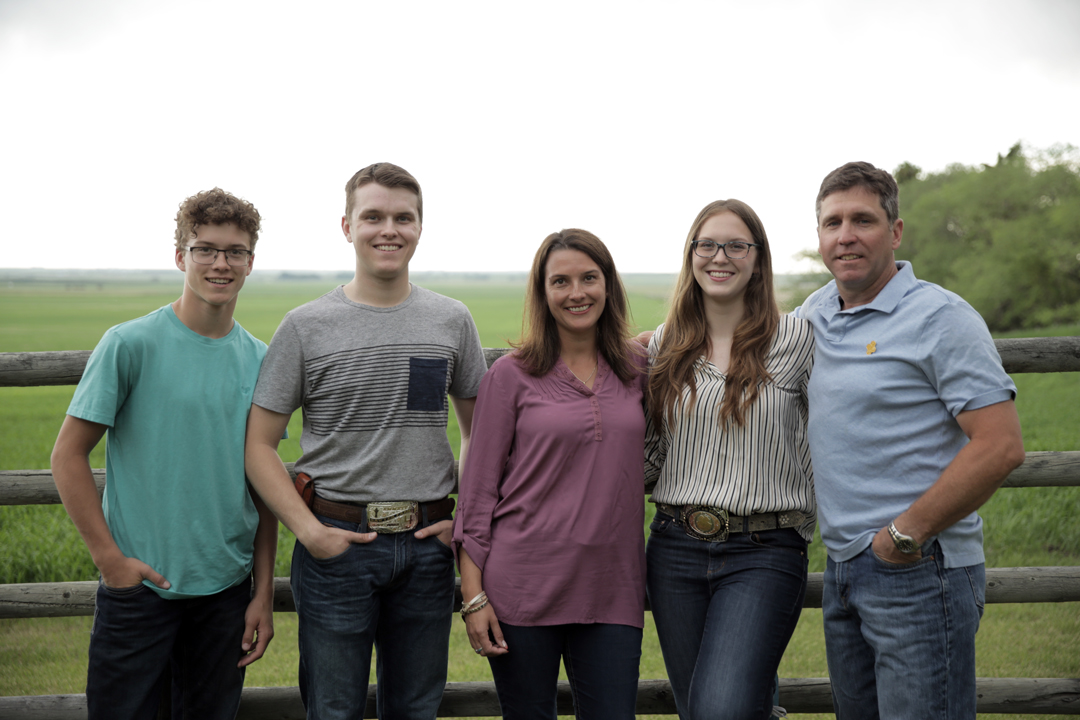 The GrainsWest Podcast: is the expanding non-alcoholic beverage business a market opportunity for malting barley?