SOIL TESTING CITED AS THE KEY TO OPTIMIZING YIELD

Though relatively few farmers do it regularly, agronomists emphasize there is great value in soil testing. And it may be particularly so following two growing seasons in which dry conditions diminished yields. Coupled with cropping and management history, determining how much nitrogen, phosphorous, potassium and sulphur remain in a given field as a result may well suggest reducing inputs for the 2019 growing season.

“If a producer has been applying 40 pounds of phosphate in each of the past couple of years, for example, and the crop has only removed about 20 pounds, they might be able to cut back to 15 to 20 pounds this coming year and with decent growing conditions achieve their target yields,” said Matt Gosling, founding partner of Premium Ag Solutions, an agronomics consultancy based at Strathmore. Adjusting input rates can increase production efficiency and profitability.

Gosling has long recommended annual soil testing under all growing conditions. “The soil is a living biological creature that is very changeable,” he said. Soil tests eliminate agronomic guesswork. He explained it comes down to knowing what you have. “I’ve always said a soil test is the cheapest input on the farm. Deciding whether to soil test should never be about the cost.”

Depending on the lab and degree of analysis, soil test costs can vary from $50 to $200. “Even if it cost $200 for a soil test, you’re on the land with equipment that costs anywhere from $300,000 to $500,000 per unit and overall inputs are costing maybe $200 per acre,” said Gosling. “That $200 for information on nutrients required to achieve your target yield is an investment rather than a cost.”

Despite the recognized value, industry surveys continue to show only about 30 per cent of farmers routinely test their fields. Some agronomists say perhaps 50 per cent test every three to five years. Old habits, concern about time and cost, misinformation and lack of confidence in soil test recommendations are among the reasons cited for this lack of uptake. While some concerns are valid, the experts say that if the soil samples are collected properly, analyzed by a reputable lab, with results evaluated by an experienced professional, they can be a valuable tool in optimizing yield.

“Soil testing isn’t without its pitfalls,” said Rigas Karamanos, a senior agronomist with Koch Fertilizer Canada. “But they are still the best measure of soil nutrient levels on the farm. The tests are working with a natural system that can have wide variability. Even with just a gram of soil you are looking at more than 12 million microorganisms. A soil test recommendation might say you need 10 pounds of a nutrient plus or minus, or you might need 50 pounds plus or minus, but at least it is an indication of where to start.”

Karamanos said he can understand why farmers might be leery about the value of soil tests. He describes the process as both a science and an art. The art is in applying the results to the management planning process. He noted that research has shown test results can show variability, and this has been his own experience. In one study he recalled, a soil sample from a single field was sent to two labs. One recommending a 125-pound nitrogen application, the other just 55. “The two rates were applied and there was no difference in yield,” he said. “So, going with the higher recommendation would be a waste of money.” He concluded that proper, representative field sampling is important, and farmers need to do their homework in selecting a soil test lab that produces recommendations that best relate to their region and farming conditions. 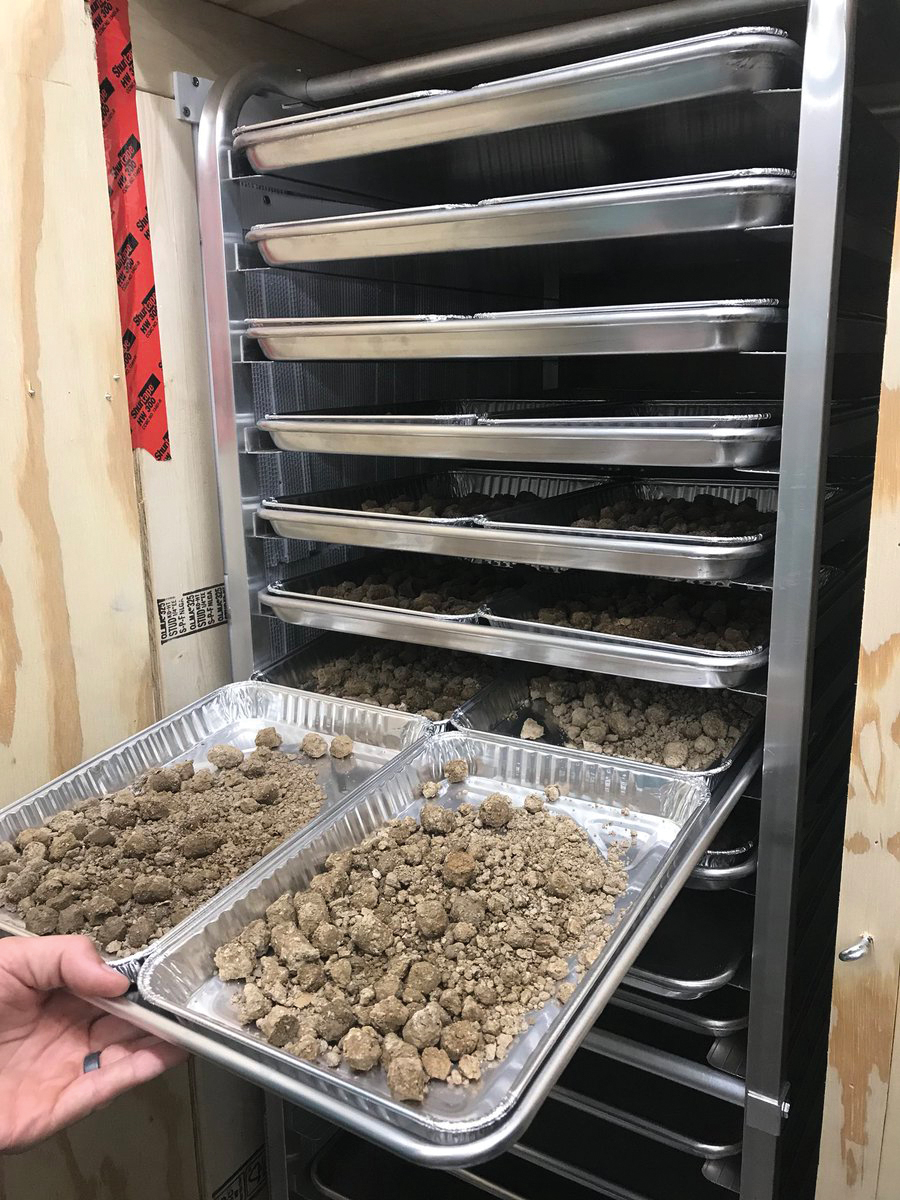 The variability of results among testing labs prompted agronomist Jack Payne to recommend farmers find a lab they trust and stick with it. “Soil analysis can vary from one to another, which doesn’t mean there is anything wrong with the lab procedures, it just means don’t bounce from one lab to another,” said Payne, operations coordinator for Farmers Edge consulting services in Olds. “With most soil analysis and recommendations, the actual rate is going to be plus or minus the recommendation based on your cropping history, your farming system and growing conditions. So, it is important to be consistent with the lab providing the analysis. Stick with one lab, have confidence in their analysis and adjust rates based on your farming situation.”

Payne recalled two instances that underscore the value of soil testing. He had been tasked with completing soil testing and fertilizer recommendations for a Peace River region farm that had experienced two successive dry growing seasons. It was a good-news, bad-news situation. Though yields had been down, soil testing indicated high nutrient carryover.

“This farmer would normally apply 90 to 100-plus pounds of nitrogen, but the soil test was showing he could get away with about half that,” said Payne. Based on his recommendation, the farmer applied about 40 pounds of nitrogen, and the season progressed with nearly ideal growing conditions. “I was concerned the recommendation had been too low,” admits Payne. But the farmer reported that by the third week of July neighbours were asking how he managed such an excellent crop. The neighbours had applied a flat rate of 100 pounds of nitrogen. With good growing conditions and the nutrient carryover in the soil, their crops had lodged.

Another client had experienced successive years of higher yields and a soil test analysis showed low soil nutrient levels. “We developed a nutrient recommendation that bumped up fertility and his barley achieved malt quality,” said Payne. “These aha moments demonstrate the value of doing a soil test, knowing what nutrients are available and developing a recommendation that produces target yields and quality.”

Steve Larocque of Beyond Agronomy consulting services in Three Hills also encourages farmers to annually test their soil. “It is something we always do on our farm,” he said. “But the next best scenario is to do it at least every three years.” He notes some nutrient levels fluctuate more than others. “Nutrients such as nitrogen and sulphur can be quite variable from year to year, whereas phosphorus, potassium, organic matter and many micronutrients don’t change that fast.”

If farmers are unable to test soil in a given year, Larocque suggests they make use of online nutrient uptake and removal calculators tailored for western Canadian growing conditions. These include Alberta Agriculture and Forestry’s Alberta Farm Fertilizer Information and Recommendation Manager. Farmers can input crop variety, soil type, moisture and historical yield data to determine the nutrient uptake of newly harvested crops. This can be used to guide fertilization rates for the following season.

Like his agronomist colleagues, Larocque recommends regular soil testing with a reputable lab. “If you just do it once every so many years, it’s possible to get outlier results that don’t tell you anything. But if you consistently soil test your fields using the same benchmarks, you’ll find you get more consistent results, which gives you confidence in the numbers over time. From there you’ll have a better idea of where your nutrient levels are at and what you need to apply.”

January 4, 2023
The job of an agricultural analyst is to have an opinion on every topic and an answer for every question. And most of us... More
Prev Post PUTTING STUDENTS IN CHARGE
Next Post KEEPING ALBERTA MOVING