Extremely dry conditions across the southern Prairies in the 2017 season resulted in surprisingly good yields for most wheat farmers. Prairie crop commissions credit the successful harvest to both ongoing research efforts that have produced drought-resistant plant varieties and farmers who have made the best use of soil health and conservation practices.

“If we had experienced those drought conditions in the 1980s or ’90s, most farmers I know say they would have had
a crop failure,” said Tom Steve, Alberta
Wheat Commission (AWC) general manager. “But they were able to produce a good crop last fall because of the practices that have been developed over the last 20 to 25 years. It shows the importance of research and continuously moving the bar to address whatever Mother Nature, or even the markets, throw at us.”

Agriculture and Agri-Food Canada (AAFC) will provide the majority of $3 billion in overall funding to strengthen the entire sector. Led by Cereals Canada, AAFC worked to develop clear national wheat research priorities linked to market demand. In September of last year, they together released the 2017 Canadian Wheat Research Priorities report.

“The report has been an ongoing effort to bring the entire value chain together,” said Cereals Canada president Cam Dahl. “This includes farmers, crop development corporations and seed companies, public institutions including AAFC, the provincial governments, universities, exporters and processors. It’s really a link between research and what our customers are demanding.”

Dahl added that the process involves each sector from coast to coast. “Having that national and full-value-chain perspective on where to focus to ensure profitable crops for everyone is what we need to do to respond to market needs and demands,” he said.

As research dollars are crucially integral to the advancement of Canadian ag, priority setting is essential to maximizing value by aligning strategies and eliminating duplication of projects. As GF2 wraps up at the end of March, AWC will have invested approximately $1.25 million into the current Wheat Cluster led by the Western Grains Research Foundation (WGRF). The total cost of the research program over the last five years was $25 million, with 50 per cent of the funding received from WGRF, the Canadian Field Crop Research Alliance and AWC, and the other 50 per cent matched by AAFC.

One key difference in the new Wheat Cluster will be representation from the Saskatchewan Wheat Development Commission (Sask Wheat) and the Manitoba Wheat and Barley Growers Association (MWBGA). When the GF2 Wheat Cluster was initiated, Sask Wheat and MWBGA were not yet formed. The CAP Wheat Cluster will unite the Prairie wheat commissions that founded the Canadian Wheat Research Coalition (CWRC), and administration will now transition from WGRF to CWRC.

“At the committee level, each of the various groups that have expressed interest in the next Wheat Cluster have been working for over a year in order to prepare for it, building on the success of what’s been done in the past,” said Steve.

The Wheat Cluster will take input from the commissions and organizations across the country to decide where to focus research efforts. “It allows a concerted effort to consider issues such as improving yields, which is always a priority, but also focusing on disease and pest-related issues,” he said.

Priorities are both national and regional in nature. For example, Fusarium head blight (FHB) is a concern across Western Canada and focus will remain on producing wheat-midge-tolerant varieties. For the northern Prairies, research efforts will aim to develop earlier-maturing varieties to avoid frost damage, whereas in the southern Prairies, more focus on drought tolerance is needed.

“Because we have collective reviews by organizations across the country, it allows us to compare notes with other provinces as opposed to funding projects in isolation. We need to take a Canadian approach,” said Steve.

He added that sustainability and environmental concerns are always guiding priorities, and that instituting the separate Integrated Crop Agronomy Cluster, led by WGRF, will allow for significantly more work to be done on agronomy, including environmental issues.

“The Alberta crop commissions have worked actively on sustainability over the years, looking at best management practices—how we can make better use of our water resources and improve soil health,” said Steve. “We are doing whatever we can to ensure we make the most efficient use of crop protection products. That also folds into the public trust side of things where consumers are increasingly scrutinizing the way crops are produced.”

Sask Wheat general manager Harvey Brooks said his organization is excited to become a proponent of the next Wheat Cluster and that joint coalition representation for all wheat farmers from across the Prairies is key. “It represents the maturation and financial capacity of the various member commissions to take on this larger goal of strategic investment in national wheat research priorities,” he said. He added that the Wheat Cluster has been evaluating research proposals from across Canada, covering everything from varietal development to agronomics to any aspect that might affect the net profitability of wheat production.

The barley industry also has much to gain from the upcoming CAP program. Barley Council of Canada chair Brian Otto said priorities and direction for the Barley Cluster were developing as members approved projects and sourced funds. Comprising contributions from Alberta Barley, the Saskatchewan Barley Development Commission (SaskBarley), MWBGA, the Brewing and Malting Barley Research Institute and WGRF, funding is estimated to be between $10 to $12 million.

Priorities for the Barley Cluster are strongly based on environmental sustainability. “That’s the target and focus in the way we develop our research priorities,” said Otto.

As with the Wheat Cluster, disease resistance is also a priority focus for the Barley Cluster, particularly around FHB, which has become a prominent challenge for farmers across Western Canada. Variety development efforts centring on standability and abiotic stress resistance are also prioritized.

The development of higher-yielding varieties will always be considered as well, but Otto said there must be a correlation between research goals and industry needs. “The best part of these national programs is that they bring everyone together, and there’s collaboration and input going both ways between all the industry players,” said Otto. “Everyone is pushing in the right direction. This avoids people working at cross purposes. Collaboration and communication are key to ensuring that money is not wasted. Research dollars are crucially important.”

January 28, 2021
Launched by the Wheat Initiative, an international research organization, the 10+ Wheat Genome Project has unlocked the ... More

January 4, 2021
Throughout the winter months, grain industry groups, stakeholders and farmers across Canada will have the opportunity to... More
Prev Post VOX POPULI
Next Post HOW SWEET IT IS

WE GOT A GUY 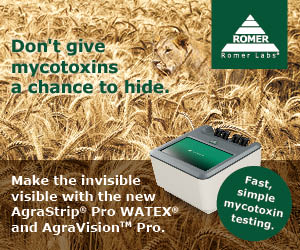 As part of the implementation of Results Driven Agriculture Research, the Alberta Agriculture and Forestry Field Crop Development Centre (FCDC) in Lacombe will come under the management of @OldsCollege. #westcdnag https://grainswest.com/2021/01/rdars-next-move/

Calling all producers to participate in a survey to identify key factors that are limiting CWRS yield potential! Read more about the CWRS Yield Gap Survey in the latest edition of #TheGrowingPoint! http://ow.ly/WNAC50DEUJz