A MOUSE AMONG ELEPHANTS

THE LOONIE AND PRAIRIE GRAIN PRICES ARE INFLUENCED BY OUTSIDE FORCES

It’s often said that weather and government policy are the two biggest influences on grain prices. Weather obviously drives the supply side of the equation. And, as with most industries, government policy permeates all aspects of agriculture. Often, this shows up in subtle ways, like when crop insurance levels, transportation policy or biofuel mandates affect decision-making and prices. More dramatic market impacts are felt when, for example, a foreign government suddenly closes its door on Canadian grain.

In some ways, currencies reflect a country’s government policy. Currency values show the collective market opinion around economic health, fiscal sustainability, inflation and interest rate outlooks as well as the balance of trade. The currency value is especially relevant for a country like Canada that is heavily dependent on commodity exports.

Foreign exchange rates are critical in determining the value farmers get for their grain. The market will only give you what someone else is willing to pay for that grain, less the cost of getting it there. End-use destinations see the price in their own local currency terms. They are largely indifferent to the strength of the Canadian dollar, and the ensuring effects on a Prairie farmer’s return. This is particularly the case in markets that are especially price sensitive and/or for crops that must compete against other exporting countries. As a result, red lentil sales to India or malt barley shipments to China may be relatively more impacted by the value of the loonie than, for example, canola volumes to Japan. It’s also important to remember that most international transactions are done in U.S. dollars, so exports from Canada to a country other than the United States require a currency conversion on both ends.

The attention placed on the role of the loonie in local prices becomes more pronounced when foreign exchange rates are more volatile. Summer and fall 2017 was a prime example, when the Canadian dollar rallied sharply against the U.S. dollar and then pulled back. The fact that the loonie reached its height while grain prices were coming under pressure due to their own bearish influences only shrank the bids further.

The challenge with currency markets is that they are as unpredictable as any other market. Analysts continually miss key turning points, while some of the lofty projections for extreme lows or peaks never materialize. It’s easy to dismiss these forecasts in hindsight, but they reflect the difficulty in predicting these markets.

The uncertainty in currency markets is only going to increase. Global central bankers are working through the biggest monetary policy experiment in history with their ultra-low interest rates and bloated balance sheets. Rates are being nudged higher, but no one can predict how things will unfold. The world also faces geopolitical uncertainty and political unpredictability. The range of potential outcomes in the current environment is often described as having “fatter tails,” reflecting the fact that we are in a time when unusual scenarios seem more plausible than they often have in the past.

To an extent, the Canadian dollar may also be a mouse among elephants in the context of global currency and financial markets. If we’re to see major shifts in the U.S. dollar or the euro, or a sudden swing in interest rates and bond markets, it’s possible the loonie may be tossed around on the financial waves.

How should a Prairie grain farmer navigate this foreign exchange uncertainty? The same way one evaluates every other market that affects one’s business. Be aware of what is happening in currency markets, but don’t base a marketing plan on the ability to confidently forecast the future. Understand how a shifting loonie may impact the farm-gate price for the crops that you grow, and manage your risk accordingly. Consider a hedging strategy or other ways to lock in the value of the Canadian dollar if a big swing may have a negative impact on your margins.

But remember that the currency will likely have a relatively smaller impact on the price of your crop than the rest of the supply and demand fundamentals. And above all, don’t let the market noise derail a well-crafted marketing plan. 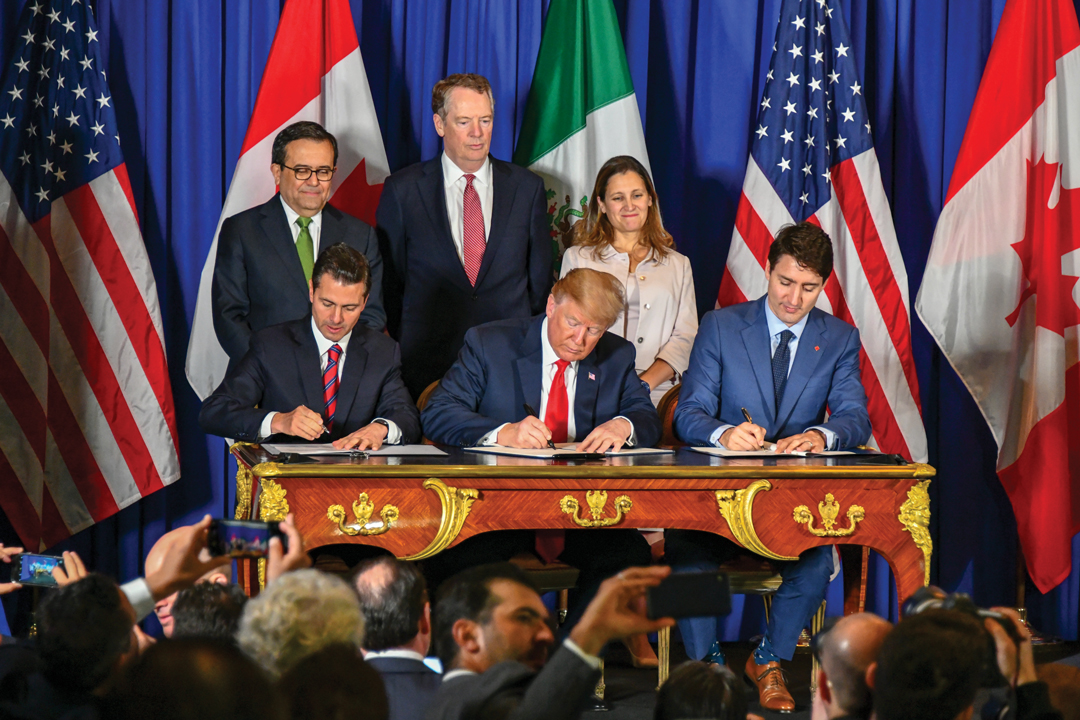