A MIDTERM LOOK AT THE FEDERAL LIBERALS’ PERFORMANCE IN AGRICULTURE

Canada’s Liberal government is halfway through its first term, and despite early concerns that the caucus may be light on agricultural expertise, its members are receiving positive reviews from leaders in the grain sector for making significant investments in infrastructure and doubling down on supply management.

“We’ve been pleasantly surprised when you look at the composition of the Liberal government, and the minimal members they have from the West, how they have treated agriculture,” said Grain Growers of Canada president Jeff Nielsen. “Minister MacAulay has really taken steps to be proactive with the grains sector.”

“The federal Budget 2017 gives record recognition to the sector, with investments in agricultural innovation, and an ambitious target of $75 billion in annual agri-food exports by 2025,” said federal Minister of Agriculture Lawrence MacAulay. “Successful trade depends on a strong transportation system, and that’s why, in Budget 2017, we are investing over $10 billion in trade and transportation corridors to help get agri-food products to market.”

“As long as the proposed rail legislation passes and the intent of the new act is followed, this will be a positive development,” responded Alberta Barley chair Jason Lenz. “But major negatives are the potential elimination of deferred cash tickets and the proposed changes to the tax system. (For more on this, see page 20.) The tax change will have a significant impact on producers, especially on intergenerational land transfers. This is a critical item on farmers’ minds, and the consultation period is quite short.

“On the grain transportation file, I think the agricultural community is wholly supportive of what they’ve seen thus far,” said Kevin Hursh, executive director of the Inland Terminal Association of Canada and Saskatchewan grain farmer. “The agricultural community—shippers and producers—were amazingly united, and worked behind closed doors to come together and put forward a reasoned position to government, and the government seems to have adopted almost all of these ideas.”

By defining adequate and suitable service, the new act provides clarity and certainty for shippers, who previously had to argue the definition every time they filed a level of service complaint. The act also provides a mechanism by which shippers can charge penalties to railways for service failures, in the same way that railways have long been able to charge penalties to shippers for contract failures. These are significant shifts in the power dynamic previously dominated by the railways.

Lenz describes reciprocal penalties as the act’s most important aspect. “Commercial accountability throughout the system is important for it to perform in a more market responsive way. This should be a major roadblock that is removed if the grain handling system performs as a normal, competitive environment.”

The new act went to committee in September and may move into enforcement by spring of 2018.

While the industry is looking forward to the new regulations coming into effect, there is concern that it will be vulnerable between the expiry of one act and the implementation of the next, especially given that once the act is passed, regulations will need to be finalized and negotiations between the railroads and shippers must start.

To support the implementation of the Transportation Modernization Act, the minister announced the continuation of the Grain Monitoring Program (GMP) and a new mandate for the Crop Logistics Working Group (CLWG).

A forum of industry representatives from across the supply chain, it works to improve the efficiency of grain movement from farm to customer, in Canada and around the globe. This is the fourth time since the group was established in 2011 that it has received a mandate to address specific issues in the sector. 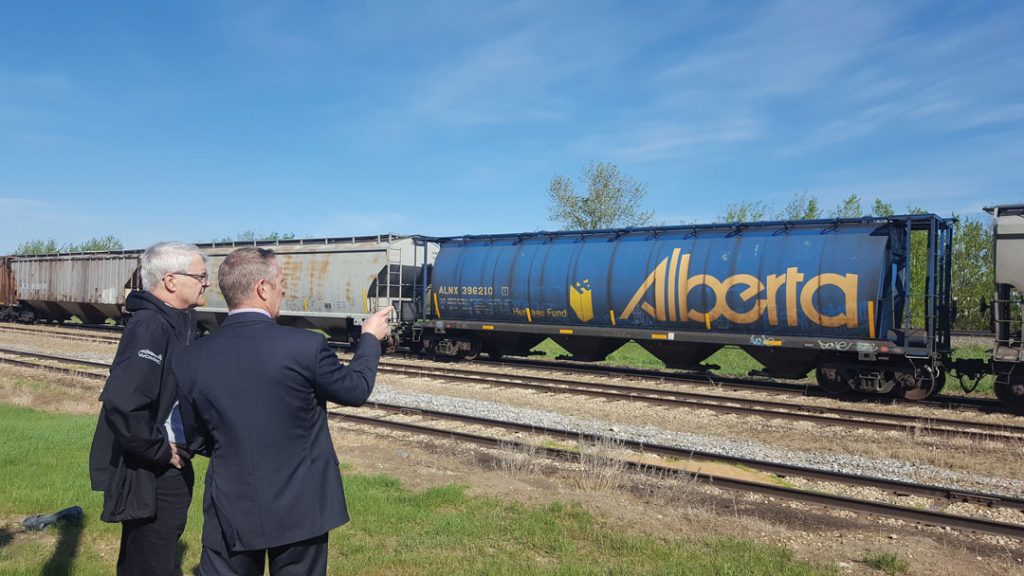 “Ongoing dialogue and engagement with the industry is important,” said Tom Rosser, assistant deputy minister of strategic policy for Agriculture and Agri-Food Canada, who co-chairs the working group. “As we move toward implementation of the new legislation—identifying any issues, uncertainties or problems—having that feedback mechanism is really important.”

“One of the goals of C-49 is to make the system more transparent. We anticipate there will be two sources of data available, and by bringing some of the players around the CLWG together to pool existing data sources with new ones, it might help bring new perspectives to the broader functioning of the system,” added Rosser.

The first meeting of the new CLWG mandate was held in Winnipeg on June 20, 2017. At this meeting, the membership established subcommittees to look at the implementation of Bill C-49, data and performance measurement, industry growth and infrastructure needs, and system resiliency and contingency planning.

Hursh represents the ITAC on the CLWG and said that having a group like this in place strengthens the ability of the industry to provide input and respond to issues. “The government is more likely to pay attention to a structured group like this than to a loose industry coalition,” he said. “It’s important to have government representatives as part of the process to hear discussions first-hand. Having a more formal organization gives us greater investigative powers and adds greater weight to our recommendations.”

Having the data to properly evaluate performance under the new regulations will be critical to evaluation and to the work of the CLWG. “It is important that system performance continues to be monitored and measured by independent third parties,” said Lenz. “We hope this data will be used to identify potential concerns earlier and prevent problems from becoming extreme. Penalties on railroads and grain companies don’t make up for losses to Canadian farmers, and to the whole industry, that result from our customers’ loss of confidence in our ability to deliver.”

“The industry told us loud and clear that information is crucial to ensuring top performance. We need a clear and timely picture of how well the system is performing at any given time. That is why we recently announced the Grain Monitoring Program (GMP) will be renewed until 2020,” said Minister MacAulay. “This will ensure independent and timely monitoring and reporting on the performance of the western grain handling and transportation system continues. The grain sector views the GMP as an important tool for planning and accountability in the supply chain.”

The program was established in 2001 to provide stakeholders with assessments of western Canadian grain handling and transportation in an independent, neutral and timely manner. Quorum Corporation has delivered the GMP since its inception, and will continue for the next three years. President Mark Hemmes said the next year will see the information become more accessible to producers and other stakeholders interested in the reports the GMP produces.

“In 2014, we fixed in on a weekly reporting package and shifted to monthly reporting as well. We’ve added movements to the U.S. and Eastern Canada. What we’re really doing right now is trying to fine-tune a lot of that,” said Hemmes. “There are also going to be some changes in improving the accessibility of the data through the internet, but that’s going to take some time.”

In addition to the GMP, Bill C-49 will expand the reporting requirements for major railway companies related to rates, service and performance.

“If you look at the Surface Rights Transportation Board in the U.S., every week, Class 1 railroads have to provide detailed reports of their performance—how many cars were in the system, how many cars are hitting their targets and meeting the needs of whoever requested the cars. Then there’s action items to follow up on if they aren’t hitting their targets,” explained Nielsen. “Bill C-49 is mimicking the Surface Rights Transportation Board in the U.S, and CN and CP are already providing that information to them.”

While there is optimism about Bill C-49, many in the industry admit that the real test will begin when the legislation is passed and the details roll out. Some would like to have seen more in the new act, but there’s a sense that there is movement toward better solutions.

“A lot of groups said we have to get grain transportation modernization in place first before we do a costing review. I would suspect once this bill gets passed and things settle down, this might be the next step,” said Hursh. “By and large, the agriculture community is satisfied that the maximum revenue entitlement is being maintained.”

While progress on grain handling and shipping is significant for the grain sector in Western Canada, it is only one of many issues in play for producers.

“Transportation is the area where we’ve seen the most movement, and the government has adopted a lot of the things the grain sector talked about,” said Ward Toma, general manager of the Alberta Canola Producers Commission, emphasizing that it’s the job of industry organizations to work with government on solutions, not in opposition. “Like all things that we try to achieve with government policy, it’s a mixed bag.”

One issue that has industry members scratching their heads has been the government’s review of deferred grain sales, a tool that allows farmers to defer income and manage their tax burden.

“This came out of the blue. We’re still trying to advance growers’ needs there, and trying to understand what government was trying to achieve in changing these rules,” said Toma. “We’ve heard loud and clear from our farmer members that this is an important piece of legislation. It could be disruptive to the steady flow of product and could strain the entire system.”

The surplus fees collected by the Canadian Grain Commission (CGC) has raised concerns from industry, and while the announcement that the fees were reduced starting Aug. 1, 2017, has been welcome, the issue may have opened the door to more scrutiny of that system.

“The CGC fees are hidden in the basis right now. We’re relying on trust with our grain companies that we see a reduced basis level,” said Nielsen. “We’re seeing changing dynamics, too. We’re seeing a lot of third parties asked to verify grain shipments, but with current law we still need a Certificate Final from CGC, too. We’re getting dinged twice, and that gets reflected back to the producers in the basis. I think there’s a lot of work on the Grain Commission file.”

Also ongoing, as  Canada and the United States revisit the North American Free Trade Agreement (NAFTA), the Liberal government has committed to support of the supply management system, but few in the grain sector have expressed significant concern.

“The cropping sector counts the U.S. and Mexico as significant export markets that are critical to our long-term success,” said Lenz. “The agreement as it stands is generally quite positive, and we hope that our sector is not negatively impacted by tradeoffs to benefit other sections of agriculture or other sections of the economy.”

Between trade negotiations, implementation and transportation issues, agricultural organizations are busy making sure that the needs of the sector are understood in multiple ministries beyond agriculture. So far, they have found a willing and receptive audience.

THE SHAPE OF THINGS TO COME 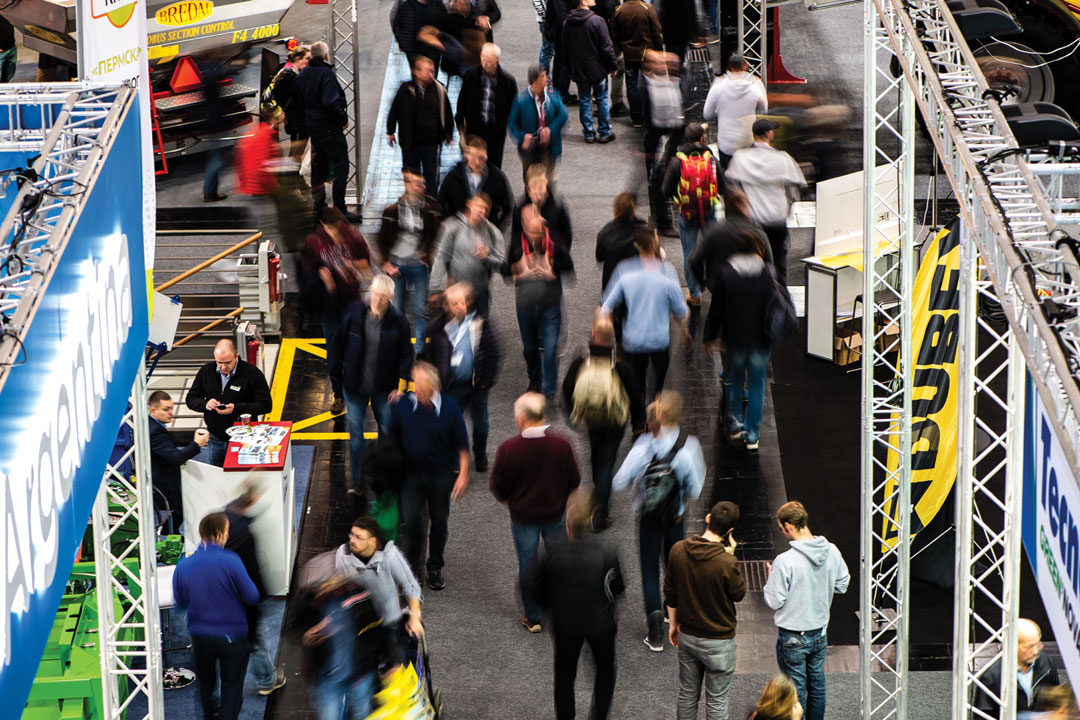