When it comes to the Internet, it seems it can never be fast enough. Rural Internet service has improved significantly since the days of dial-up, but it still has a long way to go before it matches the connectivity and speed enjoyed by people in urban centres. A recent decision by the Canadian Radio-television and Telecommunications Commission (CRTC) declaring broadband Internet a basic service, as well as funding commitments from the federal government, will help farmers and rural communities reliably take part in the digital age.

“Most farms today are connected, but the quality is just not there,” said Sylvain Charlebois, a professor in food distribution and policy at Dalhousie University. “They have the data readily available to share with other growers and customers, and as much as possible they connect to online training and marketing tools, but they don’t have the bandwidth for a reliable, fast connection.”

Currently, 82 per cent of Canadians have access to broadband Internet service, with most gaps in rural and remote areas. The CRTC’s goal is 90 per cent connectivity in five years, with 100 per cent connectivity in 15 years. In its 2016 budget, the federal government committed $500 million through the Connect to Innovate program, and as part of the CRTC’s decision a new $750-million fund is being developed.

“Agriculture can seem almost mythical to some urban Canadians,” said Charlebois. “It’s very important that consumers get their information about their food right from the source, and it’s also important for farmers to know what consumers’ expectations are. By giving everyone access to the same information, rural and urban Canadians can focus on common goals.”

This lack of connectivity can hurt economic growth in rural and remote areas of the province, and make it difficult for farmers to entice people to live in nearby rural communities. Lynn Jacobson, president of the Alberta Federation of Agriculture, said that reliable broadband connectivity could help to revitalize rural communities.

“Broadband connectivity will not just help farmers themselves,” he said. “It will help farmers find outside workers to settle in our communities, as reliable Internet service is important to help attract people to smaller towns.”

Improved broadband will also ensure farmers take advantage of the growing advancements in precision agriculture. While most auto-steering is hooked up to a GPS via satellite, the data collection points require fast Internet connections. “High-speed Internet is something people take for granted until they get to rural communities,” said Jacobson. “In addition, more growers are doing their marketing online and they can’t do that unless they have reliable connections.”

Alberta has been a leader in bringing connectivity to its rural areas, with the Van Horne Institute hosting seven digital futures conferences over the past four years. “These conferences help push along the broadband conversation,” said Michael McNally, an assistant professor at the University of Alberta who researches information and telecommunications policy. “We developed a provincial broadband toolkit to share with community leaders in order to jump-start the process of bringing broadband to those areas.”

While McNally thinks expanding broadband connectivity to cover 90 per cent of the Canadian population in the next five years is achievable, he said higher targets will be harder to hit.

“We need to have a real emphasis on scalability,” he said. “Where we’ve failed in the past in the province is that we developed solutions that didn’t work everywhere and weren’t able to expand as demand grew.”

Helen Hambly, an associate professor at the University of Guelph whose research focuses on high-speed Internet in rural areas, said that many rural Canadians have tried to overcome the digital divide by going to community libraries, using the Internet at their workplace, or using handheld devices and incurring high data-usage fees. But for many farmers, none of the above are viable options.

“We’ll eventually need a robust fibre optic backbone everywhere in Canada, which will take time,” said Hambly. “But that kind of connectivity is essential to opening up new economic opportunities for farmers, be those products or processes. These days, access to online information is invaluable to farmers.” 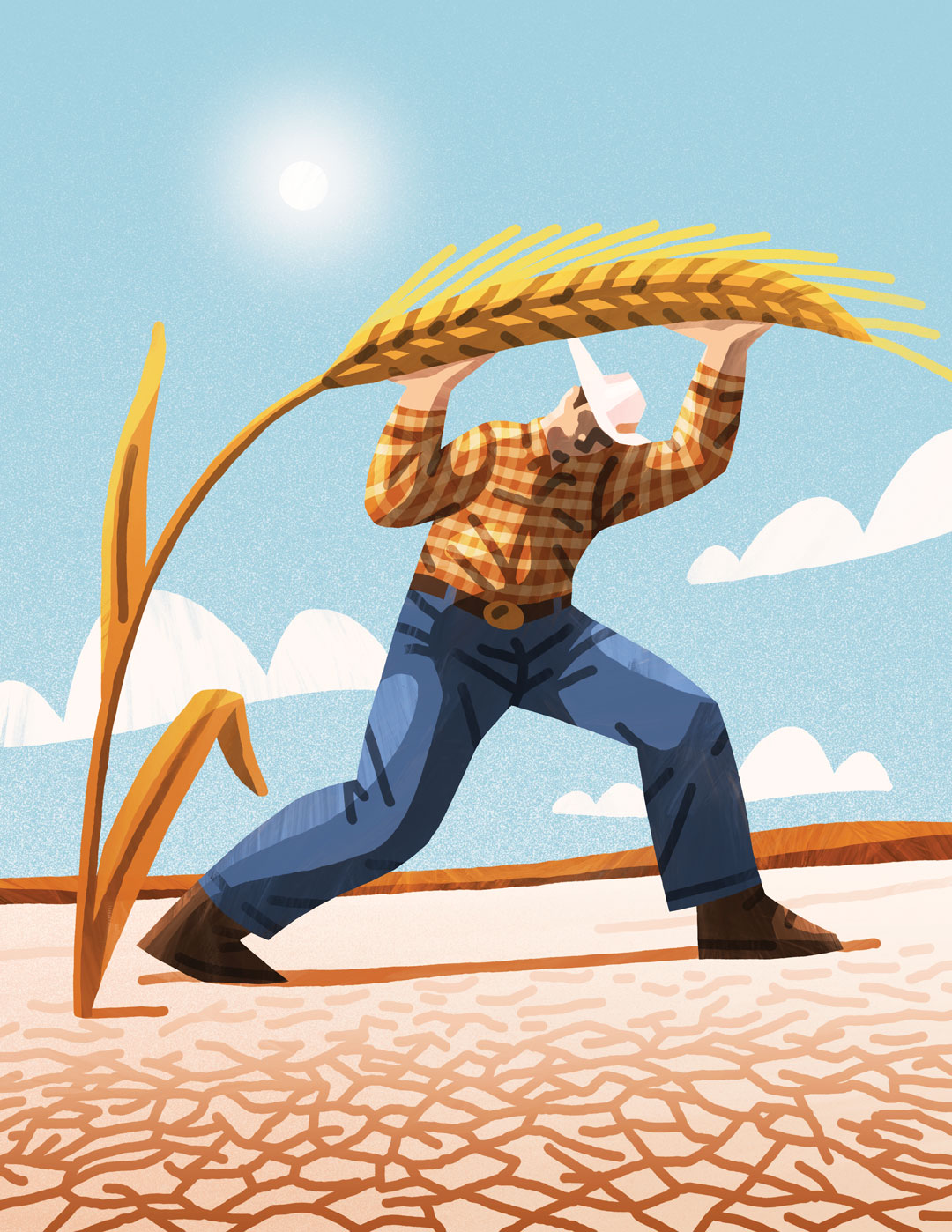