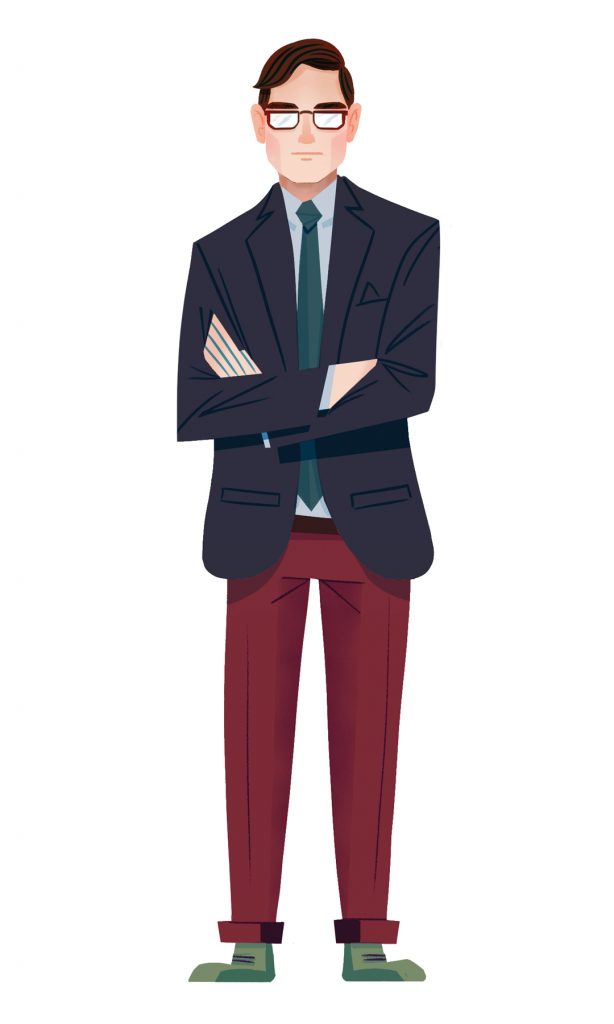 When someone said, “the best things in life are free,” were they talking about being free of gluten and hormones? Based on celebrity endorsements and pop culture sentiment, it seems there’s growing support for these food trends. At the same time, many experts warn that this type of “free” comes at the expense of science-based decision-making, costing consumers money and, to some extent, their health.

“The impact of popular culture on public perceptions, health policies and consumer trends is incredible,” said Timothy Caulfield, a professor in the Faculty of Law and the School of Public Health at the University of Alberta. He is also a Canada Research Chair in Health Law and Policy, and the author of two books: The Cure for Everything!: Untangling the Twisted Messages about Health, Fitness and Happiness and, most recently, Is Gwyneth Paltrow Wrong About Everything?: When Celebrity Culture and Science Clash.

Among other things, Caulfield has gained renown for debunking myths and assumptions about innovation in the health sector for the benefit of the public. “It’s amazing how much noise there is today regarding food,” he said. “We have a lot of good information and science around healthy eating, but it’s constantly obscured by the bunk so it’s tough to know what the truth is anymore.” 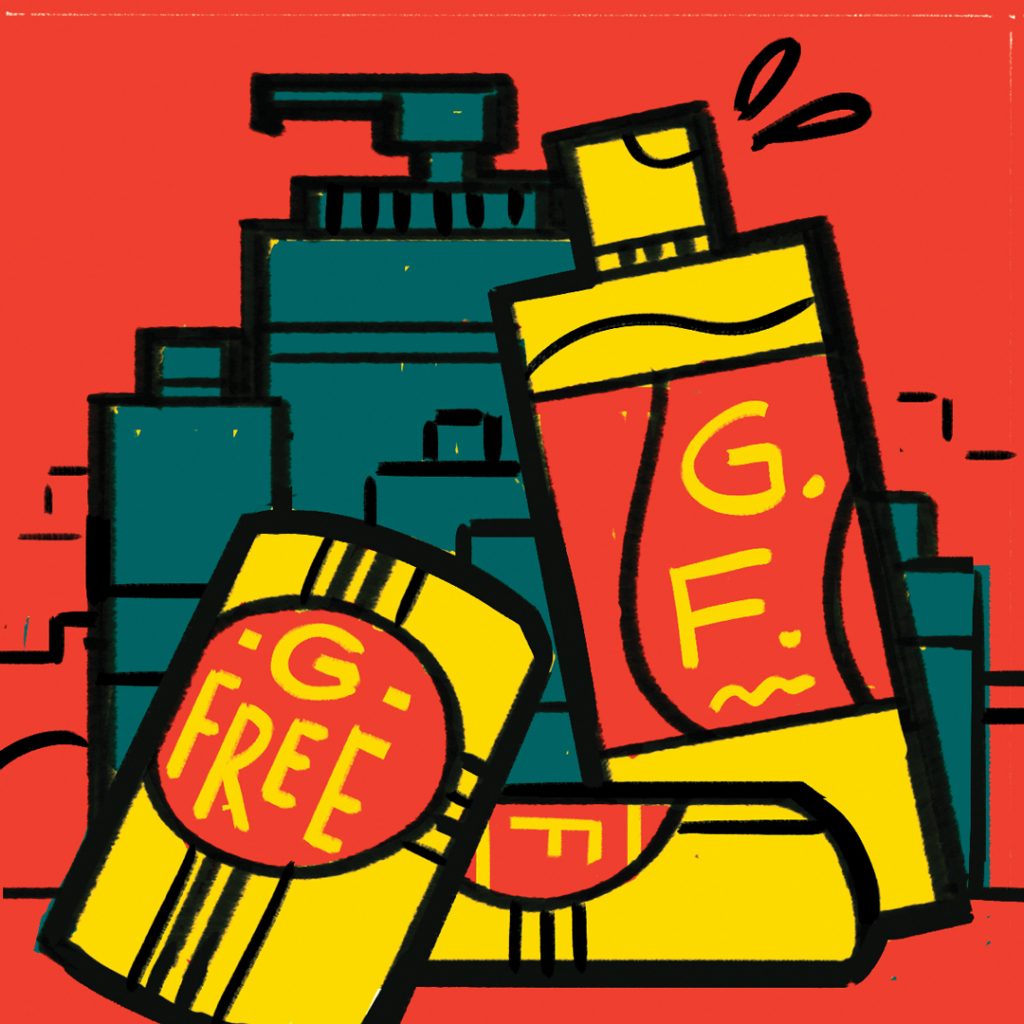 “This is a fascinating phenomenon,” said Caulfield. “Despite the lack of evidence supporting the gluten-free diet as a healthy choice, it remains a force in the market.”

While a gluten-free diet is essential for those with celiac disease, for everyone else Caulfield cited a number of studies showing just the opposite: eating whole grains as part of a balanced diet is good for you.

So what’s behind the gluten-free craze? As is often the case, it appears to be money that’s fuelling the bunk.

“I have yet to see peer-reviewed research showing any problem with gluten,” said Stuart Smyth, an assistant professor and Research Chair in Agri-Food Innovation at the University of Saskatchewan. “Unfortunately, it becomes a marketing fad as consumers start asking stores for gluten-free and companies put that label on a host of products that never had gluten in the formulation to begin with.”

In some cases, using the “gluten-free” designation has allowed companies to justify price increases of five to 10 per cent in spite of never changing the composition of the product.

“There is even gluten-free soap and shampoo now,” said Smyth. “You might get a bit in your mouth in the shower but I don’t think it is part of anyone’s diet. That just shows you how absurd the trend is.” 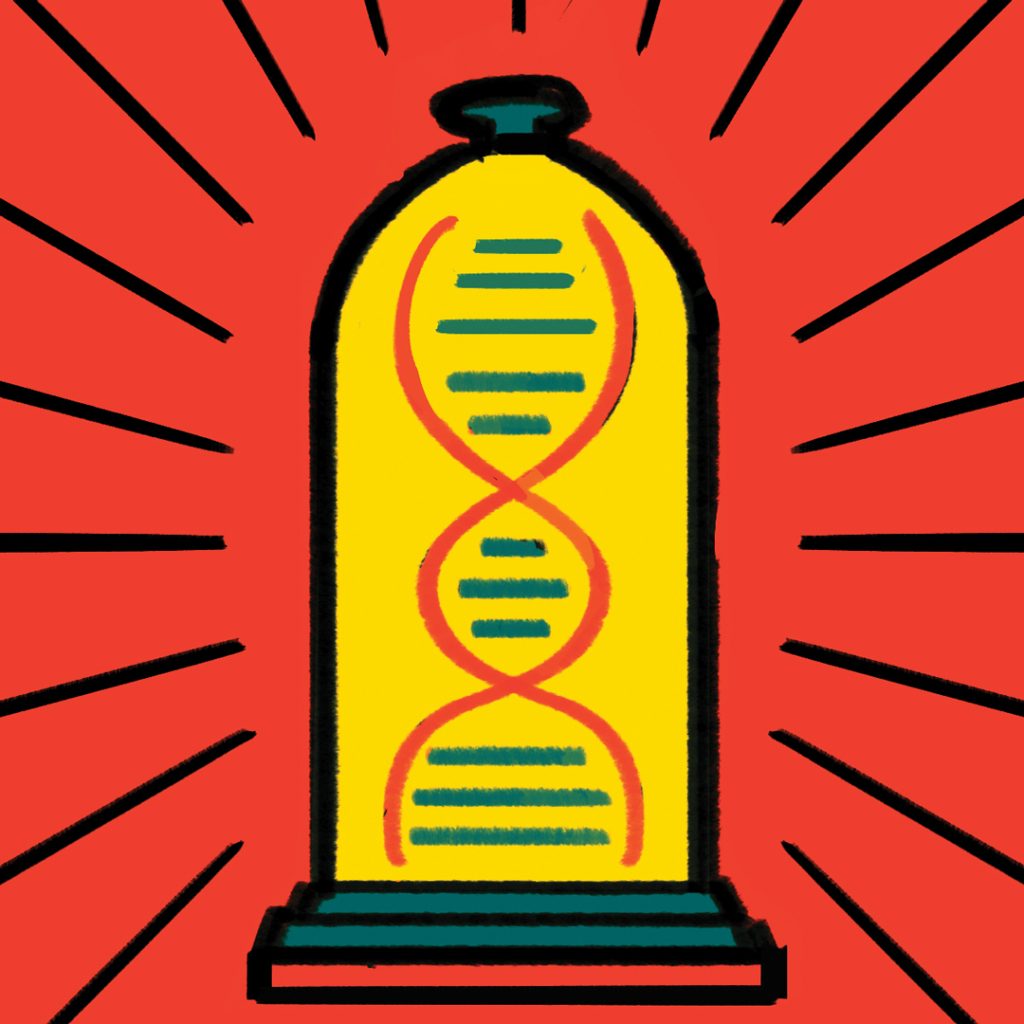 Of all the questionable food fads, Caulfield found that the controversy surrounding GMOs, or genetically modified organisms, boasts the biggest gap between science and public thinking.

“A recent study in the U.S. revealed that while GMO food has been proven safe to eat, only 37 per cent of people believe that and 87 per cent think non-GMO food is healthier,” said Caulfield.

In the professor’s view, it’s a classic example of the “Prius Effect”—studies have found that among Toyota Prius owners, the top motivation for buying an electric or hybrid car was self image or the fact that the purchase “makes a statement about me,” rather than better fuel economy or lower emissions.

“The idea of being against GMOs becomes part of one’s ideological package,” said Caulfield. “We all tend to adopt beliefs consistent with our self-identity, so the same person who believes the science on climate change may reject the science on GMOs, as that fits with their perception of themselves.”

He also sees an intuitive appeal to shunning GMO food, as it sounds unnatural. “How can you favour genetically modifying nature?” he said. “That narrative has real power but no proof.” 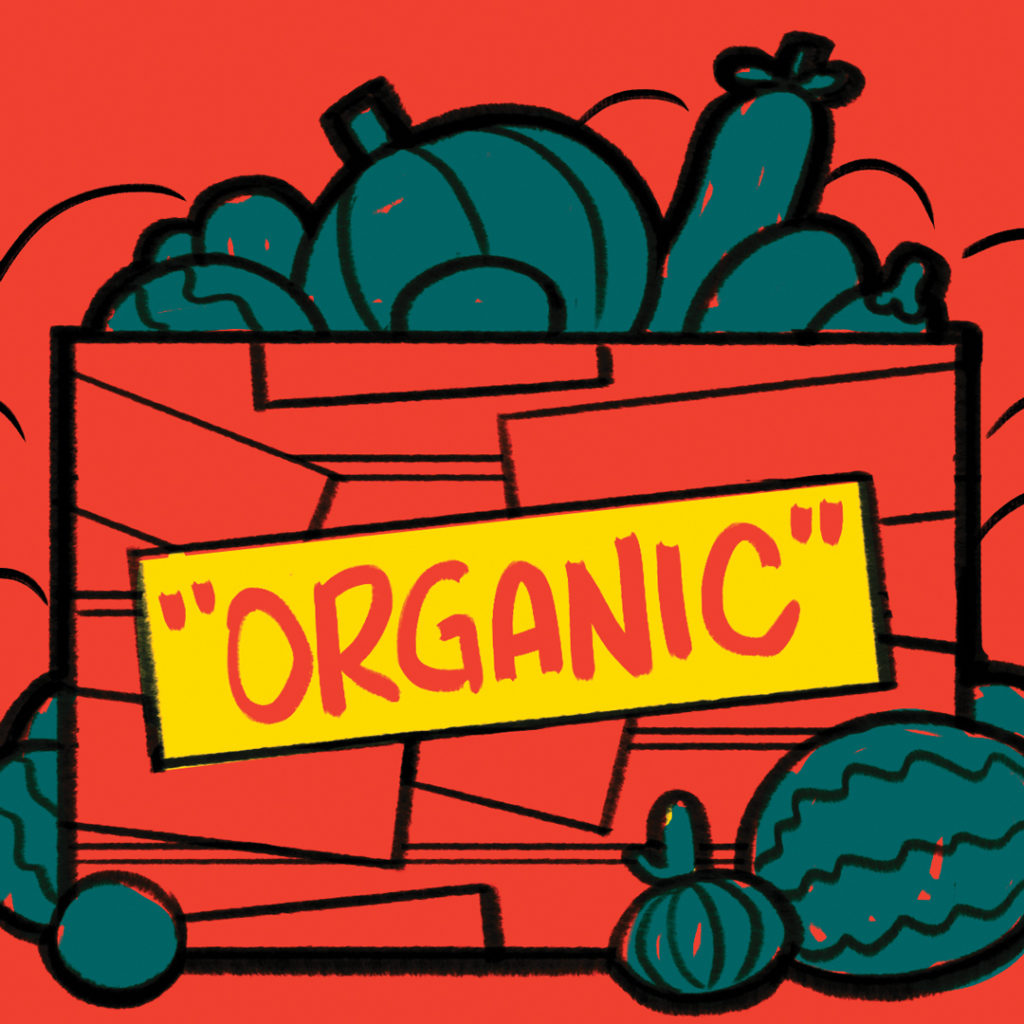 In Caulfield’s view, this is the most complex of the four food trends.

“You have to look at a couple of elements,” he said. “First of all, are organic foods inherently healthier? The scientific community agrees they are not a healthier or more nutritious choice.”

The second factor in the organic debate is pesticides. “This one is a bit more complicated, but again there’s no evidence that organic food is superior in this regard,” said Caulfield. “Not only is the level of pesticides on conventionally grown food far below regulatory standards, but organic farmers also use pesticides—they just use organic ones.”

Caulfield added that concerns about nutrition and pests might cause people to eat fewer fruits and vegetables, something he called a “horrible result” of misinformation.

Further complicating the issue is what Caulfield described as an emotional component to the organic appeal, where people equate it with “natural,” something that pop culture has been quick to reinforce.

“For my book about Gwyneth Paltrow, I read her clean cleanse guide and saw the word ‘organic’ on every page,” he said. “It promotes the notion that organic must be healthier, and that is powerful.” 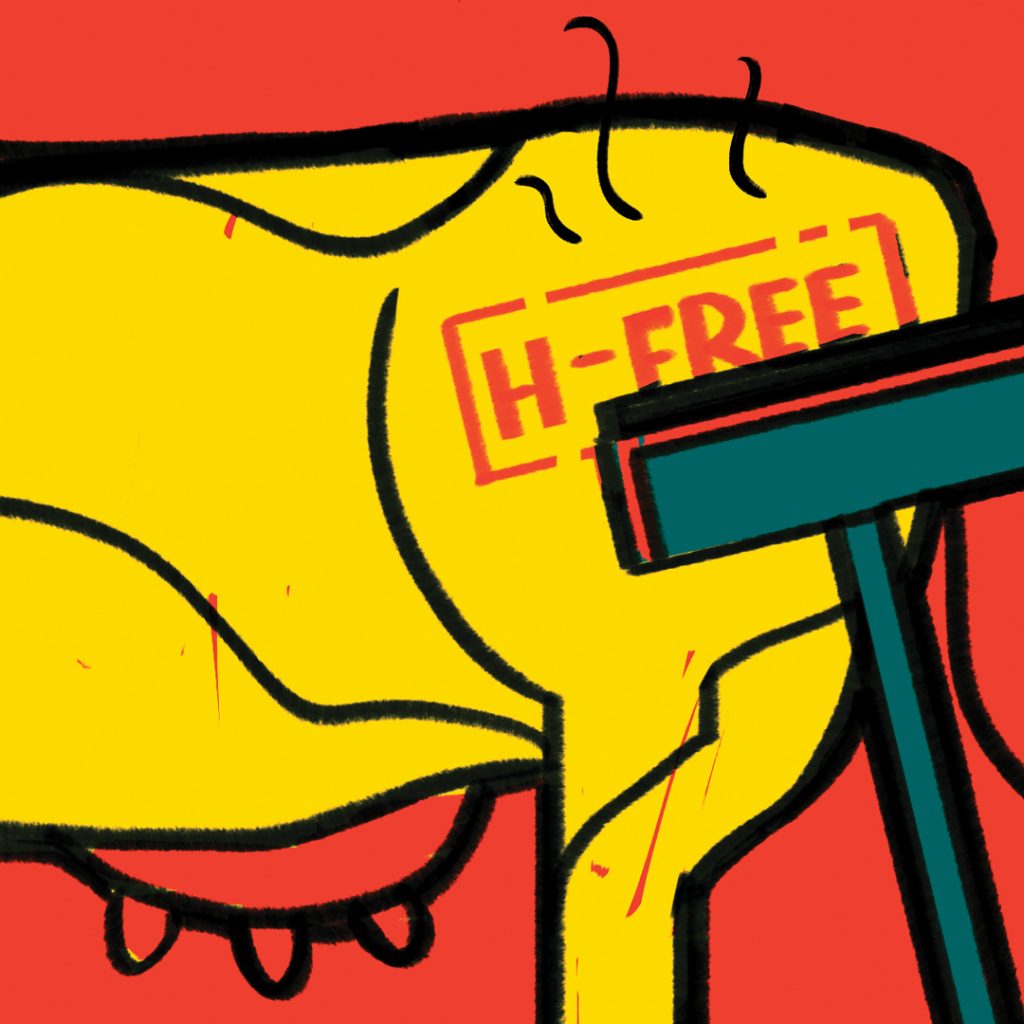 “The beef industry has studied this extensively and reported that the natural level of hormones in an eight-ounce hamburger patty is virtually identical to the level in a patty from animals raised with growth hormones,” said Smyth.

In fact, two of Smyth’s students found evidence that there are more hormones in the bun than the patty and no difference in taste, despite what the commercials tell us.

“A&W saw a niche opportunity here. They knew consumers were uninformed about how steak or hamburger ends up on store shelves and knew they could prey on that,” said Smyth. “Consequently, they jacked up prices on their burgers, called them hormone-free and claimed their competitors’ burgers were dripping with hormones.”

It can become a vicious cycle, as the more we see of hormone-free or gluten-free products, the better we assume they must be for us. “It’s almost to the point where you wonder if food companies sit around thinking what other ‘free’ words they can put on labels and charge more for—maybe ‘gene-free’ will be next,” Smyth said.

With all of the noise around these food trends, what’s a consumer to do?

“Ignore the hype and follow the science,” said Caulfield. “Wait for a body of evidence to emerge before you embrace any new theory, and in the meantime, keep it basic.”

That means eating plenty of fruits and vegetables, whole grains and good proteins while drinking alcohol in moderation and avoiding junk.

“The fascinating thing is that we know what a healthy diet looks like, yet the rhetoric and confused messages feed this doubt in our minds and make it harder to follow the simple truths,” said Caulfield.

On the bright side, most experts agree that if you get off the “-free” train and shut out the noise to focus on the basics, the benefits for your health could be priceless and lasting.

June 26, 2017
Jason “JP” Popesku is a lover of beer, but arguably, he was a lover of science first. After completing his undergraduate... More
Prev Post CONNECTING THE DOTS
Next Post SPREADING THE WEALTH 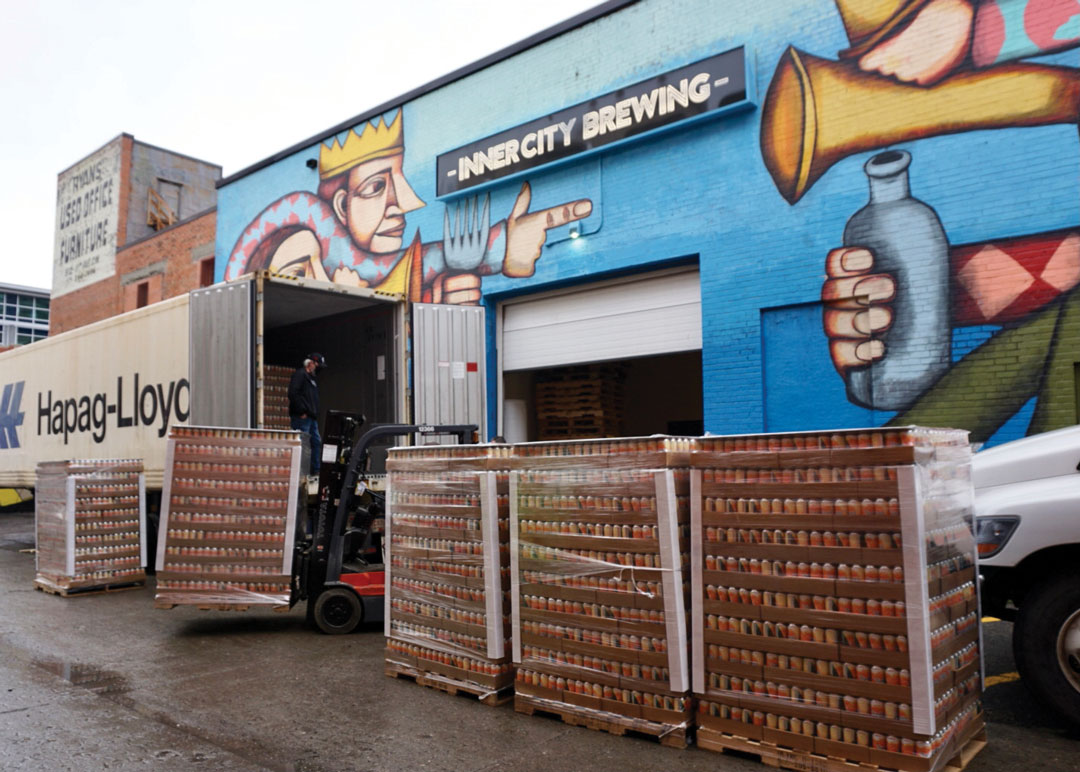 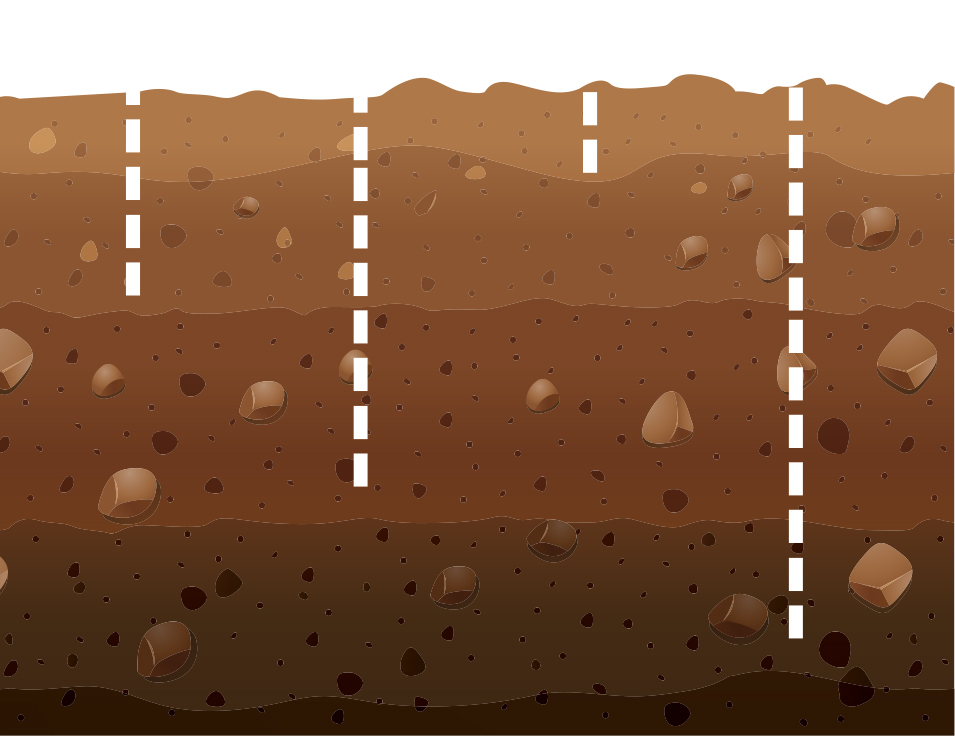