Growing a successful crop is the perennial goal of a farmer. However, that’s just one small step in the bigger puzzle of turning a profit. Freight costs—namely trucking and rail—are a fact of life for farmers, the same way farmers must always contend with the weather. Farmers deliver grain to a rural drop-off, then the grain is moved by rail to a port, where it is loaded onto a vessel. Where it goes from there will require a passport.

Without getting the crop to market, there is no money to pay the bills associated with preparing the land, growing the crop, harvesting it and getting it safely into storage.

Getting the crop “in the bin,” as farmers say, is really just a starting point. Now what? Indeed, take another step back. Moving the crop from the combine in the field to the grain bin involves a lot of dollars. Farmers have to shoulder significant risk and debt to move their crops. When farmers talk about their finances on a scale of hundreds of thousands of dollars, it isn’t bragging, it’s just reality.

A combine harvester is emptied many times as it chews its way through the ripe crop in the fall. Ideally, this operation doesn’t stop, day or night, for as long as conditions are conducive to harvesting grain that is both ripe and dry enough that it won’t spoil in the bin.

The combine dumps its load into a grain cart—a behemoth that can haul up to 20 tonnes or more of grain—pulled by a tractor, which is then driven back to a central storage area where the grain is transported into specialized storage bins using a grain auger. More and more farmers are using semi-trailers to haul grain from the field to the yard, and farmers often have more than one semi in their fleet.

Roger Leroux farms with his brother Mark and their families nearly 20 kilometres north of St. Paul, AB. Theirs is a pretty typical Prairie grain farm. Their business, Leroux Farms Ltd., operates on about 4,500 acres of farmland. As part of their mixed grain operation, they also run a custom feedlot during the winter.

“Everything is a cost for us, for every farmer,” said Leroux. “Storage in our main yard is a cost. Hauling the grain to our storage yard is a cost.” Leroux and his brother estimate they might harvest and store in the neighbourhood of 6,000 tonnes of various grains every year. “And of course, we have to separate everything,” he added. “Our barley destined for malting or feed, canola, wheat and peas have to be kept segregated. And even if we have different qualities of the same grain, that has to be kept separate as well.”

At harvest, the Leroux family hires help to ensure there are enough hands to run the combines, move and maintain equipment, haul grain and complete the myriad other tasks that have to be finished in a very short timeframe.

“Once the grain is safely in storage, then we start the process of getting it sold,” explained Leroux. “Just like anything else, we have to shop it around to the different buyers. However we sell it, we have to get it to a so-called delivery point, usually an elevator in our case.”

The elevators to which Leroux refers are no longer those quaint and distinctive structures that once dotted the Prairie landscape. Today, elevators are better described as inland terminals. These terminals only collect grain of the correct type and quality to match the sales the company owning the elevator has made and is shipping at that time. These are not storage facilities. Instead, they are designed for maximum throughput—to receive, grade and elevate the grain in the facility with the sole intent of getting it out into a 110-car grain train in less than one week.

“We have three semi-trucks that we own and operate on our farm,” said Leroux. “Two we use on the road for hauling grain, the third is an older unit that we use primarily around the farm. These units are busy year round doing our own hauling. In today’s farming landscape, with elevators pretty far apart, a semi is an essential piece of equipment.” 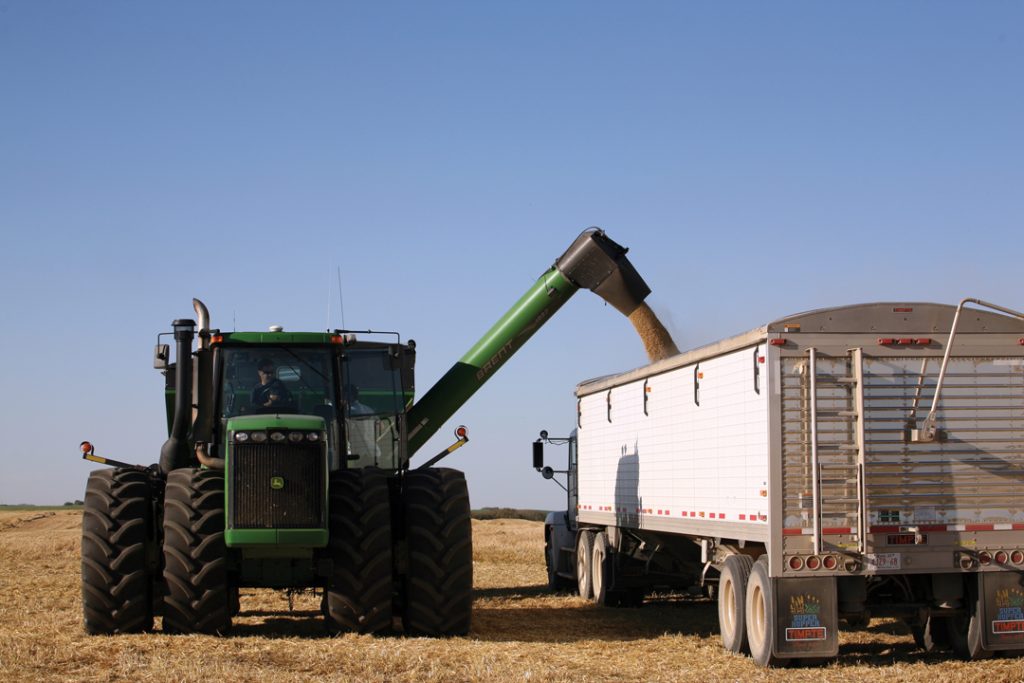 What’s a typical semi-truck price tag these days? If you were to purchase a new Peterbilt or Kenworth, you’d be looking at $200,000 or more. Used vehicles can be significantly cheaper, but this is still a large cost of doing business. “It’s a big investment, yes,” said Leroux. “However, when you are freighting 6,000 tonnes of grain at $12 per tonne, it doesn’t take long to figure out that it’s actually cheaper to do it ourselves with our own equipment.”

Jonathon Driedger is an agricultural professional who works directly with farmers. As a senior market analyst with FarmLink Marketing Solutions, he provides analysis and strategy to farmers marketing, or selling, their crops. “The raw commodity—be it canola for canola oil manufacturing, or wheat for milling and baking, or malting barley that is malted and sold on to the brewing industry—has to get from the farm to the end user in what really is an expensive and complex process,” said Driedger.

Not only do farmers have to be concerned with managing their farming operation, they also have to have one eye on what is happening with Australia’s wheat crop or Europe’s barley crop, or down in the U.S. with corn, or lower yet in South America with soybeans. “The market is the market,” said Driedger. “We have little influence as individuals on how that fluctuates, yet farmers have to sell all, or at least a very good chunk, of their crop every year in an orderly way to pay the bills that are going to come due.”

Driedger explained that, very roughly, canola might average a yield of 40 bushels per acre, which would be an average to good crop, depending on where you farm and what the weather threw at you. “The cost to grow that crop—equipment, fertilizer, seed, fuel and so on—is about $300 per acre. So that farmer who harvests 40 bushels, if he got $10 per bushel, would have to market about three-quarters of his crop just to pay the bills to grow the crop.”

Driedger said that volatility in crop markets means farmers’ financials in any given year are a moving target. “Margins fluctuate enormously for farmers,” he said. “They can range from excellent to break-even or worse, and the farmer has little to no ability to influence it. With even a modest swing in yield or price, the outlook can go from positive to grim very quickly.”

And no matter how much the market is compensating the farmer for his crop, he still has to bear the cost of getting his grain to a marketable position.

The cost of rail transportation is also borne by farmers. Not directly, but indirectly in the price they receive for their grain. For example, while wheat might be worth $220 per tonne in position at the Port of Vancouver, the price the farmer receives at the elevator is $220 minus the cost of the rail freight to get it to Vancouver. That can range from $35 per tonne to perhaps $45 per tonne, depending on where the farm is in relation to the port.

Theoretically, if Leroux were to ship three-quarters of his 6,000 tonnes of production to port, the cost of his rail freight would be more than $155,000. The numbers are staggering.

Add it all together and it becomes a large number to go from seed to bin to market every year. And reports of bumper crops often represent an opportunity for farmers to upgrade or replace machinery, grow the farm or pay off land or other debt—it’s rarely pure profit.

Farming is not for the faint of heart. By the same token, Driedger said farmers don’t go in “eyes closed, naked, every year.” They can buy into crop insurance programs that will help in the case of crop failure or events like hailstorms, which can damage the crop and cause yield and quality losses. Following a solid marketing plan and hedging with futures and options are additional ways farmers can navigate market volatility, according to Driedger.

October 4, 2016
You might just think of it as dirt, or you might not think about it at all. But in the agricultural industry, soil takes... More
Prev Post THE BUSINESS OF FARMING MADE FUN
Next Post PAY DIRT 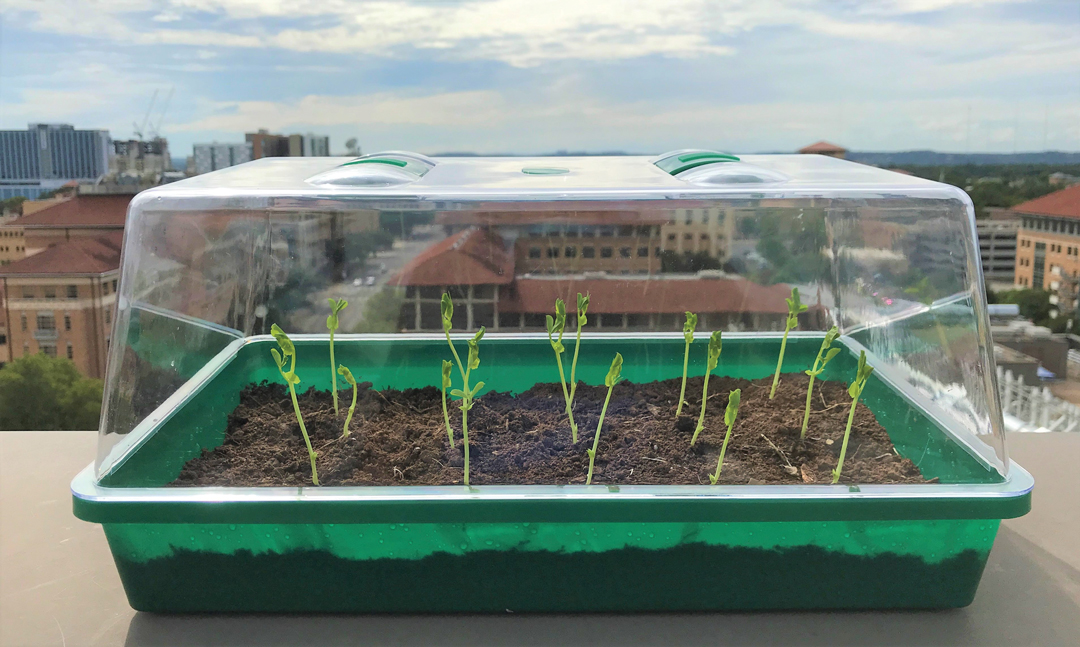 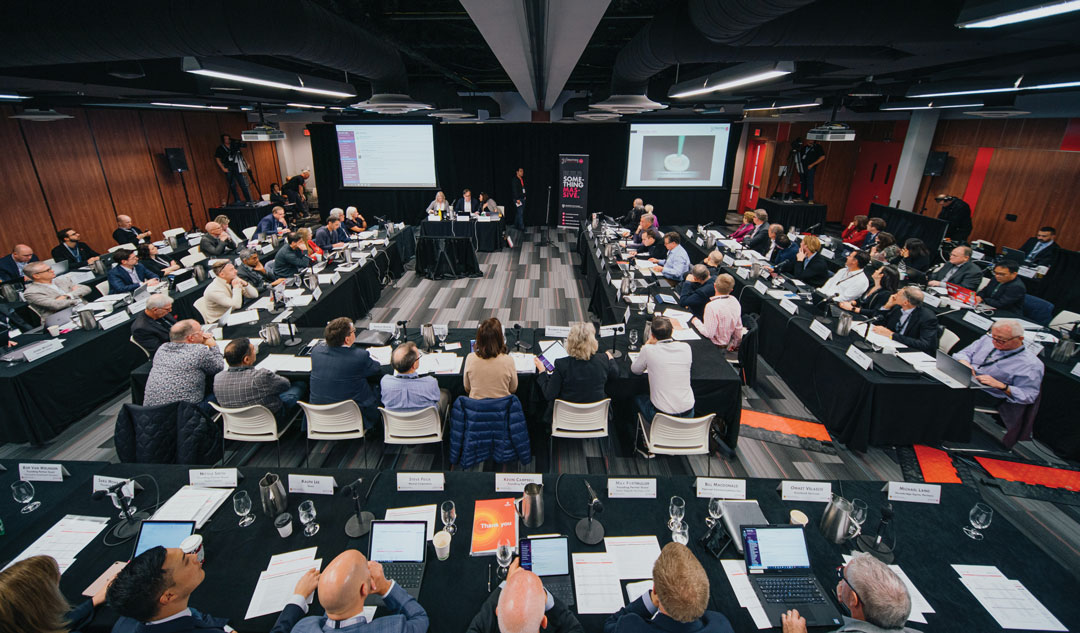 CALL OF THE ROCKIES