For too long, farmers have watched their children walk away from the farm permanently, but this is changing. It is increasingly common for people who grew up on the farm to pursue education and off-farm careers before settling back on their family farms.

“Agriculture is cool right now and the ag industry is growing,” said Elaine Froese, a family farm coach and succession planning expert. While nobody tracks the number of mid-career people returning to the farm, it is a growing trend. “Working with 150 to 200 families a year, I would say this is a thing, and something you need to pay attention to.”

Farm advisors generally recommend farm youth get three to five years off-farm experience, said Froese. With the labour crunch in agriculture, farm youth may be asked to return sooner than later. Those who do take time prior to their return bring new skills, perspectives and networks back to the farm.

“What draws a lot of people back is the entrepreneurial spirit and being an independent manager. Wanting to be their own boss is a huge driver,” said Froese. “With the shrinkage in the oil patch, people have come back to the farm because they haven’t found work elsewhere. Others intentionally decide that once they get some off-farm management experience and they want to start raising a family, that they want to have the farm lifestyle.”

When Janine Paly and her husband Ian decided it was time for one of them to transition from off-farm work to full-time farming, she stepped up.

Paly grew up on a mixed farm 21 kilometres from her current home and attended school with her future husband, long before they became a couple.
“A career in agriculture wasn’t on my Top 10 list in high school,” said Paly. “I always thought I’d be a dental hygienist.”

After high school, a move to Lethbridge altered Paly’s career path. Rather than studying dental hygiene, she enrolled in the Faculty of Agriculture at Lethbridge Community College. She received a diploma in plant and soil health and later completed her bachelor of science in agriculture with a major in biology at the University of Lethbridge. After graduation, she spent eight months in Australia working on canola seed production for Bayer CropScience.

She came back to Canada to help her parents with harvest and worked in small town agriculture retail jobs. “It wasn’t until I started working with Ducks Unlimited Canada (DUC) that I found my spark in agricultural extension and ag-vocacy,” said Paly. “I worked for DUC for 10 years on the winter wheat extension program in Western Canada in Alberta and I loved it.”

Working with DUC allowed her to travel and develop relationships with farmers and industry members across Western Canada. “It helped me as a farmer,” she said. Having developed relationships with wheat breeders and researchers, she taps into their expertise when agronomic problems arise.

Now farming with her husband’s parents on a mixed operation in the County of Thorhild, the couple manage the grains side of the operation while his parents Darlene and Don oversee the livestock. Paly also serves as an Alberta Wheat Commission director-at-large.

“At first, the transition to full-time farming was hard. “It was a challenge because I didn’t have the ‘me time’ that I had before,” she said, explaining that her daughters, Annabelle (six) and Lillyanna (three), stay home with her full time rather than attend daycare. “The other side is that it allows me to be a better mom, and it has given me more time to look at our farm from an agronomic perspective. Though I’m an agronomist by training, I didn’t take time to scout the field when I worked off-farm. Now I’m there to do it.”

With a succession plan in place, she has her sights set on building the farm business over the next five years so her husband who works in oil industry land reclamation can work full time on the farm as well. While she is optimistic, Paly believes it’s harder for her generation than for previous ones to take over the farm.

“Our grandparents were able to provide for a family of five off three quarters of land, and not work off the farm. Now, with inflation of land prices, inputs and equipment, it’s a struggle for young farmers to come back to the farm. They have to supplement with off-farm income so their farm can survive until they are able to start paying their debt down.”


Best advice to others
“Farming has its challenges, and each one of us is going to stumble and fall, but having a life partner who will hold your hand and provide support makes a world of difference.”


Best advice from family
“My father taught my sister and I the value of hard work, and that we can do anything that the opposite sex can do. My parents instilled those
values in me early.”

Luke Adam wasn’t inclined to become the fifth-generation operator of his family’s farm near Stony Plain. “Dad grew up on the farm,” said Adam. “He wanted to farm and knew it since he was young. I wasn’t like that.” He felt farm life to be constrictive. His father Bryan, who is a former Alberta Barley director, removed the pressure to assume the family business, telling him to do something he loved. With a push from his mother Beverley to attend university, he started his off-farm journey by earning degrees in arts and education and teaching at a small school in Port Coquitlam, B.C.

“They brought me in to teach Grade 9 and develop that program, and then help develop the program for 10 to 12. I stepped into an administrative role for the last three years. It was a lot of board meetings and communicating with community. I really loved it,” said Adam. By 29, he was the school’s principal.

With the arrival of their first child, Adam and his wife Dani, also from Stony Plain, felt the call to return home. In the move, Dani left her position as a legal assistant and is now taking on some farm administrative work from Beverley. They now have three children, Charlie (six), Walker (three) and Madison (one). “We’d always had it in the back of our minds that we wanted to come home and with the kids it made more sense,” said Adam.

Their first child was born in 2013, and the young family moved back to the farm in 2015 after lengthy discussions with Bryan and Beverly about making it work. Last year the family established a formal partnership, splitting the farm assets evenly between the couple and Adam’s parents.

Coming back to the farm meant setting aside activities Adam enjoyed as a teacher, such as playing baseball. It also meant coming to terms with who he was as a farmer. “Off-farm you get to find your identity outside of your family. You figure out who you are and what your goals are,” he said. “To me, a farmer had to have dad’s skill set. I don’t have that, so part of our conversation was, ‘dad, do you think I can be a farmer?’ He said, ‘you have skills that I don’t.’”

“School administration gave me confidence in the management and fiduciary responsibilities, making phone calls, researching, finding resources that can make our farm more sustainable and productive,” he added. “I love teaching, but I love farming, too. I grew up on it and there’s the challenge of maintaining something that has been built over a century.”

Best advice to others
“Talk to your family about returning before you jump back in. Talk about expectations, goals, vision and where you fit in in these areas. Be sure to include a what-if conversation in order to preserve the family relationship if the joint venture doesn’t work out.”

Best advice from family
“Find something you are passionate about, love doing and pursue it.”

When Brent Konstapel and his twin brother Peter finished high school, they weren’t given the option to stay on the farm. “We weren’t allowed to stick around,” said Konstapel with a laugh. “Dad said to get off farm, get a different job and work for someone else.”

Konstapel grew up north of Grande Prairie near Spirit River on the farm that his grandfather and father Gerry started when they immigrated from Holland in the 1980s. While he had been a full-time farmer, Konstapel said his father didn’t expect his sons to be. “As far as we knew, the farm was always going to be there, but I didn’t know I’d come back for sure,” he added.

He worked in oilfield well testing, but finding camp life isolating, he took a chemical company warehouse job to be closer to home. In both jobs, his farm sensibilities and work ethic served him well. “If there’s something to do, you do it,” he said. “You go to work and you do the job. My co-workers were happy when they saw a farm kid come into the workplace.” He credits this off-farm employment with improving his people skills and preparing him for various professional situations. It also allowed him to have new experiences through travel.

Konstapel returned to the farm in 2012 and married his wife Megan the following year. They have two daughters, Whitney (five) and Allison (two). He now farms 12,000 acres of wheat, barley, canola and peas with his brother and parents. “When we were away, dad downsized and cut everything just about in half to make it more reasonable to run with less people,” said Konstapel. “Since I returned, we have almost doubled in size.”

The return transition has been smooth. The family shares the work and decision-making. “After we came back, we set up the farm corporation and spoke with a planner,” explained Konstapel. “It was good to talk about planning for the future when Mom and Dad will retire, but we haven’t made a formal plan for it. The plan is evolving over time. Over the years, our percentage of the farm will get bigger and theirs will get smaller until eventually they retire, and we’ll take over.”

In the meantime, Konstapel is happy with the progress his family has made while working together and he serves as Alberta Barley region six director. He’s also particularly proud of being able to buy his own land for the first time. “We’re at a pretty good size. There may be some yard expansion that might help with grain handling, but we have no plans on growing anymore,” he said. “I’m looking forward to maintaining what we have and keeping the farm alive and viable.”

Best advice to others
“Listen to the other generations. They have been through a lot and brought the farm to where it is today.”

Best advice from family
“Responsibility is a big thing on the family farm. Don’t take on too much or stick your neck out too far. Take care of everything that needs to be taken care of.” 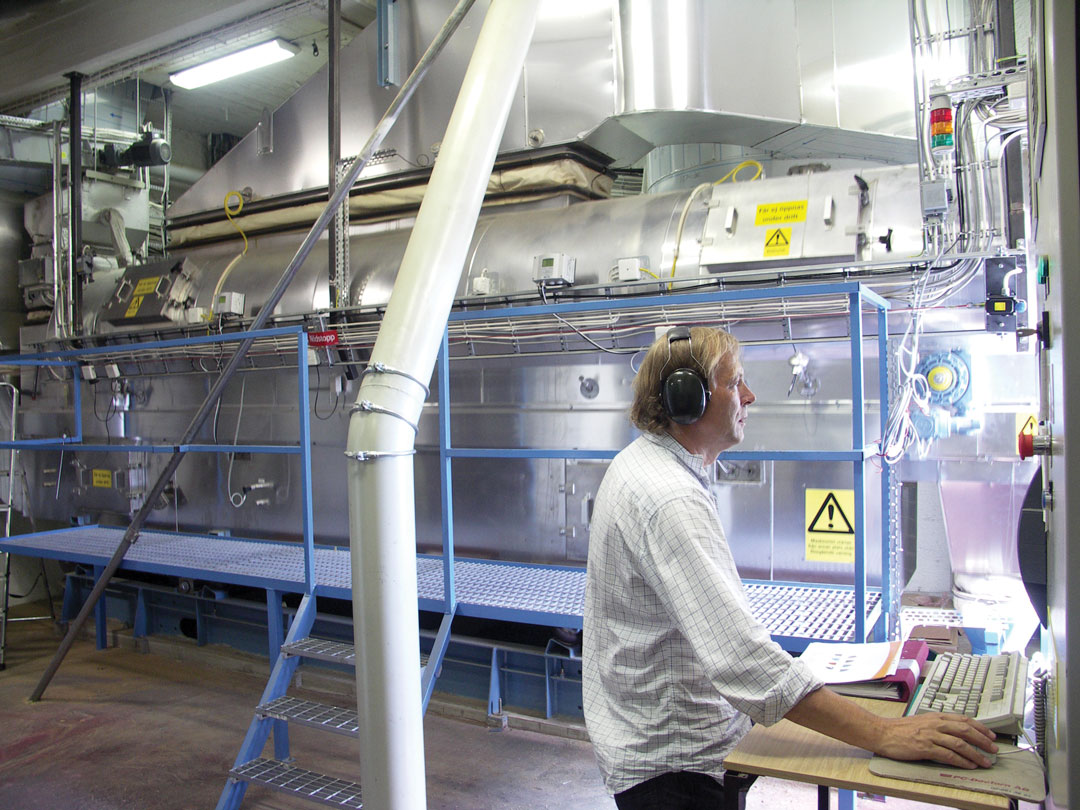