On Jan. 31, 2018, Alberta Agriculture and Forestry notified the Canadian Food Inspection Agency (CFIA) about the discovery of herbicide-tolerant wheat plants found on an oil well access road in southern Alberta. While the event could be described as a non-incident, it did make two things clear: In terms of thoroughness, responsiveness and due diligence, when it comes to managing risk and assessing safety, Canada’s rigorous food safety regulatory system works. There is concern, though, that improvements could be made in terms of communication. Here’s a look at what happened, what steps were taken post-discovery and what lessons were learned in the process.

During the 2017 growing season, a herbicide application contractor found that several wheat plants survived a glyphosate application. After receiving the report, the Province of Alberta followed up by collecting samples for testing. Determining the plants were indeed GM wheat, the informed the CFIA. The organization’s response was swift and comprehensive.

The CFIA’s first step was to determine the origin of the GM wheat plants and the extent of their spread. “When we were notified of this, the CFIA thoroughly examined all plausible leads that related to the discovery and conducted extensive testing,” said Heather Shearer, CFIA Plant Biosafety Office national manager. “We’re confident that GM wheat is not present in the system or present anywhere other than the isolated site where it was discovered. This is not a widespread issue.”

Since its discovery, the landowner of the site has been collaborating with the CFIA to apply appropriate mitigation measures that are designed to ensure that GM wheat is not present in the environment going forward.

“We took a very cautious approach in 2018,” explained Shearer. “To ensure that no wheat is present, the entire field around that access road discovery site was kept fallow in 2018.”

The site, said Shearer, was a typical quarter section for southern Alberta. Shearer said inspectors visited the site regularly throughout the 2018 growing season. The field in question will remain fallow until the end of the 2020 growing season. No cereal crops will be grown on the fields in the coming years, and the CFIA will perform regular inspections of the site to verify that no GM wheat is present.

While there is little question that the CFIA’s rigorous regulatory system does indeed work, some question how communication surrounding the investigation was handled.

“We had no concerns whatsoever about the protocols that were developed by the CFIA or the Canadian Grain Commission (CGC),” said Tom Steve, Alberta Wheat Commission (AWC) and Alberta Barley general manager. “They did their job from a technical standpoint. The main concern that we had was actually the process of informing the industry and the customer,” he continued.

Steve said industry stakeholders received notice from the Government of Canada on June 14, 2018, in the form of a briefing. This was conducted after the media briefing, which meant AWC was handling media enquiries prior to having received an official advisory about the incident. The way the event unfolded left industry little time to advise major wheat customers. Japan, said Steve, found out

via a news source and not through trade partners, as should have been the case. “They weren’t officially advised by the Canadian government until after they had seen the media coverage, and that was our concern,” he said.

Steve was also troubled that certain stakeholders were aware of the situation before others. He said Monsanto, which is now Bayer CropScience, was informed months prior to the official announcement. “If Monsanto was aware of it and government staff were aware of it, why would you not reach out to the stakeholders that actually have an investment in the industry?” he said.

According to Bayer’s public and industry affairs director Trish Jordan, though, the company was not informed about the incident so much as it was asked to co-operate in the CFIA’s investigation. The corporation was contacted in February.

“Our role was to try and provide information that would allow CFIA to confirm what the trait was,” explained Jordan. The CFIA was able to confirm that the plants found were a Monsanto variety (referred to by the corporation as an event), MON 71200, glyphosate-tolerant GM wheat.

“The thing that was very surprising to us was that this event and these particular wheat plants were found at least 300 kilometres from any confined research trials—nowhere near where we were ever doing research trials. Our last field trial of glyphosate-tolerant wheat planted in Alberta was in 2004,” she said. “We had a program that ran from 1998 to 2004, but the last time Monsanto tested this particular event was in 2000.”

Once the CFIA finished conducting its investigation, said Jordan, it arranged to give a technical briefing on the afternoon of June 14. “We did not have advance notice of them going public,” she said.

Japan is carrying out ongoing testing, said Dahl, but it’s not delaying shipments or preventing wheat from moving into Japan.

“At this point, I would characterize this as ‘trade has returned to normal,’” he said.

While the investigation showed that the CFIA’s rigorous system does indeed work, in future, if a similar event should occur, communication protocol could stand improvement. Events like these are good learning experiences, said Dahl.

“The CGC and the CFIA do deserve a lot of credit for the science that they carried out in order to ensure that the testing was available and that we understood that it wasn’t in the supply chain,” he said. “They did a very good job of those things, and that really did help facilitate getting the market open again.

“But [the industry] can do a better job—if something like this were to happen again—in communicating a little bit more in advance with our customers and have better interaction between industry and government,” he concluded.

Steve agreed, and added his concern about how long it took the provincial agriculture ministry to inform the CFIA. “We’ve been focusing mostly on the notification process at the end, but there was a considerable amount of time from when those wheat plants survived to it actually getting up to the CFIA,” he said. “And that maybe is a risk we want to avoid in the future, as well.”

As for concerns about the timing of the CFIA’s communication with industry and the public, Shearer said the organization is committed to transparency and openness. “The Government of Canada does have an obligation to be sure that any information we provide is credible, complete and true,” said Shearer.

“We will be looking into any lessons learned from this and seeing where we can make improvements should there ever be a similar incident in the future,” she concluded.

January 4, 2023
It is a valuable livestock feed, food ingredient, beer component and is even used to lower blood pressure, but if barley... More
Prev Post REDEFINING THE NATION'S SUDS
Next Post THE MORE THE MERRIER 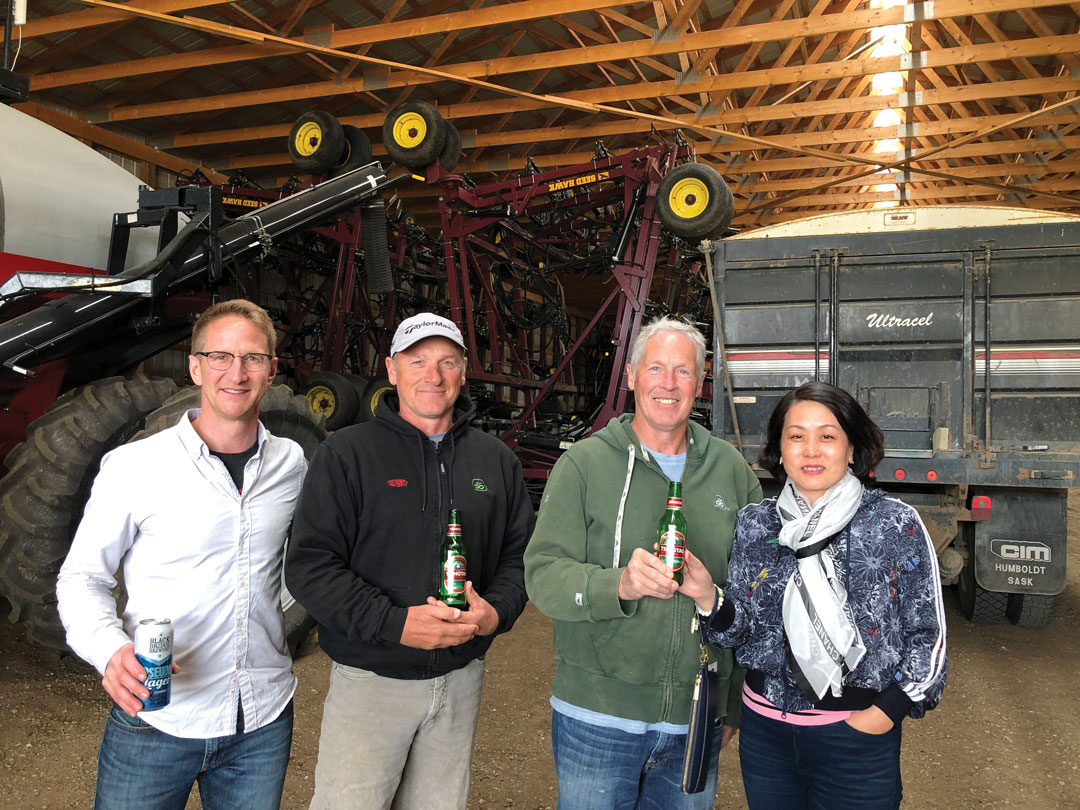 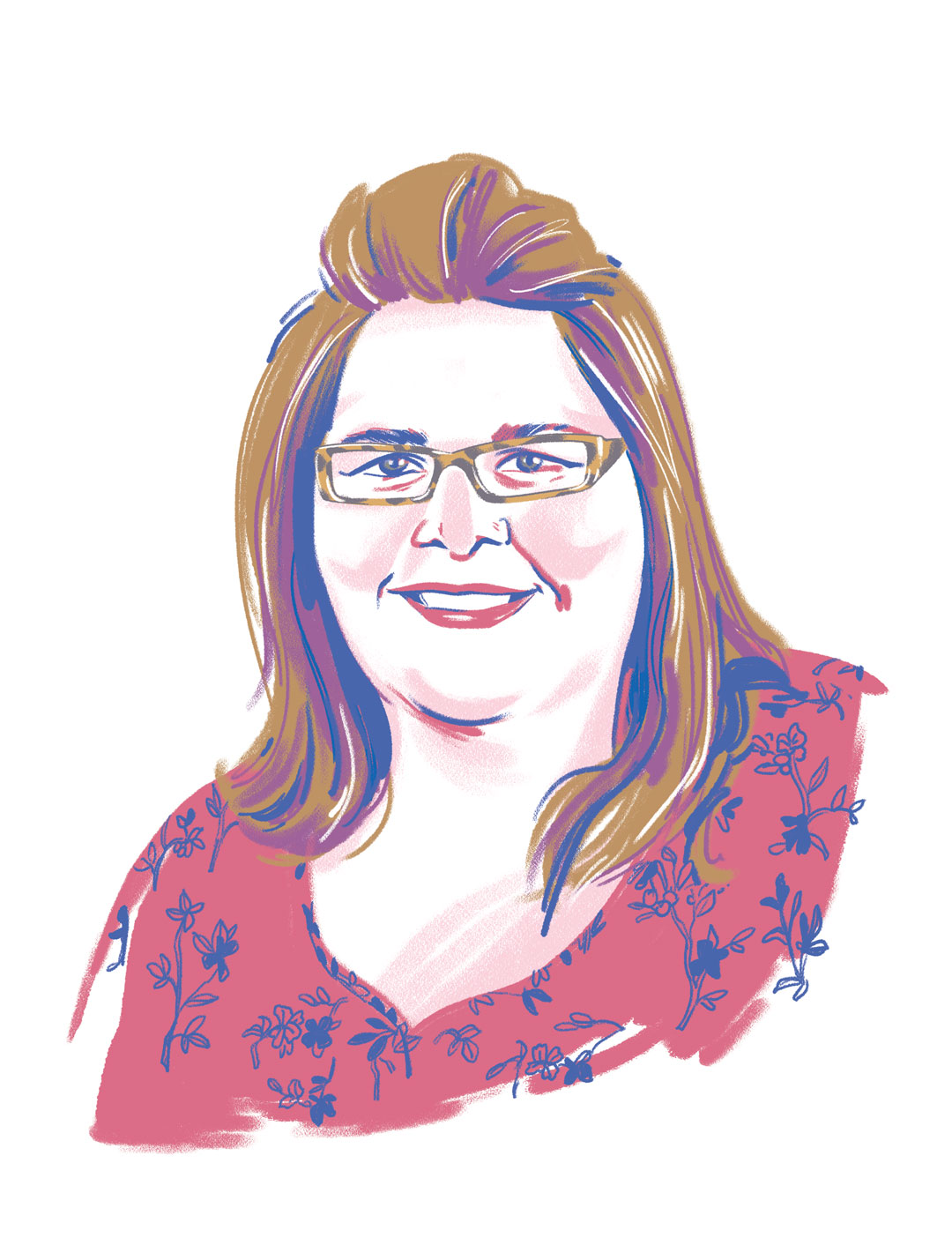 HOW TO NURTURE AN INNOVATION ECOSYSTEM