ONE SMALL STEP FOR BREWING ON THE RED PLANET

Two batches of a malt barley variety named ABI Voyager were transported to the International Space Station (ISS) on a cargo supply mission. In one experiment, the barley seeds were kept dormant while they sojourned on the ISS for approximately a month. Since being returned to Earth, these seeds have been cultivated and the plants are being analyzed by researchers to see how time spent in space may affect their growth.

In a parallel experiment, 20 seeds were allowed to germinate in space and grow into seedlings before the growth process was stopped and the plant material was preserved so it could be sent back to Earth to be analyzed by the same research team.

“We have discovered that barley root development seems to be very sensitive to the microgravity environment and the roots do not grow as expected,” said Gary Hanning, director of global barley research at AB InBev (Budweiser’s parent company). He elaborated that this is a hurdle, as the next step in the outer-space study will be growing plants in pots of soil rather than test tubes.

Growing barley in space is merely the first step that Budweiser is taking to achieve the lofty goal of being the first to brew beer on Mars. “Translating what our outstanding maltsters and brewmasters know about malting and brewing on Earth to a space environment will be a long process,” said Hanning. “Of course, the brewing process begins with quality raw material, which is the first step, and it will require many steps along the way to complete this supply chain.”

Budweiser is not alone in dreaming about suds in space. Last year, the New York Times reported that university students in an astrobiology class in Pennsylvania discovered that hops—the flowers used to add bitterness to beer—grow well in crushed basalt, a substance that scientists say closely resembles the makeup of Martian soil. NASA is also researching the effects of weightlessness on yeast, another key ingredient in beer.

Research on plants is nothing new for space agencies. “Both NASA and the ISS National Laboratory [the onboard American portion of the ISS] have a strong history of on-station plant research, but for differing reasons,” explained Patrick O’Neill, spokesperson for the Center for the Advancement of Science in Space, the organization that oversees U.S. lab operations on the ISS. “For NASA, the desire to understand plant growth in microgravity largely stems from a desire to grow produce in space for food consumption by astronauts on long-duration missions where limited food sources can be sent from Earth. For the ISS National Laboratory, the desire resides in allowing researchers the opportunity to test their products in a unique and novel environment that allows fundamental and applied knowledge to be incorporated into future research with Earth-based implications.”

There may indeed be terrestrial applications for Budweiser’s interplanetary endeavours. Barley is the fourth most widely grown cereal crop, and AB InBev conducts extensive research on earthly barley production.

“We see microgravity as a learning opportunity as we work to breed and cultivate new strains of barley that can thrive across the globe,” said Hanning.

January 4, 2023
The Russian invasion of Ukraine began on Feb. 24, 2022, resulting in thousands killed or injured, millions displaced and... More
Prev Post WELCOME TO THE FARM
Next Post WASTE NOT 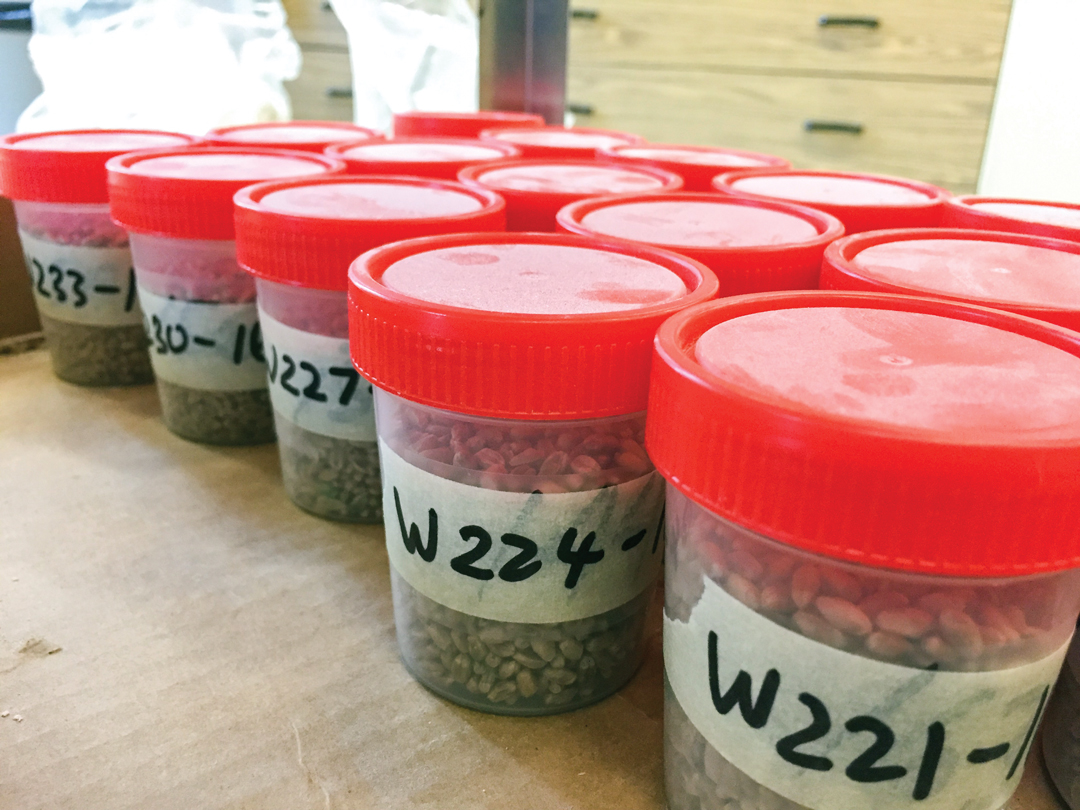