The Fusarium Head Blight Risk Tool was launched at the start of the 2017 growing season. Developed by the Alberta Wheat Commission in collaboration with the Alberta Climate Information Service, the online resource features a local risk indicator, a provincial risk map and a tab detailing best management practices.

The map indicates the favourability of weather conditions for the development of Fusarium head blight (FHB) at wheat’s most susceptible flowering stage, with a range of low, moderate and high. With climate data and management options provided by the online tool, as well as farmers’ own field assessments, local infection history and crop-yield estimates, farmers can make more informed decisions about whether or not to spray, which fungicides to use and when.

In Saskatchewan and Manitoba, provinces where FHB has been prevalent longer, risk maps have been in use for some time.

AWC grower relations and extension co-ordinator Brian Kennedy said response to the risk tool from farmers, seed growers and crop-protection companies has been very positive. “Everybody really likes the format,” he said. “We’re excited to add features for 2018, but we want to keep it simple and usable, as it is now.” Such features will likely include a risk map for barley once the model for predicting blight in this grain is better developed.

Though he expected usage of the tool will prove relatively low due to the dryness of the 2017 growing season, Kennedy predicted usage will increase in coming years with wetter conditions. A post-harvest examination of risk tool analytics compiled over the season is being carried out.

“You might have a new tool, but are people aware of it?” said Daniel Itenfisu, a drought modeller with the AgMet Unit of Alberta Agriculture and Forestry. “It will help us to get that feedback.”

Kelly Turkington, a research scientist and plant pathologist at Agriculture and Agri-Food Canada’s Lacombe Research and Development Centre, has been extensively involved in FHB research on the Prairies. He suggested that carrying out ground truthing with the system will be important over the next two to four years, and hopes that funding for this may be delivered federally through the Canadian Agricultural Partnership, the successor to Growing Forward 2. This could involve examining the Canadian Grain Commission’s FHB-damaged kernel results as well as targeted surveying of areas of predicted low, moderate and high risk.

Any tweaks to the tool may be based on what’s going on in Saskatchewan and Manitoba, Turkington predicted. “I think there is a desire that perhaps the three provinces will co-ordinate activities.”

Does the risk of disease warrant either the effort or expense of a fungicide application? This is the big question the tool helps to answer, said Dr. Michael Harding, research scientist, plant pathology, pest surveillance section, Alberta Agriculture and Forestry. “It provides information that’s very close to up-to-the-minute about what has happened and what that might do with respect to risk of FHB developing in an area.

“A number of farm units employ agronomists to help with this decision-making,” he noted. “It would be used by those folks to make recommendations to farmers.

“I think it will be quite valuable and the uptake will increase over successive years as we move past this beta test year and do additional work to validate that the model works well in Alberta, as it does in other jurisdictions. As the word gets out and more and more people get familiar with it, I think it’ll be really useful.”

Though in much of the province dry conditions have minimized the occurrence of this moisture-loving fungus, Harding said the risk map will still have proven useful in areas where drought conditions did not occur. “Even though 2017 has been a really dry year, it’s nice to have that tool available so we can start to add that info into our decision-making.” 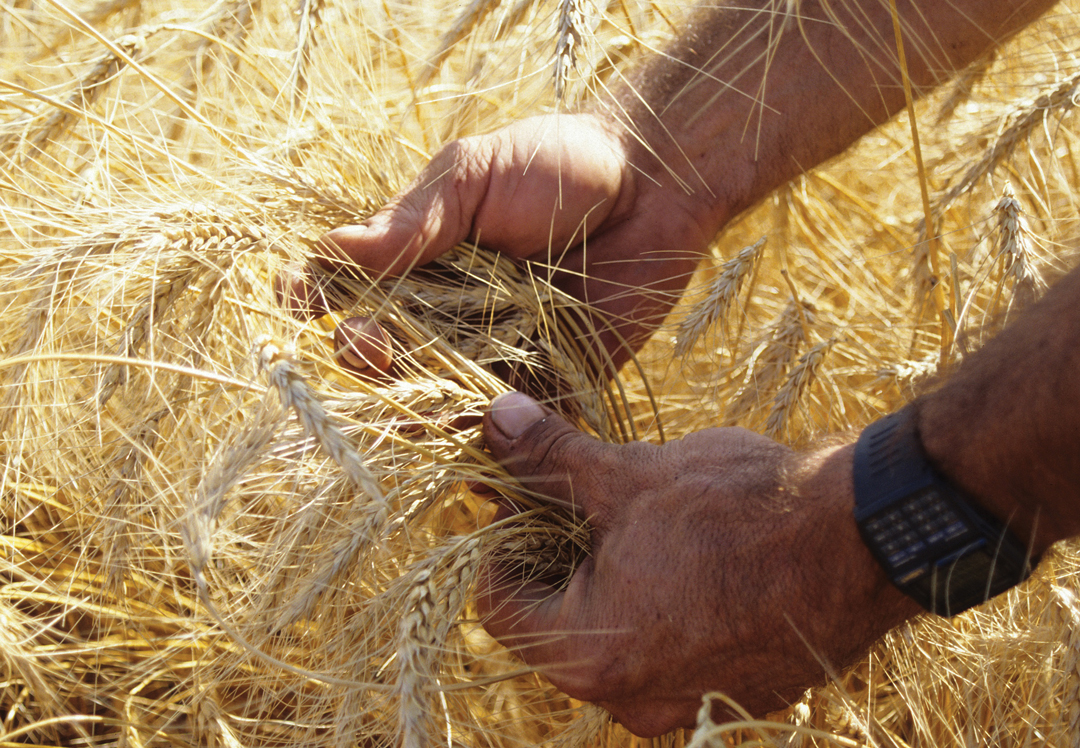 A RECIPE FOR HOT CEREAL