THE MALT LANDSCAPE IS CHANGING—ALBEIT SLOWLY

There are no shortcuts to the top of the malting barley heap. More than 15 years after becoming a registered variety, CDC Copeland has become the most widely grown malting barley variety in Western Canada, pushing stalwart AC Metcalfe into second place.

“Copeland is turning into the king,” said Kevin Sich, grain department manager at Rahr Malting in Alix, AB. He noted that the variety is well suited for both the North American craft brewing industry and offshore beer makers.

CDC Copeland represented 44.7 per cent of the acres seeded to malt barley in Western Canada and AC Metcalfe totalled 34.2 per cent. Both of these two-row varieties remain firmly planted at the top of the Canadian Malting Barley Technical Centre’s (CMBTC) recommended malt varieties list for the 2017/18 crop year.

AAC Synergy switched categories from “under commercial market development” to “growing demand,” signifying greater uptake by the malting and brewing industry. Sich called AAC Synergy the “rookie of the year.” North American craft brewers like its malting profile, which resembles CDC Copeland, and farmers like the variety’s improved standability.

“The last big frontier for Synergy is an off-shore market,” said Sich. “If it could become an offshore variety, then it could become really big.” AAC Synergy was the third most widely grown variety on the Prairies, increasing from less than one per cent of seeded acres in 2015 to just over five per cent in 2016.

“We love Copeland because it’s a high-producing variety that everyone wants,” said McAllister, adding that “it would be nice to have [another variety] that you could put into the rotation that has similar characteristics.”

McAllister called malt the “No. 1 priority” on his farm. “We put everything we have into our malt. It can outperform our canola on dollars per acre,” he said. The effort paid off for Antler Valley Farm this year, as 100 per cent of its barley was accepted for malt.

The relatively high level of malting barley quality across the Prairies suggests that many farmers had the same philosophy as the McAllisters this year. According to the annual Quality of Western Canadian Malting Barley report produced by the CMBTC and the Canadian Grain Commission, the average protein content of barley selected for malting in 2016 was lower than in 2015 and lower than the 10-year average, while the average thousand-kernel weight and plumpness was higher than the 10-year average. These specifications—low protein and high kernel weight and plumpness—are exactly what maltsters are looking for when sourcing barley.

Despite challenging harvest weather across parts of Alberta and Saskatchewan, Sich said farmers were fortunate that there was no hard frost before the middle of September. He believes farmers focused on timely harvesting of malting barley because of the large spread between feed and malt prices.

“This was the first year that guys chased malt over wheat,” said Sich. “We got off a lot of good-quality barley because guys were motivated by price.”

March 9, 2022
Long criticized for its irrigation-clogging, livestock-endangering, dugout-deoxygenating properties, lowly pond scum is ... More
Prev Post BACK TO THE FUTURE
Next Post FACTS AND FIGURES 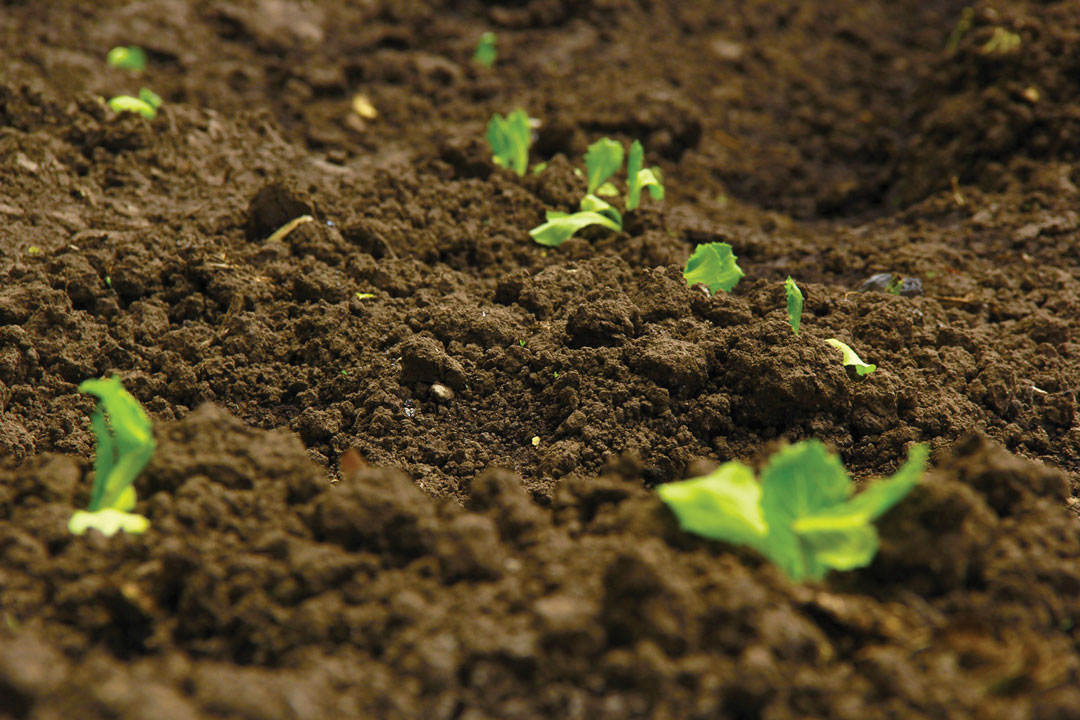