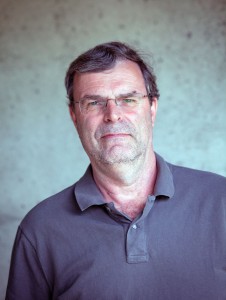 THE SCIENCE IS SOUND

Genetically modified (GM) crops and derived food have been part of our diet since 1996. Without a single documented case of harm, there should be no debate about these products.

In 1987, the United States National Academy of Sciences (NAS) looked at the safety of genetically modified crop technology. It stated: “There is no evidence that unique hazards exist either in the use of recombinant DNA techniques or in the movement of genes between unrelated organisms.”

Twenty-five years later, even the very GMO-skeptical European Commission agreed with the NAS statement in its report, A Decade of EU-funded GMO Research: “GMOs are not per se more risky than conventional plant breeding technologies.”

This has not stopped anti-GMO activists from disregarding globally accepted science. A great deal of false or misleading information about GM crops abounds on the Internet.

Two general categories of safety must be met before any GM crop can be commercialized—food safety and environmental safety.

There have been thousands of studies on food safety. This has led to a global scientific opinion of confidence in GMO safety, according to the American Association for the Advancement of Science: “The World Health Organization, the American Medical Association, the U.S. National Academy of Sciences, the British Royal Society, and every other respected organization that has examined the evidence has come to the same conclusion: consuming foods containing ingredients derived from GM crops is no riskier than consuming the same foods containing ingredients from crop plants modified by conventional plant improvement techniques.”

Critics of GM crops have said there is no long-term testing, but this is false. A 2012 Food and Chemical Toxicology review of “12 long-term studies (of more than 90 days, up to two years in duration) and 12 multigenerational studies (from two to five generations) do not suggest any health hazards.”

In 2012 Health Canada stated explicitly: “The overwhelming body of scientific evidence continues to support the safety of genetically modified food and feed products . . .”

Recently, critics have changed tactics to claim that glyphosate, one of the main herbicides used with GM crops, is a health hazard. Contrary to a recent press release from the World Health Organization’s International Agency for Research on Cancer, 30 years of research on this compound has found it to be safe. A recent German government report looked at more than 900 studies and concluded that glyphosate is not a carcinogen. The conclusions of this huge meta-analysis are important from both food safety and environmental perspectives.

Bees are essential to agriculture. Despite the doom-and-gloom headlines, recent data shows bee colony numbers are again rising according to the U.S. Department of Agriculture, which has stated that there is no connection between GM crops and colony collapse disorder.

In 2010, the United States National Academy of Sciences released a report, The Impact of Genetically Engineered Crops on Farm Sustainability in the United States. The general conclusion was this: “The committee finds that genetic-engineering technology has produced substantial net environmental and economic benefits to U.S. farmers compared with non-GE crops in conventional agriculture.”

The 2013 European National Academies of Science report, Planting the Future, summed up the GMO debate well: “It is vital that sustainable agricultural production and food security harnesses the potential of biotechnology in all its facets.”

Many people fear GM crops because of false information they have heard or read. This lack of accurate knowledge by laypeople cannot dismiss decades of GMO research nor should their fear be used to advance restrictive public policy towards GM crops and food.

GM crops are not a panacea but in order to feed nine to 10 billion people sustainably by 2050, we are going to have to use the best of every type of agriculture: conventional, organic and GM crops.

Robert Wager has been a faculty member in the biology department at Vancouver Island University in B.C. for the past 20 years and is a scientist trained in microbiology, biochemistry and molecular biology. 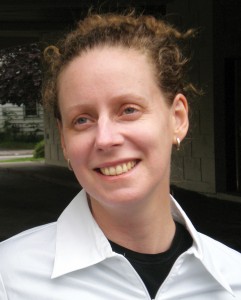 Everyone is talking about GMOs—genetically modified organisms. But what are they? And why does it matter?

The amazing bounty of all the varieties of fruits, vegetables and grains we eat is thanks to farmers selecting and breeding plants for hundreds of years. All of that hard work relied on the reproductive systems of organisms—until now. For the first time in human history, we can put genes from a fish into a tomato. This is very new and different. And it comes with new risks.

Genetic modification (GM) is also called genetic engineering (GE), and it means that scientists can make new plants and animals, using genetic material from totally different species. It’s a powerful technology that, in theory, means we can change foods to have any new properties we imagine.

But theory is different from reality. The reality is that organisms are highly complex, and they also live in a complex environment that can change how they behave. This tremendous complexity of nature means that, even though we can actually move genes from one organism directly into another, we still don’t know all of the impacts—inside the organism and in the wider environment.

When scientists move genes around in the lab, they often see changes they didn’t expect and couldn’t have predicted. This is the fundamental risk and concern about using this new technology. Do we know enough to be releasing GMOs into our environment and food system?

The risks get even more complicated because there’s a lot of money to be made from creating and owning new gene sequences. A critical problem is that our government doesn’t do any of its own safety testing, but relies on data from the companies who own the GM foods and want to get them to market. Most of the science behind the GM foods on our shelves is actually classified as “confidential business information.”

But we often accept risks when there are important benefits, so what are the benefits of GM foods?

Four GM crops are grown in Canada: corn, canola, soy and white sugar beet (for sugar processing). These crops are modified for two reasons. First, most of them are herbicide-tolerant so that the plants can survive sprayings of certain herbicides, while all the weeds around them die. Second, crop plants are genetically modified to be toxic to certain insects.

Herbicide sales in Canada went up 130 per cent between 1994 and 2011. Instead of reducing chemical herbicides, herbicide use has gone up with GM crops. One consequence is a 90 per cent decline in the Monarch butterfly. Intensive glyphosate use on GM glyphosate-tolerant corn in the U.S.- has virtually destroyed the milkweed habitat for Monarchs.

Crops that kill insects might reduce the use of other insecticides, but only until the insects become resistant to the toxin in the plants. This is happening across the United States. More importantly, the plant itself functions as a pesticide, and the toxin it produces can harm soil organisms and other insects.

What does this all mean in the grocery store? Up to 70 per cent of all processed foods could contain GMO ingredients because most of our corn, canola and soy crops are now GMO. But none of these ingredients are labelled as being genetically modified.

Without mandatory labelling of GM foods, how do you know what’s on the shelves? Right now, the only GM fruit is a papaya from Hawaii. And the only GM vegetables are certain squash varieties grown in the United States and a small amount of sweet corn. The latest GM food to be approved is an apple that doesn’t turn brown after it’s sliced—for 15 to 18 days. This is the first GM fruit to be grown in Canada, and it might be on the market at the end of next year.

Genetic modification has, so far, offered little benefit, but it brings great risk. In the meantime, Mother Nature and traditional plant breeding have been very successful at bringing us the foods we need.

Lucy Sharratt works in Ottawa as the co-ordinator of the Canadian Biotechnology Action Network (cban.ca), a campaign coalition of 16 organizations including farmer associations, environmental groups and international development organizations, all of which have various concerns about genetic engineering. 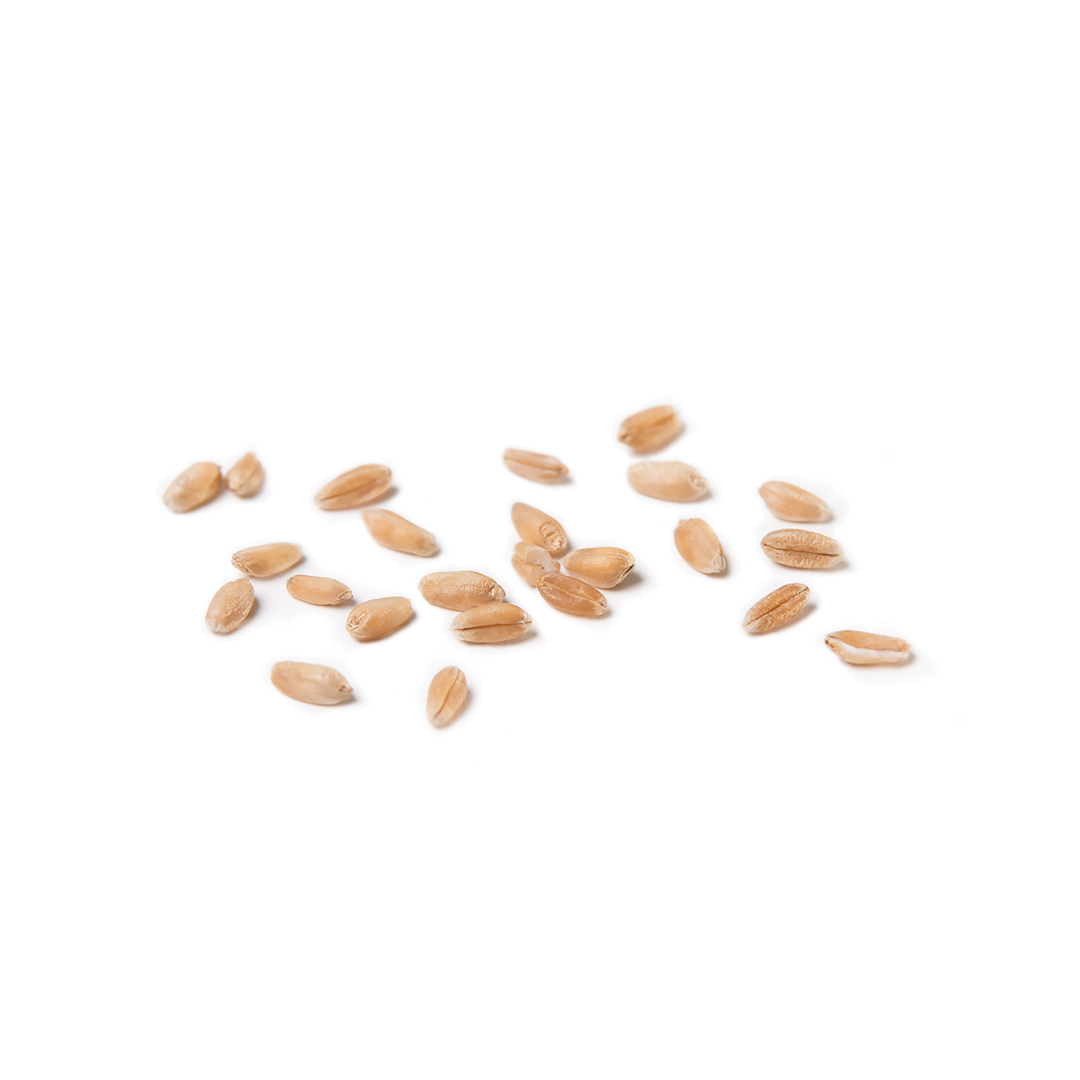