UG99 WHEAT RUST IS MARCHING OUR WAY. SHOULD WE BE SCARED?

A spectre is haunting the world’s wheat farmers, and its name is UG99. Spread by spores that can cross oceans, Ug99 is the latest mutation of a crop disease called stem rust that has been feared throughout history. Known since ancient times, it was considered a curse in what is now Israel. To the Romans, it was a deity to be appeased with sacrifices and processions, lest their crops be destroyed.

The new strain was discovered in Uganda in 1999, and gained virulence as it spread up and down the east coast of Africa. It then jumped the Red Sea to Yemen, and continued on to Iran. It’s even been found as far away as Australia, after winds carried the tiny spores all the way from southern Africa.

Tom Fetch is a Winnipeg-based Agriculture and Agri-Food Canada (AAFC) scientist specializing in stem rust pathology. He has studied Ug99 for the past decade, and said the arrival of the fungus in Canada’s grain belt looks almost inevitable.

“We think it’s more a matter of when it will get here, rather than if it will,” he said.

While Ug99 could arrive in Canada thanks to a hapless tourist coming home from safari, Fetch said, it’s most likely to arrive by natural—and more indirect—means. Like other fungal crop diseases before it, spores could blow from South Africa to South America. And once it makes landfall in the Americas, Fetch said, it’s just a matter of time before it appears in a field near you.

“If it gets to South America, then it’s likely a matter of three to five years before it gets to Canada,” he said.

Such an outbreak would not be a new experience for Canada. Similar outbreaks occurred in 1919 and 1935. Then, in the early 1950s, a new strain of stem rust called 15B swept across the Canadian Prairies in epidemic levels. It spoiled some eight million tonnes of wheat, accounting for around 40 per cent of the total crop.

“When it gets going, it can really cause a lot of damage,” Fetch said. “The potential yield loss can be total, in epidemic conditions.”

Sridhar Bhavani has seen the devastating effect of Ug99 from ground level. Based in Nairobi, Kenya, he is a wheat pathologist and breeder who is co-ordinating screening efforts for the Consultative Group on International Agricultural Research.

Bhavani said comprehensive tests of the Ug99 strain in 2008 and 2009 showed that more than 90 per cent of the world’s wheat varieties are vulnerable to the stem rust, including those used in Canada.

“It is a devastating disease to wheat production, as susceptible varieties can result in 100 per cent losses,” he said. “It is considered a threat to global wheat production.”

As it marched across an unprepared Africa in epidemic levels, Bhavani said, the losses were simply devastating. Some of the more sophisticated farms in East Africa had the resources to fight back against the disease, but still suffered major losses.

“Large-scale farmers were able to avert losses by spraying fungicides,” he said. “However, they still lost 10 to 40 per cent of the crop due to high disease pressure.”

Bhavani said a much larger impact was felt by small, traditional farmers, many of whom were growing heritage varieties and lacked the resources to spray.

“Small-scale farmers lost their entire crop if it was unsprayed and they were growing susceptible varieties,” he said.

After more than a decade of fighting the disease, things are now starting to look up, Bhavani said. Today, after years of research and breeding, there are 45 varieties of Ug99-resistant wheat in the world. Two of these cultivars—Robin and Eagle 10—now occupy about 40 per cent of the wheat area in Kenya.

Preparations for the arrival of Ug99 in Canada are now well underway, Fetch said. After five years and $13 million worth of research, AAFC scientists have discovered three genes that provide resistance to Ug99 infection. In November, the federal government pledged an additional $1.26 million to continue with phase two of this genetic research.

The ultimate goal is to create a strain of wheat that is resistant not just to the Ug99 wheat rust, Fetch said, but to possible future mutations. This will be done by including multiple resistant genes into one plant.

“We want to stack the genes, so you have more than one gene in the cultivars we’re developing,” he said.

The need for multiple resistant genes is illustrated by the experience of Ethiopia, Fetch said, where farmers relied heavily on wheat with a single rust-resistant gene.

“They relied on one single gene called Sr31, and it was effective for several decades,” he said. “But then, when Ug99 came along, it attacked it, and when that gene went down there was a lot of susceptible

“They had all their eggs in one basket … and we don’t want to do that.”

In the meantime, Fetch said farmers should always watch their fields closely and report any strange symptoms. In the case of Ug99, symptoms include raised, brownish-red, blister-like lesions that are elliptical in shape.

The worst-case scenario for farmers is that a large infection breaks out in the southern United States in January, Fetch said. This would generate a large mass of spores, which could then be carried up to Canada by prevailing winds as planting is underway in the spring. Such conditions could lead to widespread infections, and leave Ug99 the whole summer to wreak havoc in Canadian fields.

Areas in Canada likely to be worst hit by a large Ug99 outbreak include much of southern Manitoba and southeast Saskatchewan. A somewhat lesser threat faces Alberta’s southerly parklands and grasslands, as well as southwest Saskatchewan.

Unlike earlier times in Canada, the impact of a stem rust outbreak could be mitigated by the use of fungicides. However, since Ug99 only takes eight to 10 days to produce a new batch of spores, frequent spraying could be necessary.

“It’s not that we would need to panic, because frankly, a lot of growers are spraying fungicides on their crops now,” Fetch said. “But this would increase the cost of production.”

Efforts to prepare for the arrival of Ug99 are also well underway in the United States. Erick De Wolf, an extension plant pathologist at Kansas State University, said the U.S. is quite well prepared for a Ug99 outbreak following five years of preparation, although some work remains.

“We’ve developed resistant varieties, and tested fungicides and application technologies as we begin to prepare,” he said. “There’s also an education effort to communicate some of that to growers.”

“The industry is aware that if it does get to the United States, it’s going to have devastating crop losses,” he said. “We’ve seen the pictures of the devastation in parts of the world where it is prevalent, and it’s horrible.”

Unlike Canada, the United States has in place the Recovery Plan for Stem Rust of Wheat. This public document was prepared in response to a Homeland Security Presidential Directive. The 27-page plan includes vital information on the stem rust life cycle, how stem rust spreads and how to recognize it. It also has information on resistant strains, charts detailing the effectiveness of various fungicides on Ug99, and a list of recognized experts in the field.

“Scientists and farmers must keep on observing as rusts develop new strategies in the arms race of host and pathogen,” Bhavani said.

January 4, 2023
The Russian invasion of Ukraine began on Feb. 24, 2022, resulting in thousands killed or injured, millions displaced and... More
Prev Post MOBILE PEACE OF MIND
Next Post REGULATORS, MOUNT UP 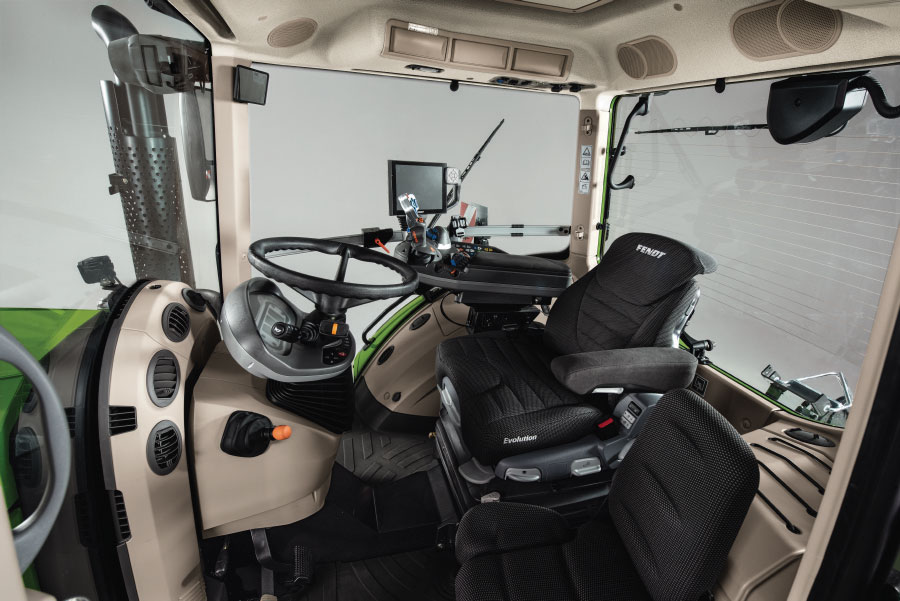