Ravinder and Manjit Minhas have never looked back after launching the Mountain Crest BrewingCompany in 2002 and its signature Damn Good Beer, the Mountain Crest Classic Lager. From a successful operation in Monroe, Wisconsin, in 2006, to opening a brewery in their hometown of Calgary in 2012 the Minhas’ open up about the city they love, their drinking habits and creating a work-life balance.

Question: What’s it like to be doing business back home in Calgary?

Manjit: Calgary is such a melting pot, and there’s so much going on around here where people want to discover something new that can become their new drink. There is a venturing out of tastes and people are discovering that they can enjoy different great beers with dinner and not consider only wine.

Question: What are some of the advantages of having the new microbrewery here?

Ravinder: We were born and raised here in Calgary, so that was our No. 1 advantage because our families are all here. The other one is that Alberta and Calgary have a can-do attitude. Taking this old industrial print shop and making it into a brewery was a major undertaking that took us two years and almost $13 million, but it was made possible because this city and province were flexible—from paperwork and bonding issues to explaining water and gas line protocol—so we could get our brewery running on time.

Manjit: Alberta’s is growing and evolving and isn’t set in its ways like other provinces. There’s a huge influx of new business and of great people with lots of diverse backgrounds and expertise. 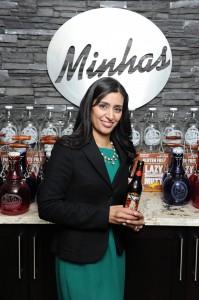 Question: What are some of the disadvantages and challenges you’ve faced operating in Alberta?

Ravinder: The disadvantage of being here has been the instability of government policy when it comes to beer. The brewing industry’s had 10 reviews in 10 years, which includes reviews regarding changing taxation and operation as well as where you can brew and alcohol percentages. Big brewers own 86 per cent of Alberta’s marketshare. About 20 smaller breweries constantly have to fight for predictability and stability in the marketplace. The disadvantage for Alberta has been that brewers are recognizing that B.C. and Ontario, even though the system in Ontario is horrible, due to retail liquor stores being jointly owned by Molson, Sleeman and Labatt, have stable systems. 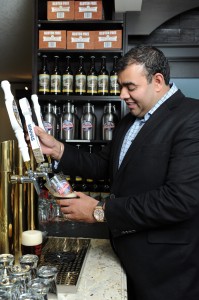 Question: What does Alberta barley bring to the beer?

Ravinder: It’s the taste. The Alberta barley we use has more of a clean and crisp taste, perfect for ales and lagers. As well, with pale ales, the barley is so good because you can brew it in such a way to get less body, so your hop characteristics stand out even more.

Question: You’ve been pushing for social responsibility. Can you explain some of this?

Ravinder: When we were new the industry we saw an article in the Globe and Mail about an MP trying to push a warning label on spirits and beer. We thought, ‘if it’s just common sense, why do our competitors resist it so much? We decided to do it and to focus on the main areas of concern: drinking and driving, not drinking to excess, and if you are pregnant you should not consume any amount of alcohol. So we phased these three messages into our products. Our line at the time was “common sense is not so common.”

We’ve made really good headway with Fetal Alcohol Spectrum Disorder (FASD), which has become a special cause to us.

Manjit: We are in an industry that we feel responsible to be good global citizens, and if we can help even one person from hurting themselves or someone else, why not? 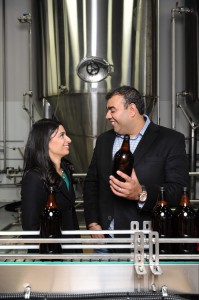 Question: So how did you, two petroleum engineers, venture into the beer business at ages 18 and 19?

Manjit: Our Dad was a mechanical engineer at Pan-Canadian (now Encana) for 15 years but was laid off in 1993. He had a friend that asked, “Hey, do you know anything about booze?” because privatization was opening the door for entrepreneurs. He jumped on board and started a retail liquor store. The timing just happened to be right.

Ravinder: That’s why we went into engineering. From process flow to the brewery’s design, we knew our degrees would help us in the beer business. We wanted to be in and out of school as quick as possible and that timing worked well for an engineering degree.

Question: You obviously live and breathe your business. What do you do outside of work to stay normal and grounded?

Manjit: We drink! You always see us drinking! And at parties, we’re always where alcohol is being served, preferably ours! I’ve been married for half a dozen years now and we have two young daughters so that keeps me busy outside of business. Ravinder’s married, too. Our families are all here and we’re the only siblings in our immediate family.

Ravinder: Also, we stay active in the community. I’m on the Calgary Stampede International Ag Committee, and we are involved with a few other boards. 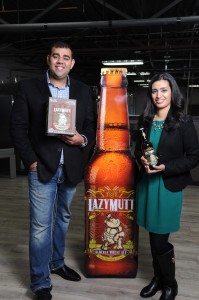 Manjit: It’s great to share your successes with your sibling. We don’t have politics and some of those things that other corporate worlds do because it’s just Ravinder and I that privately own the business. We don’t even have to talk sometimes because we already know what the other person is going to say. Not only do we work together, but we go home and we have dinner at my Mom’s house, and we take our family vacations and basically are doing everything that’s not work together. We do have a life outside of all of this, but it’s still connected and it keeps things fun.

Manjit: We both usually think the same way, not to say we don’t have disagreements, but they’re all fairly minor, and most times they’re good because they make us think outside the box or reevaluate our opinions if necessary.

Ravinder: We push each other in that sense. We’re very close in age, 16 months apart, so we can argue, and even get pretty nasty, but we don’t need to apologize because it’s our sibling.

January 4, 2023
The Russian invasion of Ukraine began on Feb. 24, 2022, resulting in thousands killed or injured, millions displaced and... More
Prev Post LETTER TO THE EDITOR
Next Post THE FARM GATE 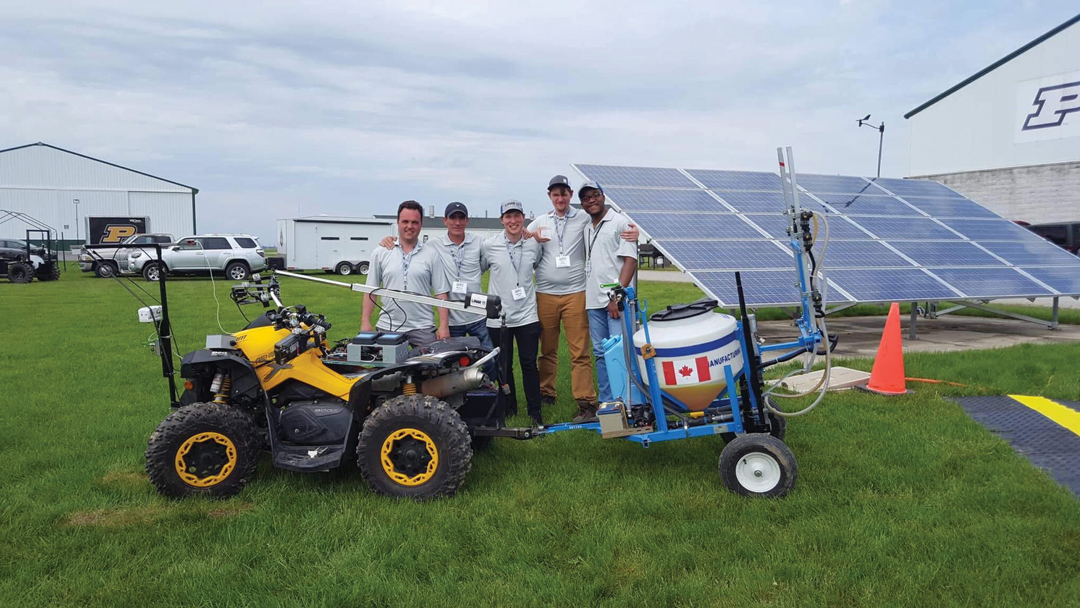