COME BACK FOR MORE

Growing up in the rural community of Walkerton, ON, a lot of Jamie Larsen’s buddies were becoming farmers. And while his friends were thinking about what crops to plant, Larsen was always wondering why they should grow certain crops and how they would do it.

“Yeah, I was always wondering about the science,” the research scientist recalled from his office at the Lethbridge Research Centre. “It’s always been something that really intrigued me. My Grade 7 science project was looking at beans and what soil they grew best in. So I’ve always had an interest in plant science and agriculture, and it’s grown over time.”

This fascination has led Larsen to his current (and very novel) project, perennial wheat breeding, which aims to develop a breed of wheat that will come back year after year after being planted only once. It will be the first of its kind in the world.

The project is currently being funded by Agriculture and Agri-Food Canada.

“It is really cool,” he said about being an innovator in this field. “There’s less than a handful of people doing this in the world. It’s really cool from that perspective, to be a pioneer and be a part of that small group.”

One of those other people is Lee DeHaan, a plant geneticist at The Land Institute in Salina, Kansas, who will soon be working with Larsen on the new strain.

“I love working on perennial grains crop development,” said DeHaan, who has been working on perennial wheat since 2001. “These new crops hold the promise of being able to simultaneously: one, provide abundant human food; two, improve the economic situation for farmers by reducing inputs while maintaining yields; and three, eliminate and reduce the negative environmental impacts that can come from today’s farming practices.”

Larsen and DeHaan see the benefits of perennial wheat as numerous and far-reaching for farmers and the industry. Since it only needs to be planted once, the farmer has significant cost savings in seed purchase, land tilling and fuel. The longer-living plants will be exposed to more moisture and sunlight, requiring less irrigation and reducing soil and fertilizer erosion on the land. Additionally, by occupying the land for longer periods of time (Larsen is working on a perennial that will last two to three years), they help keep out any intruding weeds.

“And with those [perennial roots] in the soil for all those years, it’ll increase the organic matter and its quality,” Larsen said. “The soil traps the water and good stuff, making it a pretty ideal environment to grow a crop in.”

Stephen Vandervalk, vice-president of the Western Canadian Wheat Growers Association and a farmer near Fort Macleod, said, “there would definitely be lots of positives” for perennial wheat, including saving time and money on fuel costs and upgrades to seeding equipment.

“There’s no question,” Vandervalk said, “depending on what they charge for the seed, a perennial wheat would be a huge net benefit for cereals and make it a little more competitive with some of the specialty crops and canola.

“We have significant wireworm problems in Western Canada and it would have to be resistant to that,” he added. “That would be a big factor, especially if it’s in the ground for a couple of years.”

But it will be a while before Larsen knows if the strain will be resistant to pests like wireworm. He said that it will take a minimum of 20 years, but likely more, to develop perennial wheat.

“When I tell people that I’m a perennial wheat breeder, it’s difficult for them to wrap their heads around that,” Larsen said with a small chuckle. “It’s hard to wrap your head around the length of time it will take to develop it, but also what it could do for farmers and the industry.” 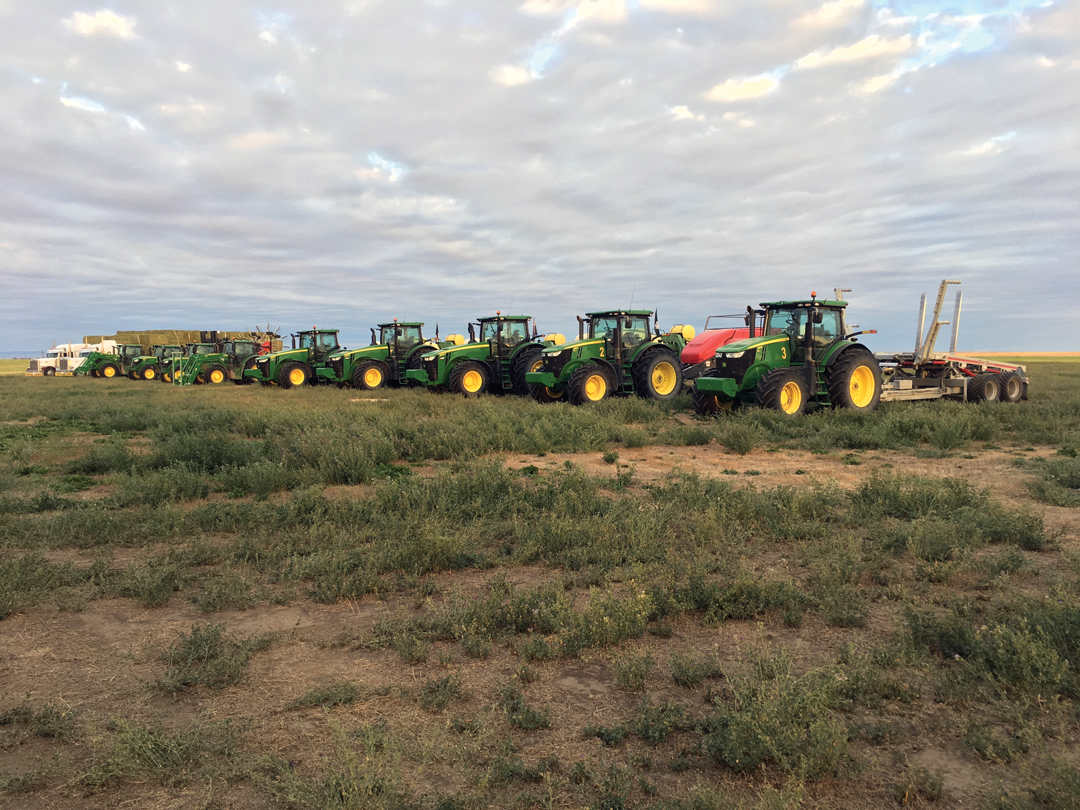 HELP! I NEED SOMEBODY