From Aug. 10-12, the Canadian Malting Barley Technical Centre (CMBTC) and its members held the 2022 Western Canada Barley Crop Tour, the first time in three years the event has been held in person. Approximately 50 representatives from across the barley value chain gathered in central Saskatchewan. The group included maltsters and brewers, Canadian farmers and grain companies, as well as buyers of Canadian barley and malt from around the world. The tour included several beer industry representatives from Japan, one of Canada’s largest malt markets. Among them were technical and purchasing staff from Asahi and Sapporo Breweries.

The CMBTC tries to hold new crop tours in Western Canada every one to two years, which complements outgoing missions to customer countries as part of our market development. In contrast, these incoming tours allow end-use customers to meet the farmers who produce the barley. They also meet additional members of the value chain such as breeders, maltsters and representatives of seed and grain companies, which creates an important learning environment for everyone involved. End-users can ask farmers questions and also offer insight as to what is important to their businesses.

The objective of the 2022 Barley Crop Tour was to show the yield and quality of the 2022 Canadian crop ahead of harvest. Participants learned about new Canadian malting barley varieties now entering the commercial stream, such as AAC Connect and CDC Fraser, as well as additional varieties in development.

Everyone interacted with staff at the Prairie Malt plant in Biggar, which is owned by Boortmalt, one of the world’s largest malting companies. The facility is located in one of Saskatchewan’s major barley growing regions.

Day two of the tour included a visit to the Crop Development Centre (CDC) at the University of Saskatchewan in Saskatoon, SK. It was led by barley and oat breeder Aaron Beattie. The CDC has carried out the development of several world recognized malting varieties such as Harrington, CDC Copeland and, more recently, has registered varieties such as CDC Fraser, CDC Churchill, CDC Copper and CDC GoldStar, all of which are at various stages of commercialization.

Ultimately, these tours serve to reinforce the quality proposition of Canadian barley and are important in promoting new variety acceptance. All this benefits Canadian farmers and the industry.

As one of the world’s largest exporters of barley and malt, Canada must work to ensure new barley varieties with better agronomics and disease resistance gain acceptance in the international market. This will guarantee farmers benefit from improved genetics and barley remains a competitive crop on western Canadian farms. The tours also facilitate long-term business relationships between Canada’s barley and malt value chain and its customers. This is key to maintaining Canada’s position as the world’s premier supplier of high-quality barley and malt to the global brewing industry. 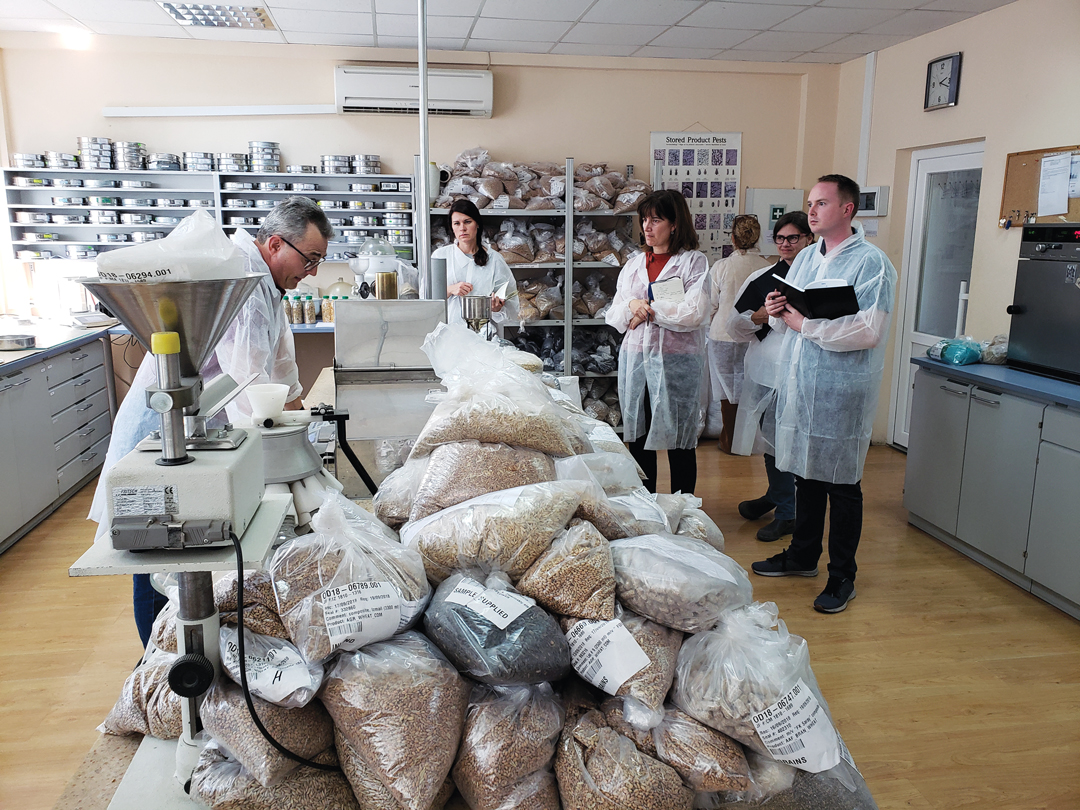