ESTABLISHING A VALUE CREATION SYSTEM IS ANYTHING BUT SIMPLE

While discussions about value creation in the form of alternative variety research funding models have been ongoing for a decade in Canada, wheat and barley acres continue to decline. For many in the industry, this trend gives the issue increasing urgency. Though there may be widespread agreement that a problem exists, opinions are mixed as to the best solution.

PUTTING THE CARDS ON THE TABLE
Established in 2016 and led by Agriculture and Agri-Food Canada (AAFC), the Grains Round Table (GRT) was tasked with investigating value creation models. “The current system of variety development relies heavily on government investment and producer funding through check-offs, which do not cover the full cost of breeding programs,” said Tom Steve, joint general manager of Alberta Wheat and Barley commissions and co-chair of the GRT value creation working group. “There is limited private investment because at 20 to 30 per cent certified seed use, companies have no business case [or] ROI for investing in cereal breeding.”

The GRT aimed to identify opportunities to expand the investment pool in cereal variety development research in Canada, with a major focus on wheat, but including other cereals such as barley and oats.

“Canada is known for producing some of the best wheat in the world and we want to maintain that competitive edge,” said Steve. “What will it take to remain the supplier of choice in the international marketplace? The issue at hand is whether we can create a system where there is a competitive environment with a mix of public and private varieties. Public funding will not go away, but it may move upstream over time into longer-term research as opposed to commercialization of new varieties.”

MODEL BEHAVIOUR
To address the issue, the GRT forwarded two models for consideration. One would involve the collection of an endpoint royalty (EPR) when the grain is delivered to a buyer, whereas the other is a contractual system in which farmers agree to pay a trailing royalty if they save their seed in subsequent years.

In November and December of 2018, AAFC and the Canadian Food Inspection Agency (CFIA) held four industry engagement sessions across Canada to gather feedback on the proposed models. “I attended the session in Edmonton and didn’t feel it was very productive,” said Jason Lenz, past chair of Alberta Barley. “It had a Bill 6 feel to it with a lot of emotion and finger pointing. There was a real lack of communication both before and during the session on how and when the models would be rolled out.”

When stakes are high, emotions often follow suit, but Lenz sees a solution. “There needs to be an economic analysis of both models. At the end of the day, a model must provide some return on investment for producers, whether that is three-to-one or 10-to-one. A value proposition should be presented to farmers so they can make a decision on which one works better for them, and thus far that hasn’t happened.”

Moving east, the Ottawa session may have been thousands of kilometres from Edmonton, but the results were largely the same. “I saw a lot of misunderstandings and lack of information for farmers in the whole process,” said Kevin Bender, past chair of the Alberta Wheat Commission (AWC). “Things are being pushed too quickly with little consultation or details on the benefits for farmers, and that is creating resistance and pushback.”

As yet, AWC and Alberta Barley haven’t taken a position on any proposed models. Both support the right of farmers to use farm-saved seed and they will support a model only if it proves to provide a higher return for farmers.

SEED MONEY
At the same time, the Seed Synergy Collaboration Project partners—the Canadian Seed Growers’ Association, CropLife Canada and four other seed organizations—have endorsed the contract royalty option. It’s one that they say will drive plant breeding investment and benefit everyone in the agricultural value chain.

“A key reason for our endorsement is the range of crops covered by the contract royalty model,” said Todd Hyra, western business manager for SeCan. “Seed variety agreements under this model can apply to any crop where a breeder and distributor wish to use them. As well, the phase-in period for this model means you can ramp up gradually as customers see opportunities for a variety.” Also encouraging to Hyra was a consultant’s report showing greater returns to plant breeders from the contract royalty model versus an EPR system.

Clearly, there is still much to be considered. The engagement sessions were the first step in a three-step plan. Online consultations were slated to begin in December 2018 followed by face-to-face, public sessions in early 2019 for the CFIA/AAFC to present results gleaned from stage one and two in support of a single model. As of mid-January, neither had been scheduled. However the process unfolds, those driving it are well advised to take their time.

“The timeline they showed us was quite aggressive,” said Lenz. “AAFC and the seed industry need to regroup after the first round and perform some due diligence on the questions asked by producers before continuing. They also need to open up the process for broader consultation with grassroots farmers. They may not like what they hear, but if you’re wanting to implement a new model, you’d better listen to the people who are paying for it. Take your time, do it right and find a made-in-Canada solution.”

This desire for a custom-made approach is shared by others in the industry. “We must have a model that is tailored to Canadian farmers,” said Bender. “Maybe it’s one of the two proposed, or maybe it’s another option entirely. What’s critical is that farmers are allowed to use their own seed and the approach improves cereal breeding in Western Canada. In the meantime, we’ll keep moving ahead, but how we do that, and what the final model looks like, remains to be seen.”

Though much time and effort has been expended in finding a solution that works for all, it may prove to be just the start of the process. 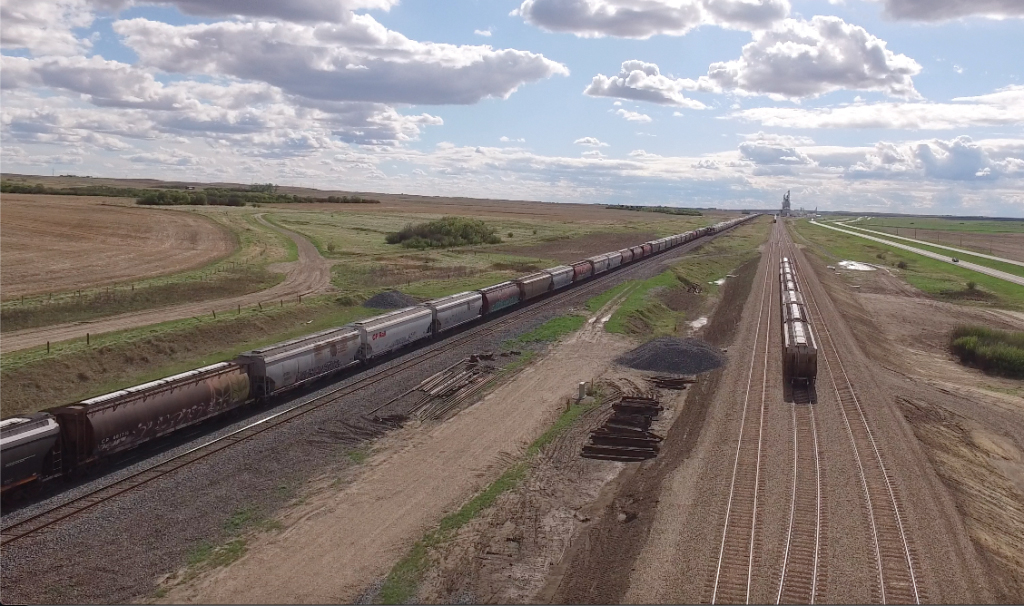