AWC chairman Kevin Auch said 2016 was just the sort of year in which deferring income from one crop year to another made sense.

Auch, who farms at Carmangay, north of Lethbridge, doesn’t expect he’ll need to defer income from the 2017 crop he began harvesting in early August. After a dry growing season, wheat yields were about 50 per cent below average. He carried over deferred income from an above-average yield in 2016 to level his income over the two crop years.

This levelling-out mechanism is an important risk- and tax-management tool farmers hope to preserve. However, the federal finance department announced in early 2017 it was considering scrapping the deferred cash ticket program.

“I am sure it is something the vast majority of farmers use on a regular basis,” said Auch. “For our farm, we probably use it every couple of years. It is a very important management tool. On any given year, you don’t know what your production will be like, so it helps take those peaks and valleys out of your income—more specifically, the income tax you pay.”

“We are not sure why the government is looking at eliminating the program,” said AWC general manager Tom Steve. “In our investigations, it doesn’t appear to be a political decision. Perhaps at the bureaucratic level someone thought, since there is no longer a Canadian Wheat Board, farmers didn’t need the program. But it is still something very much used by producers.”

EASIER TO MANAGE MONEY
Auch said with all the uncertainties involved in agricultural production, the deferred cash ticket takes some of the money management pressure off.

“In a good crop year, a person might have $100,000 in income, and the next year, if the weather turns against you, your income could be zero,” he said. “With the deferred cash tickets, you can transfer income from the good year to the following year. So rather than pay a big tax bill one year, and then claim it back the next in the poor crop year, you level your income out and pay taxes on $50,000 in each of the two years. It’s not about trying to avoid income tax, it’s about just spreading it out over two years. It just makes things easier to manage.”

Stuart Person, director of primary producer agriculture for MNP, said the vast majority of grain producers the accounting, tax and business consulting firm works with use the system. “The immediate impact that would result from going through a transition would be staggering and have serious financial consequences for some farm families,” he said.

Auch agrees it’s unclear what benefit the program’s cancellation would have. “If the government thinks it might save money or increase tax revenue, I believe cancelling the program would have the opposite effect.”

He said if the program isn’t available, farmers likely won’t deliver and sell as much of their crops in high-yield years, opting to leave a portion in storage. If a grain company has a market for a specific product, but can’t acquire it because farmers don’t want to sell, they could miss out on a sale, and the government would subsequently miss out on collecting income tax revenue. “There would be some real negative impacts to the finance department in cancelling the program,” said Auch.

The AWC and other agriculture and commodity associations have discussed the ramifications of its cancellation with the federal finance department, which has yet to make a final decision.

“I’m hoping over the coming months we have another opportunity to explain to officials this program is important to farmers and cancelling it would have a negative impact,” concluded Auch.

September 10, 2021
There are two variables that dictate prices and are out of farmers’ control. First, governments everywhere have long med... More

September 10, 2021
These have been difficult times for the global brewing industry. While estimates vary, as the smoke clears, it appears w... More

September 10, 2021
Canada is known the world over as a satellite system innovator. Though the most-hyped low Earth orbit (LEO) satellite ar... More

September 10, 2021
The Western Grain Elevator Association (WGEA) has called for change to the way Canadian ports are governed. The organiza... More
Prev Post STANDARDIZING SUSTAINABILITY
Next Post WHEN IT RAINS, IT POURS 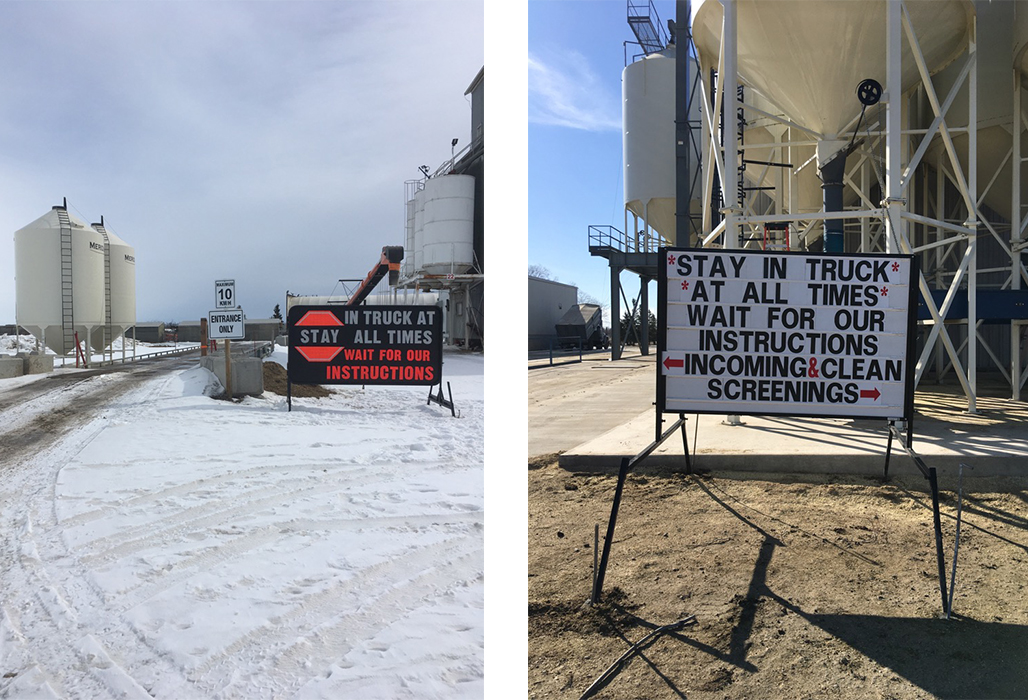 LOCKED UP AND READY FOR BUSINESS

In our special 2021 #agtech issue, we examine inspired gear such as the Daslab TerraSentia robot farm vehicle: https://grainswest.com/2021/09/gear-exploration/