THERE ARE TOUGH TIMES AHEAD, BUT IT WON’T BE ALL BAD

In 2012, droughts, storms and other weather events combined to make grain, cereal and pulse production particularly challenging for farmers around the world. There was an upshot, though: those with a crop to sell had a relatively easy time doing so throughout late 2012 and much of 2013. Forward sales were easy to find, basis levels were wonderfully narrow or even, imagine, slightly positive, and profit margins were healthy for most of the major and minor crops. Many farmers were able to pick up the phone to make a sale and deliver it a week later.

Now? Not so much. Many analysts and farmers have used the word “unprecedented” to describe the yields and size of 2013’s harvest. This wasn’t just the case in Canada, either. Growing conditions last year were stellar the world over—such that Canadian farmers face a crop marketing environment that is the polar opposite of a year ago. In short: It has been very difficult to move crops, and it’s likely to remain this way for months.

Some farmers who booked contracts find their buyers asking them to delay delivery by one or even two months (read your fine print), and many of those who didn’t forward sell find themselves with very little control over the timing of their sales.

If there is a culprit we can point our fingers at, it’s a Canadian rail system that is insufficient for dealing with this year’s bumper crop. Demand is lagging behind supply, to be sure, and it’s also true that farmers complain about rail at the best of times. But the system really is bottlenecked. How badly? As of mid-February, feed mills that supply B.C.’s poultry and dairy industries are continuing to ration their supplies because they aren’t receiving the rail cars they need each week to keep up with demand. Those cars are passing them by en route to Vancouver’s port, where grain exporters and terminals are paying millions in penalties for the extra days that bulk carriers are delayed.

So, where does this leave an Alberta farmer with lots of crop left to sell? Prices are low and logistical headaches abound, but we can still find a number of silver linings to the current sales cloud.

Above-average yields mean “free” bushels to sell, which could go a long way towards retaining a profit margin on your crop. Don’t obsess over a low price per bushel, rather than overall revenue and profit margin. Don’t be stubborn about low prices—be aggressive with your sales strategy.

Demand recovery has also given Alberta’s pork and beef industries a shot in the arm after prohibitively high feed prices in 2011 and 2012.

It’s also helpful to remember that, for some Alberta mainstays including peas, wheat and canola, export demand is relatively strong; the main problems lay in transportation bottlenecks. Those who can afford to ride out the worst of Canada’s logistical challenges shouldn’t have too much trouble finding buyers on the other side. This will be of little comfort to those with cash flow issues, but even they might find some solace in the fact that some lending institutions are sympathetic to this situation and are demonstrating flexibility with regards to crop input payments.

The combination of a lower dollar, clogged rail lines, and higher prices offered in South Dakota and Montana is prompting some growers in southern Alberta to move their crop by truck south of the border, despite added complications of a different system.

One last point: Just because many grain merchants have pulled their bids until the fall doesn’t mean they won’t be buying significant quantities between now and then. As rail capacity becomes available, they will make purchases to fill it. They just don’t have any incentive to commit to purchases ahead of time.

These thoughts may help farmers make the best of a bad situation. As for the future—there’s no better case to make for doing so than our current sales environment. These are the pillars of a good marketing plan, which can greatly increase the likelihood you’ll stay in the black during a year when supply abounds and rail lines struggle. 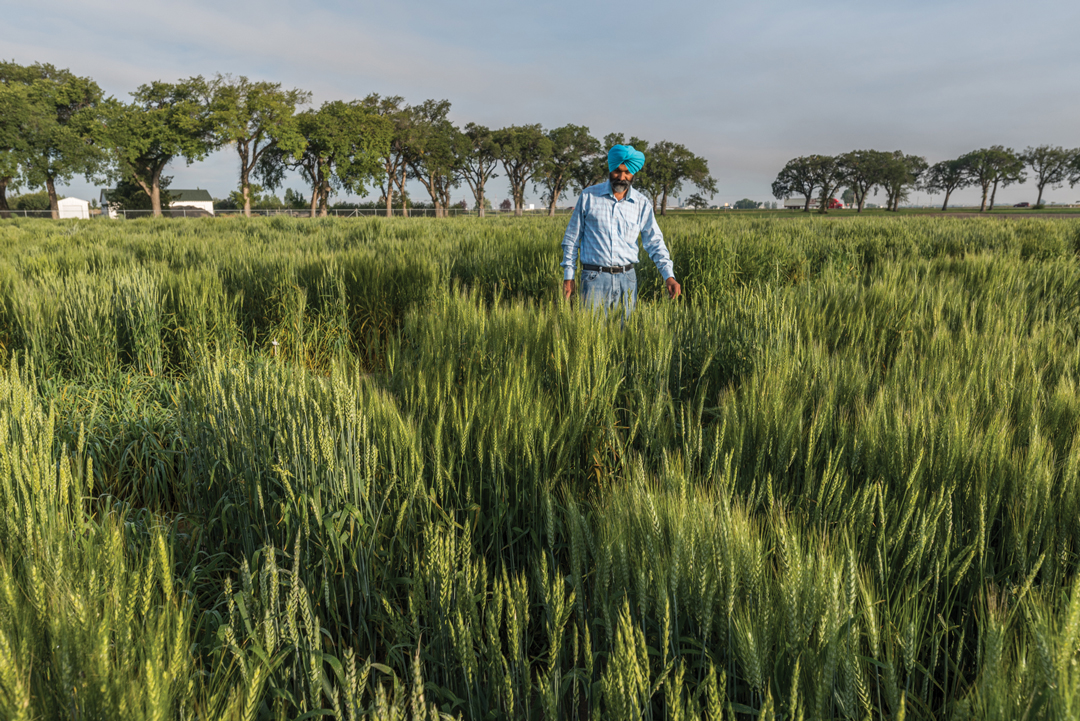 THE SPICE OF LIFE